ALSIP, Ill. (AP) Three hundred. That may be the number of bodies that were dug up from a historic black cemetary near Chicago and strewn in a weeded area or reburied with other bodies so that their funeral plots could be resold, authorities said.

Four workers were charged Thursday in an elaborate and ghoulish scheme to profit from others' sorrows that may have gone on for years, say police.

Flanked by angry family members of the deceased, the Rev. Jesse Jackson said there's "a special place in hell" for those accused in the alleged scheme.

Cook County Sheriff Tom Dart said more than a dozen FBI agents would help sort through the evidence and identify bodies at the Burr Oak Cemetery, as distraught families waited to find out if their loved ones were among those whose graves were plundered.

Many notable black Americans were buried at the site, including civil rights lynching victim Emmett Till and blues legend Dinah Washington. Dart said Till's grave was not disturbed, but that he wasn't sure about the graves of Washington and others. 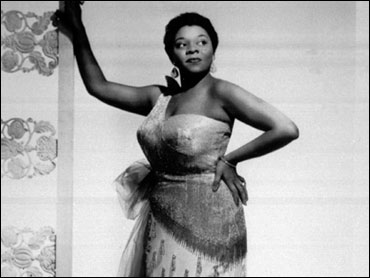 (AP Photo)
Singer Dinah Washington is buried at Burr Oak Cemetery. It's not clear if her grave was disturbed.

Carolyn Towns, 49, Keith Nicks, 45, and Terrence Nicks, 39 — all of Chicago — and Maurice Dailey, 61, of Robbins, have each been charged with one count of dismembering a human body, a felony.

Bond was set at $250,000 for Towns, the cemetery's manager, and at $200,000 for the other three, who are gravediggers. It was not immediately clear whether they had attorneys.

Authorities said Towns also pocketed donations she elicited for an Emmett Till memorial museum. She has not been charged in connection with those allegations.

The Arizona-based owner of the cemetery, Perpetua Inc., said in a statement Thursday that the company is cooperating with investigators.

"We will make every attempt to insure and maintain the dignity of those that have been entrusted to our care," the company said.