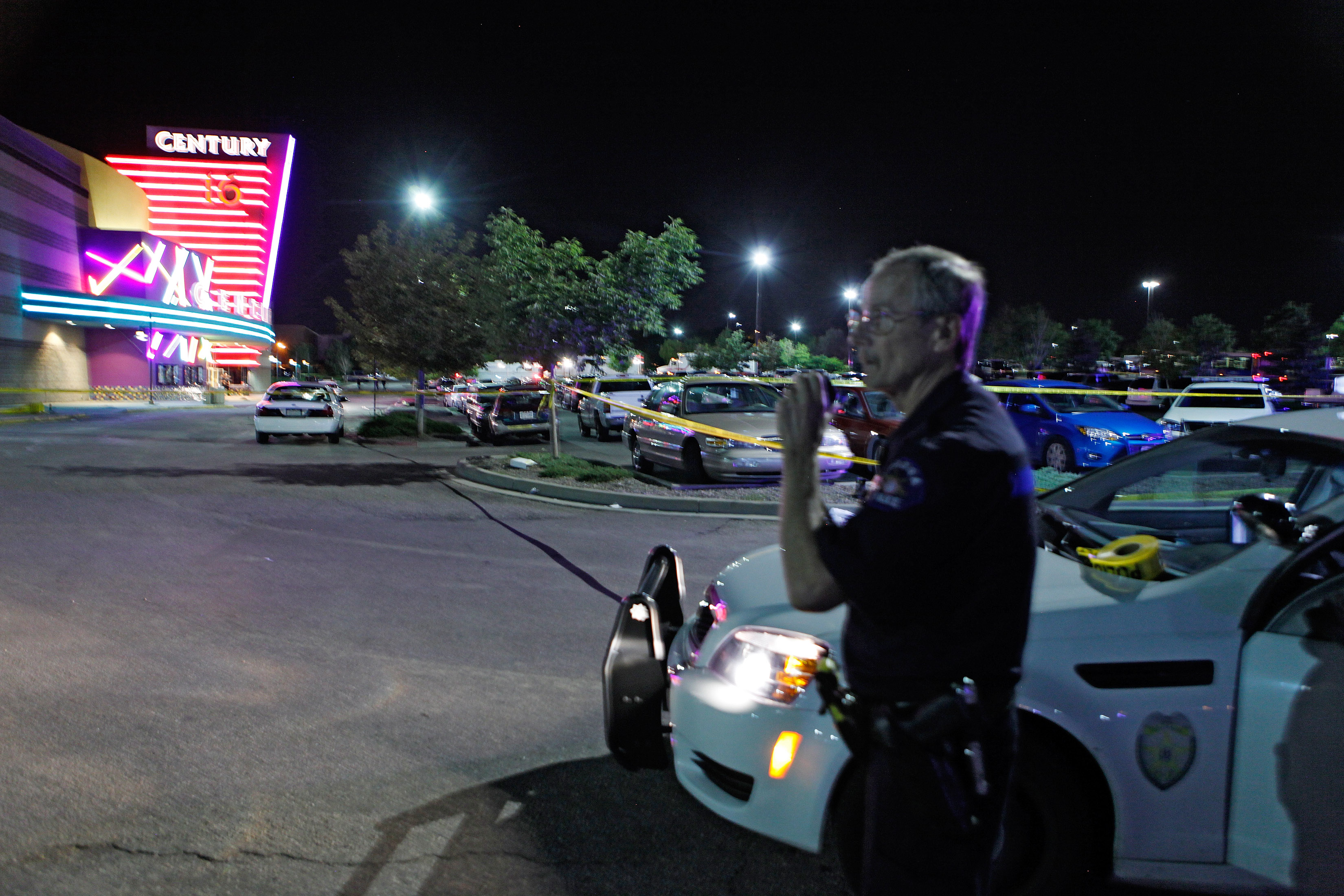 (AP) AURORA, Colo. - Three people wounded in the shooting that killed 12 people at a Colorado theater have filed lawsuits alleging the exit door the gunman used to enter the building should have had an alarm.

The lawsuits filed against the subsidiary of Cinemark Holdings Inc. are believed to be the first. They were filed the same day the company revealed plans to refurbish and reconfigure the theater and have it ready to open by the beginning of 2013.

Additional counts sought against James Holmes Holmes' behavior raised concerns at U. of Alabama
Holmes rejected from U. of Iowa: "Do NOT offer admission"

James Holmes, 24, is accused of killing 12 people and wounding 58 others during a special midnight showing of "The Dark Knight Rises."

In addition to failing to have alarmed exit doors, the lawsuits claim Cinemark was negligent in failing to hire extra security for the midnight showing or generally protect patrons who were sitting in a darkened theater. They also say Cinemark failed to help evacuate the theater even after the shooting ended. The lights were either off or very low even after the gunfire stopped, according to the lawsuit.

Traynom was wounded in the buttocks, while Axelrod suffered bone injuries to his right knee and ankle. Nowlan's right arm was nearly severed by a bullet, and he was also wounded in his left leg.

Meanwhile, Aurora Mayor Steve Hogan was celebrating the announcement that Cinemark will reopen the theater. Cinemark President and CEO Tim Warner advised Hogan of the company's intention by letter before the lawsuits were filed.

In a statement, Hogan said there has been overwhelming support to reopen the theater.

"We will always remember those who lost their lives and the many others impacted that day. While no one will ever forget that day, this is another step in the community's healing," Hogan said.

In a letter to Cinemark, the mayor asked that special provisions be made for a victim and survivor visitation, memorials, and a change to the outside appearance of the building.

Details of the changes that would be made were not immediately available.