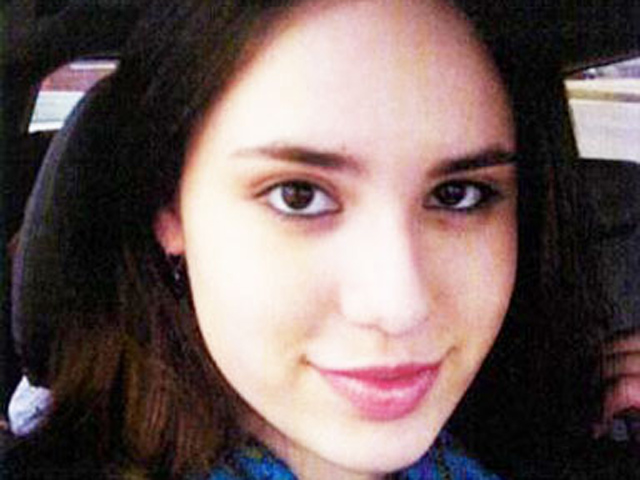 SAN DIEGO -- A jury on Wednesday convicted members of a sadomasochistic triangle in the killing of a Marine's wife, who authorities in Southern California said had innocently befriended the trio but did not participate in their sex activities.

Perez covered his face with his hands as the verdicts were read, while the other defendants stared blankly ahead. All three were also convicted of kidnapping, torture and attempted sexual battery.

Perez and Maraglino were also found guilty of conspiracy to kidnap; Lopez was acquitted of that charge. Each of the three defendants could face a life sentence.

"Our daughter was a beautiful young woman, inside and out," Killgore's mother told reporters after the verdict, reports CBS San Diego. "And unfortunately, she ran across people that were not good ... were monsters, and took her life. She is going to be missed for the rest of our lives."

Killgore had planned to return to Pennsylvania after filing for divorce from her husband, who was deployed to Afghanistan at the time. She was last seen with Perez, who had offered to help her move from her apartment in Fallbrook, a small community next to the Camp Pendleton Marine Corps base.

Killgore's nude body was found near Lake Skinner on April 17, 2012 - four days after she vanished. The mystery deepened when investigators arrested Lopez after finding her in a San Diego hotel room with self-inflicted cuts and what they said appeared to be a suicide note and confession laced with profanity.

Lopez said in the seven-page letter that she shot Killgore with a stun gun, wrapped a rope around her neck, buried her face in a pillow and strangled her.

Authorities said Lopez claimed in the letter that she killed Killgore out of fear that the woman would steal away Perez, whom she described as her "master."

Search warrants gave no indication that Killgore was involved in the sadomasochistic triangle, and prosecutors described her as an innocent victim who had met the trio through a mutual friend.

Prosecutors said Perez took Killgore to his Fallbrook home, which he shared with Lopez and Maraglino. Sheriff's detectives said they found "bondage-type sex apparatuses, toys and tools" at the residence.

At one point, Killgore texted "help" to a friend, prosecutors said.

Defense attorneys acknowledged their clients were involved in bondage and sadomasochism but insisted their activities were consensual.

Lopez's attorney, Sloan Ostbye, called her client "the perfect slave" in the triangle and said her role explained why she authored the letter taking full blame for Killgore's death. Ostbye told jurors that her client was a victim to a "slave" contract she entered into with Maraglino in the bondage and sadomasochistic world, and portrayed her as an abused servant forced to take the blame for a crime she didn't commit, reports CBS San Diego.

"She was known as 'money bitch,'"' Ostbye said. "Her role was not unsimilar to that of a dog."

Soon after Killgore vanished, detectives searched Perez's mud-caked Ford Explorer and found a plastic bag with a stun gun, latex gloves and Killgore's blood. His DNA was found on the weapon.