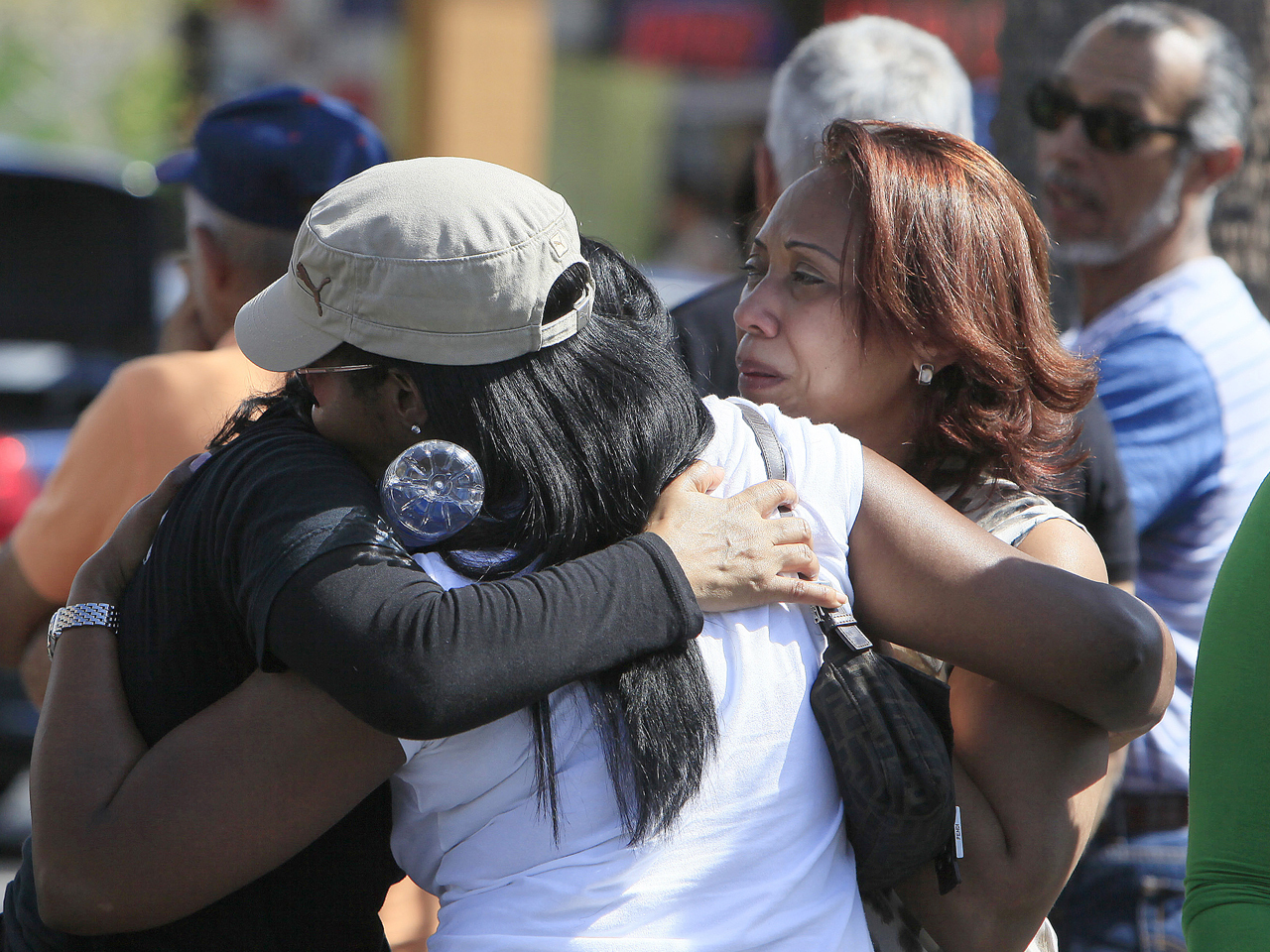 CASSELBERRY, Fla. A gunman opened fire in a central Florida beauty salon Thursday, killing three women and wounding the salon's manager before killing himself at a nearby home, police said. The shooting appeared to be part of a domestic dispute.

The gunman, identified by police as Bradford Baumet, was served with a domestic violence injunction Oct. 9 and scheduled to be in Orange County court Thursday for a hearing with the salon's manager, Marcia Santiago, who took out the restraining order. Their relationship was not immediately clear. Casselberry police say she is in a hospital in serious condition.

About two hours before the hearing was to start, Baumet, 36, entered Las Dominicanas M & M Salon in Casselberry and started shooting, police spokeswoman Sara Brady said. Two women hid inside a bathroom and one ran outside through a back door.

The phone rang unanswered at the salon. Calls to Santiago and the salon's owner also went unanswered.

About two dozen mourners gathered near the salon, located in a strip mall, and police taped off the parking lot. Yellow paper covered the salon's windows. A Dominican Republic flag was hung in the storefront along with a neon sign that read: Hair Cut. Color. Perm.

Authorities said Baumet went to a house about seven miles from the salon where two friends lived shortly after 11 a.m.. Baumet came in very agitated, anxious and upset "about a problem he couldn't fix" but didn't tell the people about the shooting, reports CBS Orlando affiliate WKMG-TV.

Baumet then pulled out a gun and took his own life, police said.

A witness to the salon shooting told the Orlando Sentinel he heard gunshots before seeing the gunman flee.

A phone number listed for Baumet was disconnected.

Casselberry is about 15 miles northeast of Orlando.

A year ago in Southern California, an angry ex-husband donned a bulletproof vest before killing his ex-wife and six of her fellow stylists and patrons at a hair salon, police said. Scott Dekraai is also accused of killing a man in the parking lot. He is awaiting trial on murder charges.