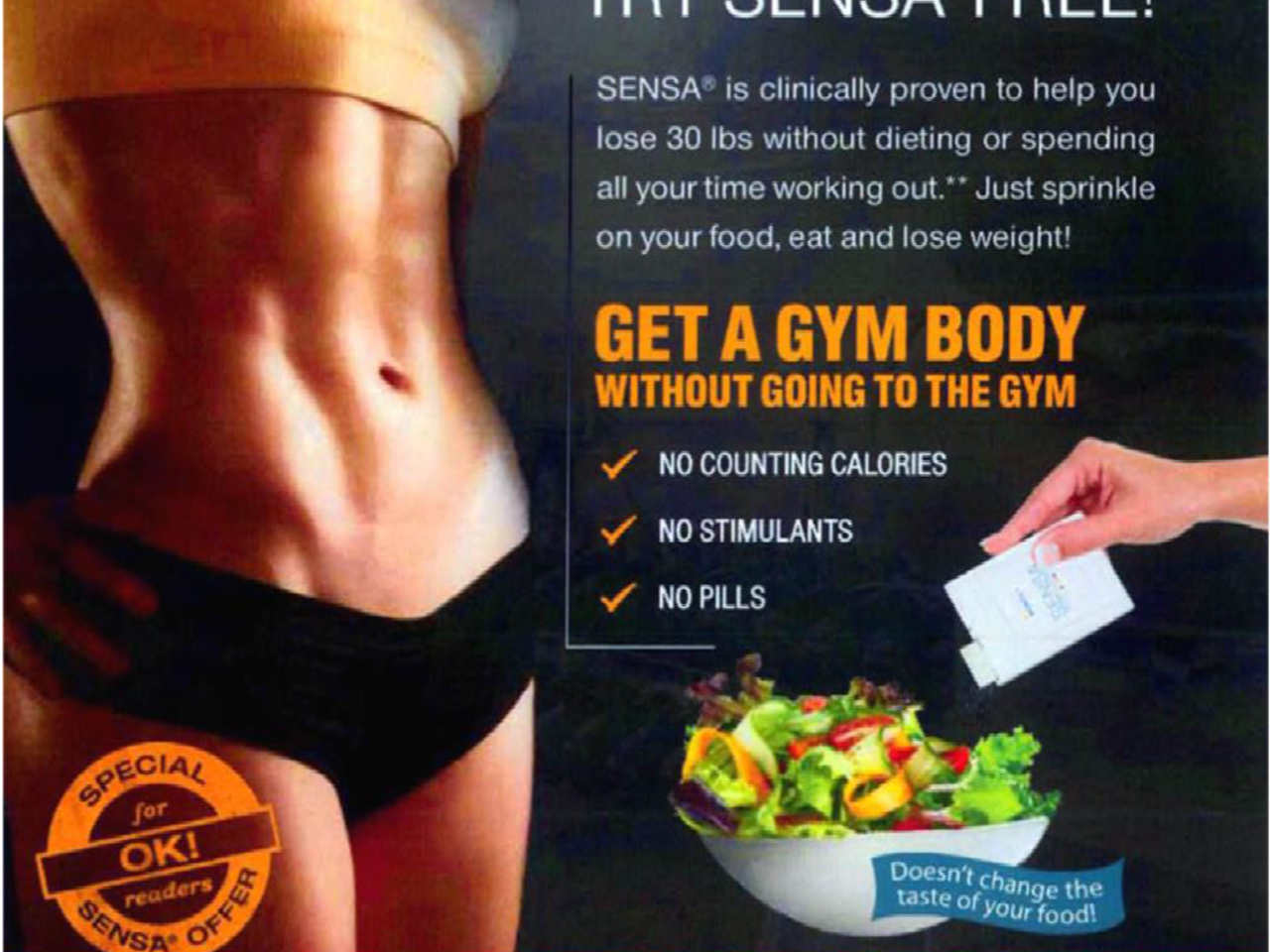 Nearly a half-million consumers who bought the heavily promoted weight-loss supplement Sensa, which was supposed to help people lose weight just by sprinkling it on food, will be receiving refund checks from the Federal Trade Commission, the agency said on Wednesday.

A total of about $26 million in refund checks are being mailed by a third-party administrator (Epiq Systems), with the average check about $54. The actual amounts of the refunds will vary. The FTC noted the checks must be cashed within 60 days of the issue date or they will be void.

In January, the FTC settled a complaint against Sensa Inc. and Sensa Products LLC, alleging their sales pitches were deceptive. The FTC said the company had no scientific evidence to claim the powder would make someone feel full faster, which in turn would make them eat less and lose weight without doing anything else.

In addition, the FTC also accused the marketers of Sensa of not revealing that some of the consumers who endorsed the product were paid ($1,000-$5,000 and a trip to Los Angeles) and that what was billed as an independent study was controlled by the company.

A month's supply of Sensa cost $59. Consumers who have questions about the Sensa settlement can contact the refund administrator at 1-800-420-2914.