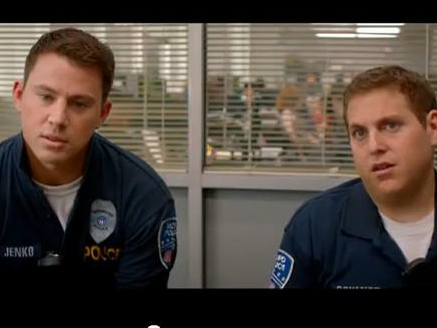 (CBS) The first trailer for "21 Jump Street" is out, but don't look for Johnny Depp resuming his role as cop Tom Hanson (though he does make a cameo in the flick). The 1980s cop TV series has undergone a major makeover for the big screen. In the new action-comedy, Channing Tatum and Jonah Hill play baby-faced cops who go undercover at a local high school.