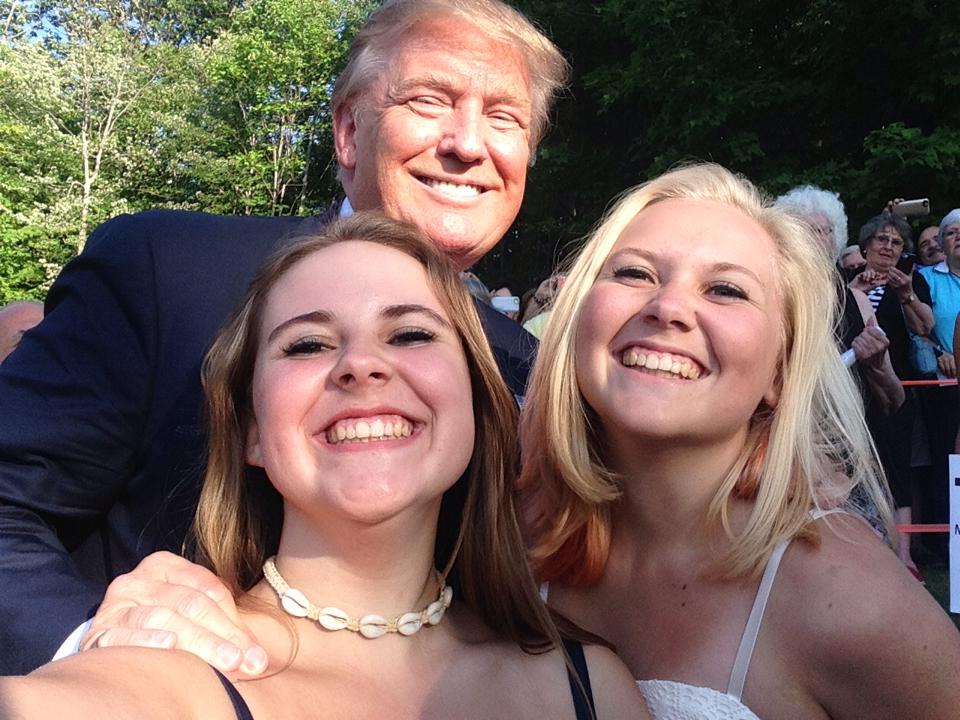 While most their age seek out celebrities, two tenacious teenagers -- armed with their bat phone -- are on a mission to snap a selfie with every actual and potential presidential candidate, reports CBS News correspondent Julianna Goldman.

"Usually we just find a hole and we sneak our way into him," Addy Nozell said.

The two New Hampshire siblings, 17-year-old Addy and her 15-year-old sister Emma, are not even old enough to vote, but their Twitter page, appropriately named @prezselfiegirls, is catching attention.

"We kinda just started with Chris Christie and I just took a selfie and Addy kinda made a challenge to have one with all the candidates. So it's kind of like a fun little summer project we're doing," Emma said.

They've snagged photos with 15 so far, including Jeb Bush, Donald Trump and Lindsey Graham -- twice. Even the self proclaimed selfie hater, Ben Carson -- who called selfies narcissistic and dangerous -- was no match for their charm.

"I went to an event and I went up to him and I was like, 'I know you don't like selfies and I understand that, but if you can take a selfie with me 'cause I'm doing this project with all the candidates that'd be really awesome,"' Addy said.

Gone are the days when presidential hopefuls autographed signs or kissed babies while stumping for votes. The 2016 campaign's most sought-after prize is the selfie.

"Selfies are the cool new thing. It's what politicians' kids are doing, it's what young voters who they want to attract are doing and it's sort of this authentic slice of life," New York Times reporter Ashley Parker said.

Many, like Hillary Clinton, are now selfie experts, posing for dozens daily.

And campaigns are taking notice, building extra time into a candidate's schedule in the hopes that a little extra face time will go far with voters.

"That voter is so excited to have that selfie. They'll go home, they'll put it on Facebook, they'll put it on Instagram, they'll tweet it out and they'll share it with their friends as kind of an authentic way to get people excited," Parker said.

But some say the selfie craze is a distraction and, in the mad dash for president, every minute counts.

"You do four, five, six, seven of those, 30, 40 seconds per selfie, you know, if you're not very good at it, and the next thing you know you're 10 to 15 minutes late to your next appointment, to your next meeting, to your next event," Democratic political consultant Rodell Mollineau said.

While the selfie challenge might seem like just fun, as natives of New Hampshire, and future voters, Addy and Emma are taking their "job" seriously.

"I'll be learning which candidate I would like to have as my president. I'll get to hear all of them," Addy said.

"You wanna know who you're voting for and why. You don't want to be like that name sounds cool and just check it off. You want to have a valid reason to vote for them," Emma added.

Next on their list is Marco Rubio, who is campaigning in New Hampshire Monday and then, on to Rick Santorum and Rand Paul. They have yet to snap photos with Clinton and Bernie Sanders, whose crowds, they said, have been too big.