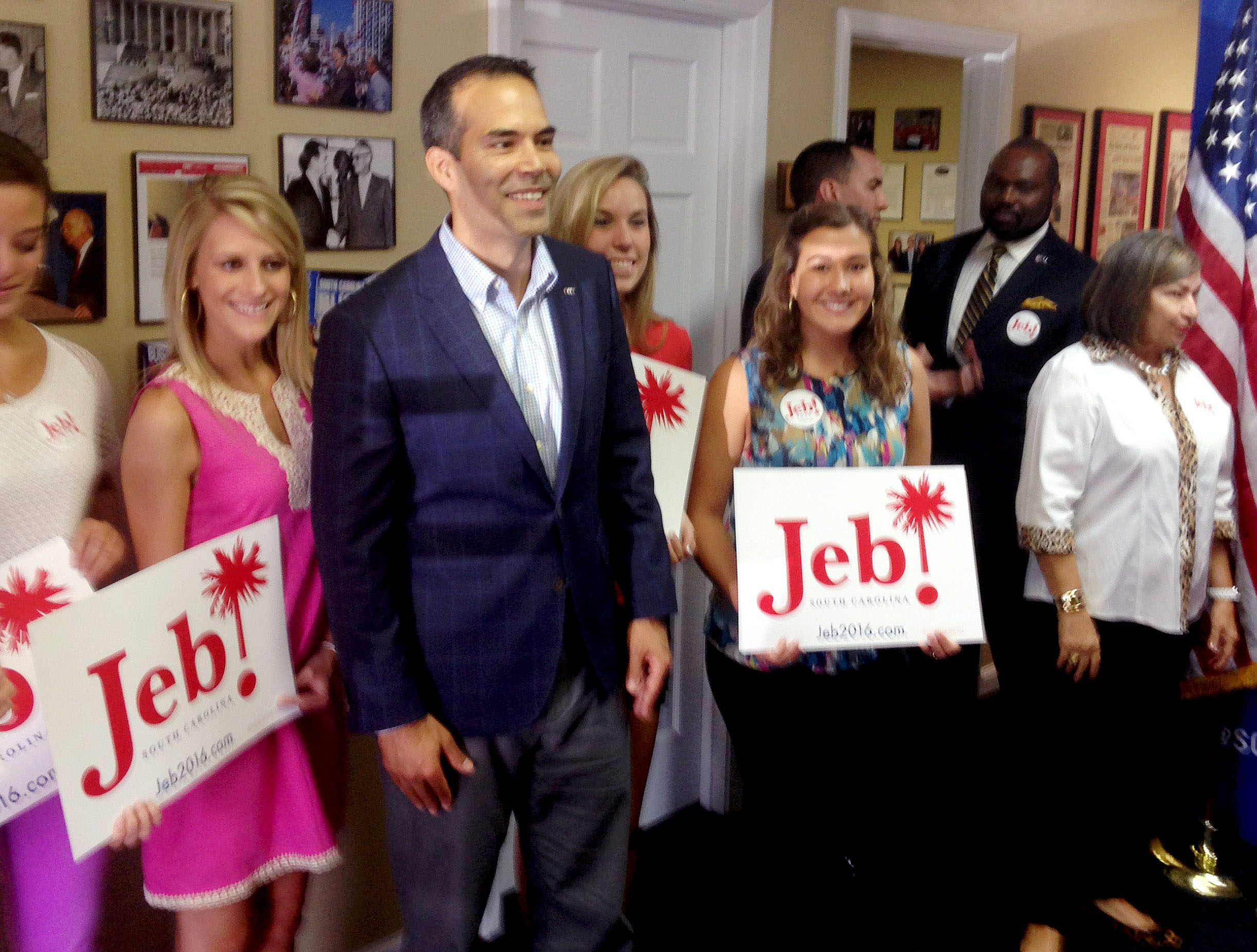 The political tradition of bringing the family out on the presidential campaign trail has a long history, and now with the rise of better, faster broadband and an array of social media, there are even more ways for the candidates' kids to lend a hand.

Matt and Alex Walker, Wisconsin Governor Scott Walker's sons, have been pitching in since the beginning, even emceeing his presidential announcement event.

Twenty-one-year-old Matt and twenty-year-old Alex, at Marquette and the University of Wisconsin-Madison respectively, have enrolled in their fall classes, but they'll take field trips to their father's campaign whenever they can.

One area where Walker welcomes their help is social media. Although he's one of the younger White House aspirants, it's probably a relief to be able to hand off his Snapchat account to Matt from time to time. Matt oversees the account when he travels with his father, shooting off updates to followers before or after his father's campaign stops.

Both sons also plan to contribute to Walker's campaign from campus, since they're active on Twitter and other social media platforms. Their integration to this point into their father's campaign has been pretty smooth, but there are dangers, warned Julian Zelizer, a political historian at Princeton.

"The more out front a child is, the more the press is willing to go after them and report everything. You want to be careful just to guard their privacy. I think that's another reason candidates are really careful in using this relationship," Zelizer told CBS News.

The Walker kids' involvement in their father's presidential campaign is extensive but far from unusual. Voters, Zelizer also pointed out, "want to imagine a traditional family in the White House, and the children become part of that."

The Walker sons don't always see eye-to-eye with their father on the issues. After the Supreme Court ruled in favor of same-sex marriage in June, Walker posted on Facebook that it was a "grave mistake." His sons disagreed, and told CNN in an interview that they had told Walker they supported same-sex marriage, but, Matt admitted, they "aren't necessarily changing his stances on any issues."

New Jersey Gov. Chris Christie's kids, Andrew, Sarah, Patrick and Bridget, have also been active in their dad's campaign. Like Matt and Alex Walker, they're keen on social media, and they, too, are fond of snapchat. The four took over Christie's snapchat account entirely for a few days in August, while the governor campaigned at the Iowa State Fair. Christie's wife Mary Pat, meanwhile, posted to his Instagram account.

In the Bush family, presidential campaigns course through the family bloodlines.

George W. Bush's involvement in his father's campaign revealed an early aptitude for the stuff of presidential politics."He was a hardball political operative and he was really wiling to encourage the 1988 campaign to use the most cutthroat tactics" Zelizer said, adding that Bush, "was actually very effective politically in helping his father".

Now, as Jeb Bush runs for the White House, his sons George P. and Jeb Bush, Jr. are reprising that role.

George P. Bush, who is 39 years old, and his younger brother Jeb, Jr. (31), are proving to be key surrogates for their father's campaign. The two have been tasked with helping the campaign reach out to Hispanic voters and young people, in addition to raising money.

George P. has already embarked on his own political career - he was elected Texas Land Commissioner last year. This doesn't seem to have slowed his efforts on his father's behalf, though: he has already made campaign stops in Iowa, New Hampshire and South Carolina so far. He even filed his father's paperwork several weeks ago to appear on the South Carolina Republican primary ballot and later met with young voters.

The two sons also head the campaign's young donor program called Mission Next, raising money in $50 and $1,000 increments for Bush. Jeb Jr., who does not hold elected office like his brother, has been an active fundraiser for the campaign.

Undoubtedly one of the best-known candidate's kids on the trail this cycle will be Chelsea Clinton. She is no stranger to the rigors of campaigning or the scrutiny of being part of the first family. She was a child going through her awkward years in full public view while her father was president, and by the time Hillary Clinton last ran for president, then-28-year-old Chelsea had emerged as a powerful campaign force. She crisscrossed the country, focusing on college campuses, carrying her mother's policy points far and wide.

Clinton campaign officials said earlier this year that the Chelsea, who is 35, along with former President Clinton, would again play a part in Clinton's campaign. But in an effort to keep the focus on Clinton herself and connect with voters, Chelsea has not yet appeared as a surrogate on the campaign trail.

Chelsea did appear alongside her mother in June on Roosevelt Island in New York City, where Clinton held her first formal rally a month after announcing her bid. A smiling Chelsea and her husband, Marc Mezvinsky, joined Clinton on stage following her speech, giving her hugs and waving to the crowd.

Zelizer said that Chelsea could be "a huge asset" to her mother, "not in terms of her appearances, but because she is very smart and savvy, and she can help Hillary Clinton bring out some of her more personal side."

The former, and possible future, first daughter was the subject of two deep profiles published online recently in the Washington Post and Vanity Fair, which in part focused on her new, more prominent role at the Clinton Foundation. As often was the case during the 2008 election, Chelsea declined to be interviewed for either.

Though no timeline has been set, a Clinton aide recently said that Chelsea might take on her more formal role with the campaign late in the fall. She may not be on the trail yet, but she's already inspired one campaign song on behalf of her mom's campaign, called "Chelsea's mom." The band, "Well-strung," posted this music video on Youtube:

Whether Chelsea appears in person on the campaign trail or not, she remains an important presence. Clinton frequently mentions Chelsea, and her baby daughter Charlotte, when speaking about early childhood education, one of Clinton's highest priorities.

"From literally the beginning of her life, we've been reading, talking and singing to her," Clinton said recently about Charlotte at a town hall in Claremont, reprising a joke she tells often on the trail. "I probably have another 8 months of singing to her because when Chelsea was 18 months, after I'd sung to her every night while I was putting her to bed, she reaches up with her little finger and puts it on my mouth and 'no sing, mommy, no sing.'"