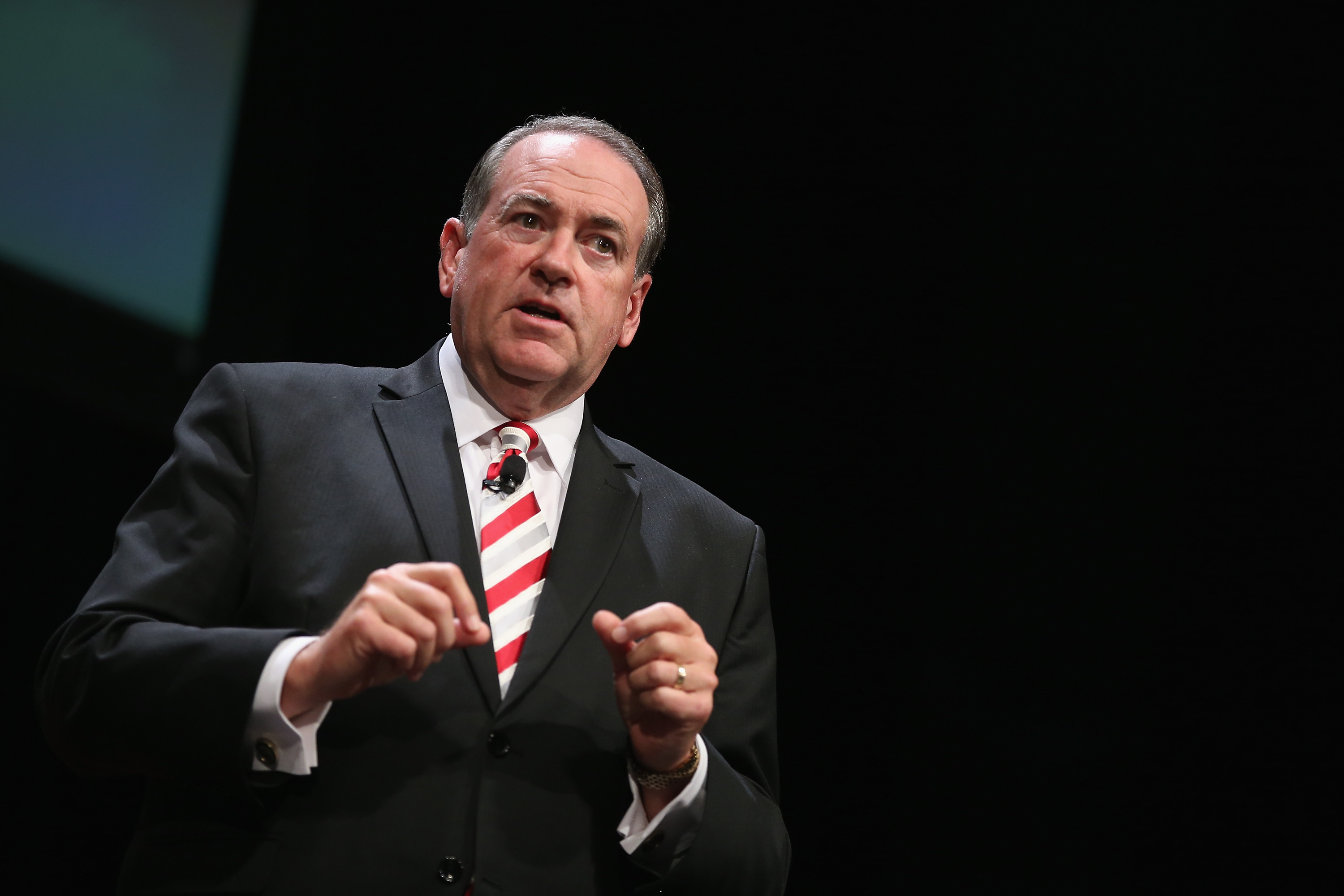 ATLANTA -- Republican presidential hopeful Mike Huckabee heads to Israel this week to raise money and meet "with a number of officials" to discuss the Obama administration's nuclear deal with Iran.

The former Arkansas governor opposes the agreement, like nearly all his fellow Republicans.

Huckabee says the accord, announced in July by the United States, Iran and five other nations, would essentially arm a terrorist state. "The Iranian government is not to be trusted," Huckabee said, announcing his trip Sunday on CNN's "State of the Union."

"We're being pushed to get into a deal that gives us nothing, but gives the Iranians the capacity to ultimately end up with a nuclear weapon, and that's just insane," Huckabee said.

Campaign spokeswoman Alice Stewart said after Huckabee's remarks that he leaves Tuesday, but she declined say whether the candidate will meet with Israeli Prime Minister Benjamin Netanyahu, who says the nuclear accord represents an existential threat to his country. Stewart, citing security concerns, says the campaign will provide details of the "brief trip" only after Huckabee returns.

Huckabee's trip comes just weeks after he drew international headlines for declaring that the deal"is marching the Israelis to the door of the oven." Several American Jewish politicians, the Anti-Defamation League and some Israeli leaders chided Huckabee for the Holocaust reference. He stands by it, noting the history of Iranian leaders who have advocated for Israel's annihilation.

Blasting the Iran deal and affirming a kinship with Israel is a staple for nearly all the 17 major Republican presidential candidates, but U.S.-Israeli ties are a particularly important component of Huckabee's appeal to religious conservatives in the Republican base.

Many American evangelicals view the nation of Israel as the modern iteration of the Old Testament Israelites designated as the chosen people of the Judeo-Christian God. Huckabee, an ordained Southern Baptist minister, noted Sunday on CNN that he's traveled to Israel "dozens and dozens of times" since his first trip in 1973.

Those same evangelicals formed the core of Huckabee's support in his 2008 presidential bid, when he won the Iowa caucuses and seven other primaries in states where religious conservatives hold considerable sway.

Huckabee said Sunday that he has campaign organizers in 71 out of Iowa's 99 counties, along with 32 of 46 counties in South Carolina, another early voting state where Huckabee finished a close second in 2008 to eventual nominee John McCain.