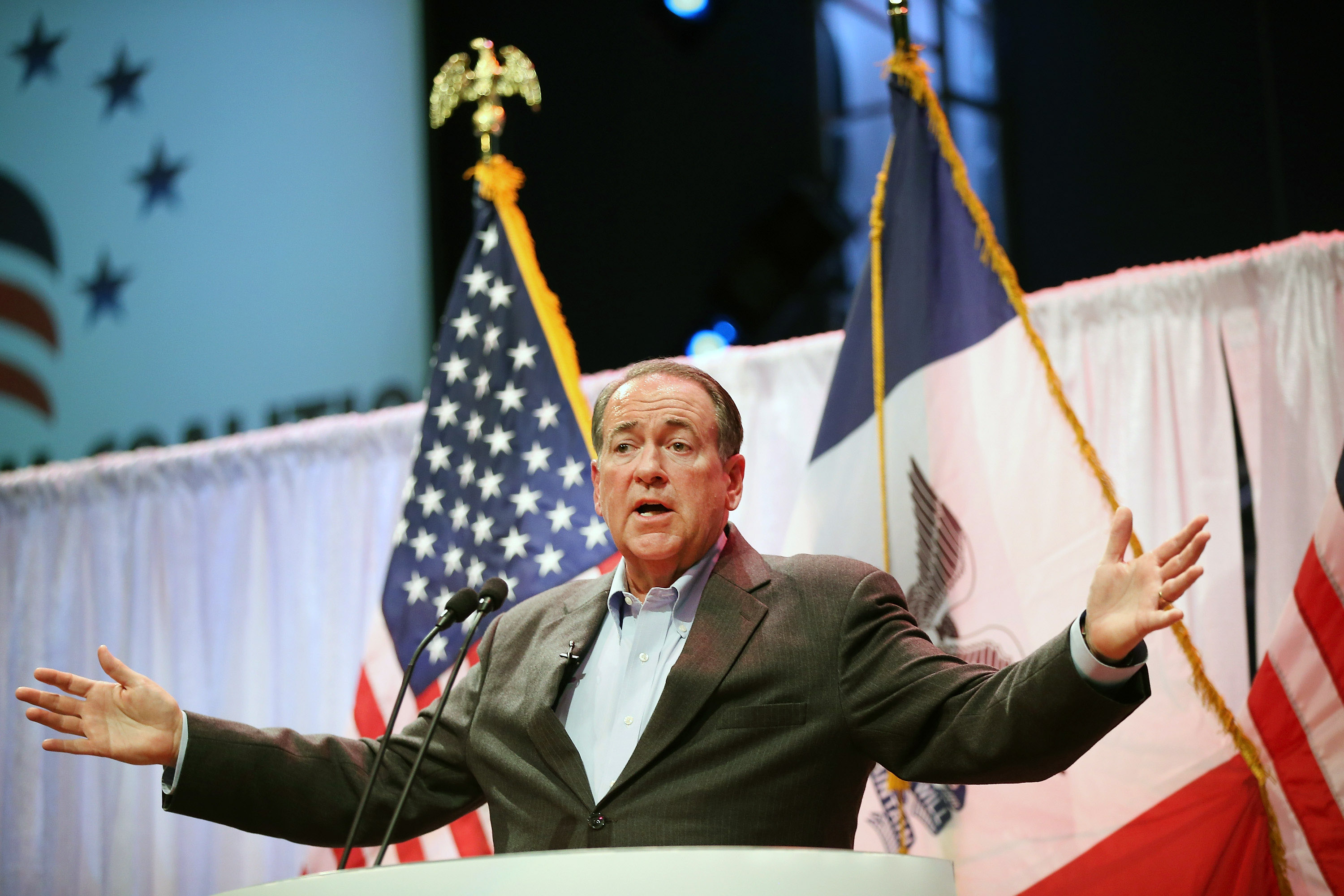 Republican presidential candidate and former Arkansas Gov. Mike Huckabee gave a scathing criticism of President Obama and the recently negotiated Iran nuclear accord, saying it would bring the Israelis "to the door of the oven."

"This president's foreign policy is the most feckless in American history," Huckabee said Saturday in a Breitbart News interview that aired on a Sirius XM radio channel. "It is so naive that he would trust the Iranians. By doing so, he will take the Israelis and march them to the door of the oven."

In Breitbart's transcript of the interview, which Huckabee's campaign confirmed as accurate to CBS News, the former Fox News television host went on to call the deal "idiotic" and said that it "should be rejected by both Democrats and Republicans in Congress."

"I read the whole deal," Huckabee said. "We gave away the whole store. It's got to be stopped."

Huckabee's comments come as members of Congress ready themselves to review the deal, meant to curb Iran's nuclear program, over the next two months. While Congress cannot halt the entire agreement from taking effect, it could potentially stymie the removal of the toughest economic sanctions.

Several Republican contenders for the White House have also denounced the nuclear agreement struck between the United States, six other world powers, and Iran. Huckabee's recent comments, however, have already drawn fire from Democrats for the "cavalier analogies" to the Holocaust.

"This rhetoric, while commonplace in today's Republican presidential primary, has no place in American politics," Democratic National Committee Chair Rep. Debbie Wasserman Schultz said in a statement. "Cavalier analogies to the Holocaust are unacceptable. Mike Huckabee must apologize to the Jewish community and to the American people for this grossly irresponsible statement."

America, the former Baptist preacher said, needed to "come to grips with a 42-year nightmare of taking babies from their mother's womb."

After sting videos showed Planned Parenthood employees speaking with undercover anti-abortion activists allegedly about the sale of fetal tissue for research purposes, many in the GOP have called for defunding the health clinics.

"The fact that they are getting between $500-540 million of taxpayer money is really a disgrace," Huckabee said. "It is disgusting to fund an organization like Planned Parenthood that chops up babies and sells the parts like parts to a Buick."