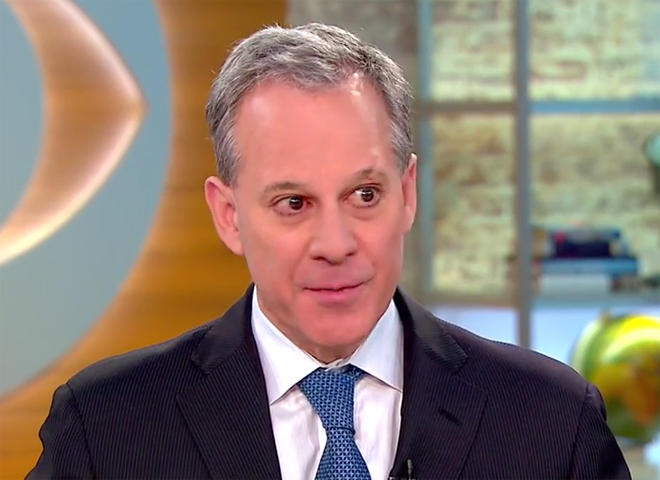 A group of Democratic attorneys general is condemning President Trump’s immigration and travel crackdown. The AGs from 15 states and Washington, D.C., promise to “use all of the tools of our offices to fight this unconstitutional order and preserve our nation’s national security and core values.”

Beginning Saturday, thousands protested at airports across the U.S. against the detention of refugees, as well as holders of valid U.S. visas and green cards, from seven majority-Muslim nations: Iraq, Syria, Iran, Sudan, Libya, Somalia and Yemen. Protests expanded on Sunday to numerous cities and airports, and are continuing today.

Four federal judges issued stays on parts of the executive order, demanding that refugees in transit be released and not returned to their countries of origin, but lawyers representing some detained travelers claim that the administration is not fully complying with the judges’ orders.

Appearing on “CBS This Morning” Monday, New York State Attorney General Eric Schneiderman said he expects the fight over the president’s executive order to reach the Supreme Court. “As my colleagues and I stated, we are all in agreement that portions of this executive order are unconstitutional and ultimately will be struck down,” he said. “We are very concerned about people who will hurt between now and that ultimate ruling.”

He said that the judges who issued stays have recognized that “there is a likelihood of success on the merits of claims that the provision to stop all people from seven countries that were arbitrarily identified violates their rights to due process and equal protection.

“Other provisions of the executive order raise questions under the Establishment Clause [of the Constitution], which prevents you from discriminating based on religion, and there’s problems with a federal statute that was explicitly passed to stop the government from excluding people just based on national origin. So it’s got a host of constitutional infirmities.

“But while we are working our way through the courts, our colleagues and I are committed to trying to protect the people who are going to be hurt in the meantime.”

Schniederman said he and his fellow attorneys general, representing more than 130 million American people, are working to ensure that the names of detainees are released. “One of the big problems that the lawyers trying to represent the detainees have is, they don’t know exactly who is being detained. We also are concerned that the federal orders that have been issued by four federal district judges are not necessarily being complied with. So we’re taking actions to ensure that the orders are complied with.

“For me, I want to know if there are any New Yorkers being detained. We know at least one person who is a graduate student on their way to one of our state university campuses detained. Are there more of those?”

He said there are two separate issues to be addressed: “The executive order itself is objectionable; we think there are many provisions that are unconstitutional.  But the way it was rolled out, with no notice, no instructions to the people that are actually on duty at the airports, and the anecdotal evidence lead us to conclude that it’s being applied inconsistently, and there’s no transparency to the process.”

He said it is still unknown exactly how many people have been detained at airports all around the country.

“The White House put out a statement of numbers. We have no reason to believe that statement is accurate. Homeland Security reversed itself yesterday saying don’t detain green card holders. It’s chaos out there,” Schneiderman said.”

“We have a federal system, and if the federal government is not going to give you the real facts, they’re going to stick to ‘alternate facts,’ those of us at the state level have to step into that breach, protect the people we represent, and present the truth to the American people.”

In an interview last week with the Christian Broadcasting Network, Mr. Trump said that Christians in Syria have been “horribly treated,” and that it was “almost impossible” for Christians to enter the United States compared to Muslims. “I thought it was very, very unfair. So we are going to help them.”

That statement, Scheiderman said, is “directly in violation of the Establishment Cause of the Constitution. You can’t favor one religion over another. That is one of the bedrock principles of the United States of America. And for your him to say that in such a cavalier way is a reflection of a total disregard for the Constitution and the rule of law.

“And that’s what I think is so upsetting to so many people. This is not a matter of liberal versus conservative; this is a matter of those of us who believe in the rule of law.”

While the White House has declared that the executive order is not a religious ban, Schneiderman disagreed.

“The executive order specifically refers to religious minorities within the countries at issue, so [in] the part of the world he’s talking about, the religious minorities are Christians. It’s not too hard to connect the dots there, to connect what’s in the order to the statements he made on television. It’s pretty clear this is an order that seeks to favor Christians over Muslims.”

He also said the order, which was promoted as ensuring safety, actually makes Americans less safe.

“There’s no question in my mind. Anyone involved in law enforcement, anyone involved in international security can see that this is an order that makes us less safe. It will result in retaliation. There’s already been a heinous hate crime committed after this.

“Provoking a conflict with 1.6 billion Muslims, most are whom are law-abiding, overwhelming majority of them are law-abiding people just seeking to go about their lives  they’re our allies, and friends. We have almost 1,000 NYPD officers who are Muslims. Picking a fight with an entire religion is anti-American, counterproductive, and makes us less safe.”