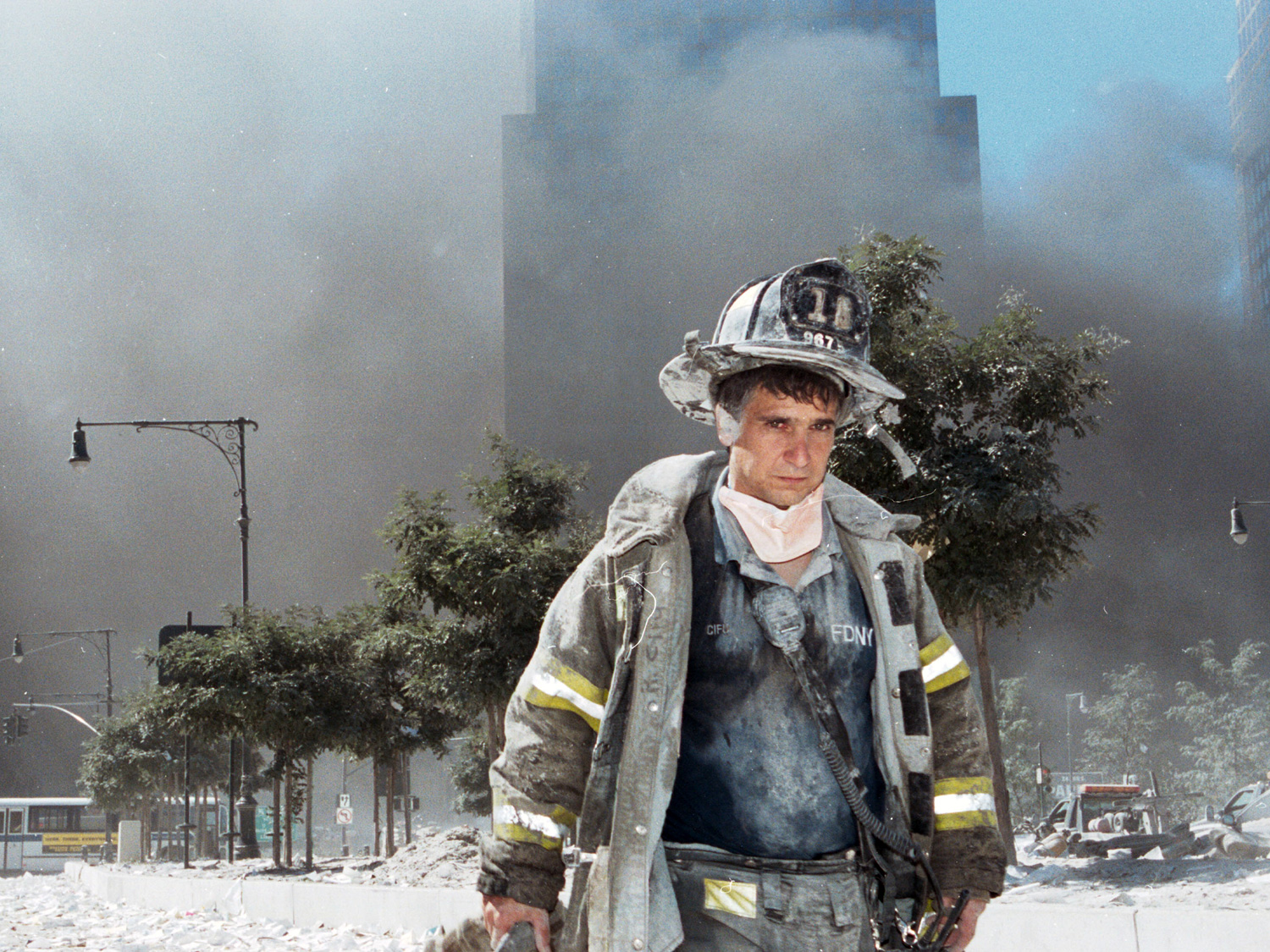 When ten million of tons of building, mixed with 91,000 liters of jet fuel, collapse into a smoking heap, an incredible variety of pulverized materials rise into the air.

Though no one took samples of the plume that rose up from the World Trade Center on 9/11, samples of the dust that filtered down in the following days and gas emanating from the pile have given a glimpse of what rescue workers and others breathed in: heavy metals from computers, cellulose from paper, shards of metal and stone from the buildings’ walls, calcium carbonate from the tons of smashed cement, fibers from rugs, fragments of glass and burned hair.

The NYC EPA’s conflicting reports in the days after the disaster—air pollution levels seemed safe, yet rescue workers should wear bulky respirators—appear to have contributed to the ongoing public health crisis of “World Trade Center cough,” lung disease, and increased cancer rates in rescuers and those who worked nearby.

In an interactive feature, David Biello at Scientific American shows microscopic mugshots of the culprits and describes what scientists have gleaned about the environmental effects of 9/11 in the last ten years.