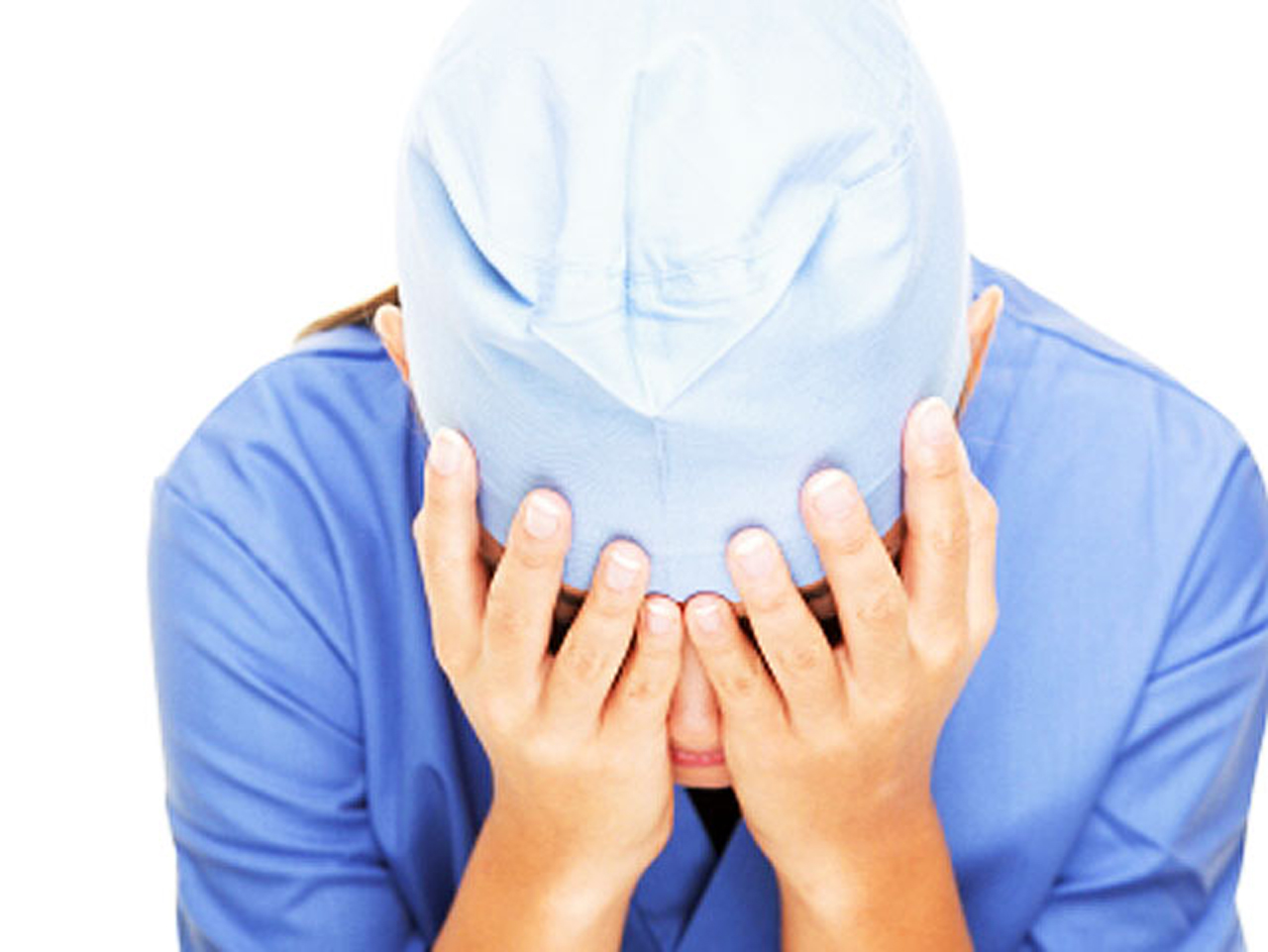 (MoneyWatch) If you are brilliant, ambitious and gifted in science, you may consider becoming a doctor. If so, think twice. According to a new survey by personal finance site NerdWallet, most doctors are dissatisfied with the job, and less than half would choose a career in medicine if they were able to do it all over again.

There are many reasons for the dissatisfaction, said Christina Lamontagne, vice president of health at NerdWallet. Most doctors enter the field thinking they'll be able to spend most of their time healing the sick. Yet the paperwork burden on doctors has become crushing, and could become even more complicated under the Affordable Care Act.

"Administrative tasks account for nearly one-quarter of a doctor's day," Lamontagne said. "With additional liability concerns and more layers in health care, we can understand the drain this takes."

Worse, the cost of becoming a doctor has soared, with higher education expenses leaving the average newly minted physician with $166,750 in medical school debt, while average salaries are declining. Nearly one-third of doctors -- 28 percent - saw a cut in pay last year, according to NerdWallet's research.

To be sure, pay is still high, with doctors accounting for the preponderance of six-figure positions in the country, according to government data. But it also takes between 11 and 14 years of higher education to become a physician. That means the typical doctor doesn't earn a full-time salary until 10 years after the typical college graduate starts making money.

That lost decade of work costs a cool half-million dollars, if you assume this individual could have earned just $50,000 annually, and the typical medical school candidate is smart and successful enough to earn considerably more. Add in the time and cost it takes to pay off medical school debt and a dissatisfied physician may well consider pursuing medicine a $1 million mistake. (This assumes the average $166,750 medical school debt  takes 30 years to repay at 7.5 percent interest -- a total cost of $419,738.)

Moreover, primary care physicians -- those who go into pediatrics, family and internal medicine -- earn barely more than the amount they accumulated in medical school debt, between $173,000 and $185,000, according to the study that looked at data from George Washington University's School of Public Health, the American Association of Medical Colleges and Medscape.

The least satisfied physicians are those who go into internal medicine, according to the study. On average, these doctors see two patients every hour while spending 23 percent of their time on paperwork. They work an average of 54 hours per week, take home about $185,000 annually, and a fifth have seen a decrease in pay. Just 19 percent would choose the same specialty, and only one-third would choose a medical career if they had to do it over.

The best paid doctors are orthopedic surgeons, who take home an average of $405,000 annually. The most satisfied appear to be neurologists, who earn an average of $216,000, while working an average of 55 hours per week. Sixty-percent would choose the same specialty, and 53 percent would go into medicine again. Oncologists -- the doctors who treat cancer patients -- are also generally satisfied with medicine and their jobs, with 62 percent saying that they would go into medicine and 57 percent reporting that they would choose oncology as a specialty.

Radiologists are the physicians most likely to have suffered a pay cut in the past year, with 42 percent reporting a decline in salary. However, they're also among the best-paid doctors, earning an average of $349,000. More than half would both choose to be doctors again and choose the same specialty.

The doctors who work the longest hours are cardiologists, who report being on the job 60 hours per week. Some 54 percent would choose the same medical specialty, but only 44 percent would go into medicine again if they did it over. The average cardiologist earns $357,000 annually, though 39 percent have seen a cut in pay in the past year.

Across all specialties, physicians see roughly 13 patients per day, work 52 hours per week and earn an average of $270,000. However, family and emergency doctors see nearly 75 percent more patients than anesthesiologists.