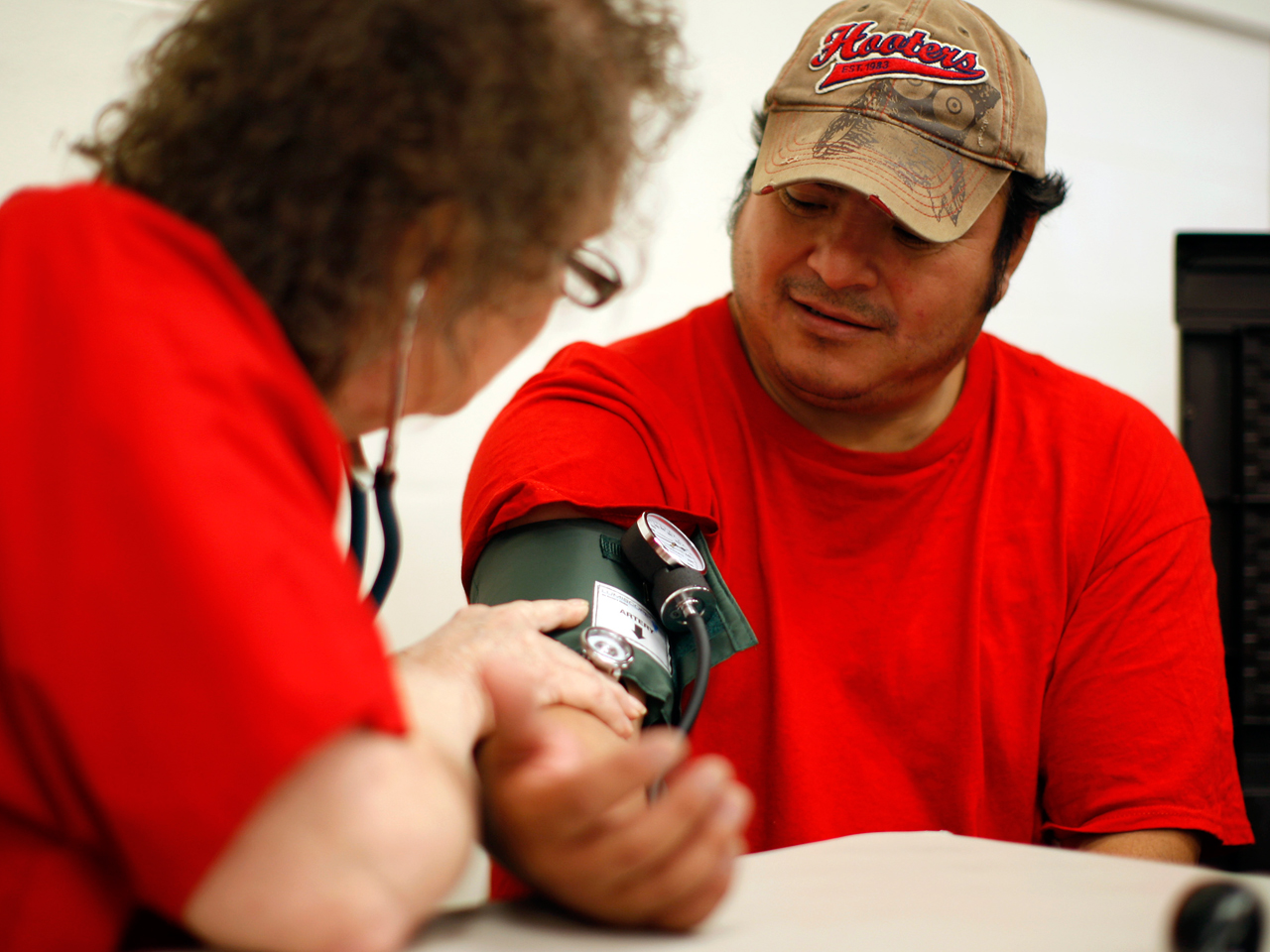 Do you have a high blood pressure? New research suggests you might, and may not realize it.

A study of more than 140,000 adults finds about half of people with high blood pressure -- or hypertension -- don't have a clue they have the condition. That's worrisome, according to the study's authors, as uncontrolled high blood pressure can increase risk for heart disease, strokes and early death.

"The findings are disturbing and indicate a need for systematic efforts to better detect those with high blood pressure," study author Dr. Salim Yusuf, a professor of medicine at McMaster University's Michael G. DeGroote School of Medicine in Hamilton Ontario, said in a statement.

Blood pressure refers to the force that blood pushes against the walls of arteries as the heart pumps blood. People with high blood pressure may not experience outright symptoms, but over time the pressure could damage the heart, blood vessels, kidneys and other organ systems.

About one in three adults has high blood pressure, but as the new research suggests, many may not know it.

Researchers analyzed data on about 142,000 people aged 35 to 70 from 628 communities spanning high and low-income counties who had been enrolled in a long-running study of health in urban and rural settings. People were determined to have high blood pressure if they had at least two blood pressure measurements of 140/90 mm HG -- a blood pressure reading should be around 120/80 mmHg -- or if they reported getting treated for high blood pressure.

About 41 percent of the participants had high blood pressure -- about 58,000 individuals. But, only 46 percent of them were aware of the diagnosis.

Of those who were aware they had high blood pressure, nearly 90 percent were undergoing treatment, with about 30 percent taking two or more types of blood-pressure lowering medications. However, only a minority of those getting treated had their blood pressure under control. That finding was worst in people living in low-income countries, but was also significant in the middle and higher-income areas also studied.

"Blood pressure lowering drugs are generally inexpensive and commonly available treatments," said Yusuf. "However only a third of patients commenced on treatment are on enough treatment to control their blood pressure."

Yusuf said earlier use of combination therapies involving two or more types of blood-pressure lowering treatments may be required.

The new research was published Sept. 4 in JAMA

Risk factors for high blood pressure include older age, race (black adults tend to get hypertension earlier and have it more severe), obesity, and unhealthy lifestyle habits including drinking heavily, eating too much salt while not getting enough potassium in your diet, physical inactivity and smoking.

Treatments include lifestyle modifications -- such as exercise and going on the DASH (Dietary Approaches to Stop Hypertension) dietto curb sodium -- and medications, which include beta blockers, ACE inhibitors, calcium channel blockers and diuretics.

The U.S. government recommends a sodium cap at 2,300 milligrams per day while the American Heart Association (AHA) recommends an even lower limit, 1,500 milligrams. Reducing current U.S. sodium intake to the AHA's reccomendation could prevent between 700,000 and 1.2 million deaths over a decade, according to a Feb. 2013 study.

The top six sources of sodium in U.S. diets are bread, cold cuts, pizza, poultry, soup and sandwiches - dubbed the "Salty Six" by the association.

But lifestyle changes shouldn't start when you're an adult: The AHA estimates 97 percent of kids and teens each too much salt, and in July a study found kids who ate the most salt were nearly 40 percent more likely to have elevated blood pressure.

The AHA has more information on preventing and treating high blood pressure.

COVID has now killed about as many Americans as the 1918 pandemic
View CBS News In
CBS News App Open
Chrome Safari Continue
Be the first to know
Get browser notifications for breaking news, live events, and exclusive reporting.