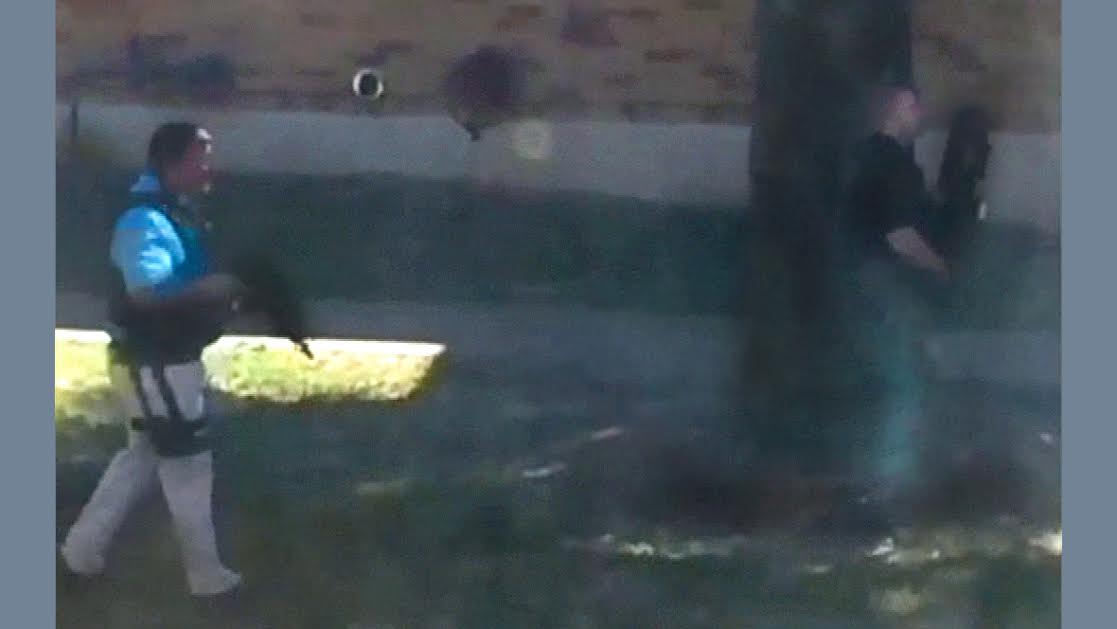 CLEVELAND, Miss. -- A man wanted in connection with two separate shootings that left a Mississippi college professor and a woman dead has spoken with police and said he's "not going to jail," authorities say.

Lt. Scott Wilson and another officer whose name was not given said during a news conference in Gautier that they have spoken with Shannon Lamb, who is still on the loose.

They urged extreme caution in dealing with him. The officials would not say when or how they spoke to Lamb.

Police identified the 45-year-old Lamb as a suspect in the shooting deaths of a woman he was living with in Gautier and a teacher he worked with at Delta State University in Cleveland.

Bolivar County Deputy Coroner Murray Roark confirms the deceased professor is Ethan A. Schmidt. He is an Assistant Professor of American History at the college and is in his 50s. He was shot twice in his office on Monday morning.

Spokeswoman Jennifer Farish said the campus was placed on lockdown shortly after reports of the shooting surfaced and that students, faculty and staff were advised to take shelter.

It wasn't until later Monday that police said Lamb has also been identified as a suspect in the shooting death of a woman he lived with 300 miles away.

Investigators in Gautier say 41-year-old Amy Prentiss was found shot to death in a home there Monday.

Investigators have not commented on a motive in the shootings.

All classes at Delta State University were cancelled for the remainder of the day and night, along with plans to commemorate the 90th anniversary of the campus on Tuesday.

"Fortunately for us, our public safety officers and university officials have trained many of us for active shooter situations," Don Allan Mitchell, an English professor, wrote in a Facebook message to The Associated Press. "Many students are locked-down in classrooms, and professors and staff members are telling them the protocol. Plus, we are all texting and Facebooking each other to make sure we are safe."

He said police helicopters were in the air, and officers were sweeping buildings following the shooting.

Delta State University President Bill LaForge said that within 10 minutes of the shooting being reported, the university sent a campus-wide alert.

Freshman Noah Joyner, 18, said he was shaken by the lockdown.

Joyner hunkered down in a bathroom of his dorm building and heard others desperate to get in when reports of the active shooter spread.

Police swarmed the campus, sweeping buildings to search for the shooter while helicopters buzzed overhead. Officers equipped with body armor and rifles remained on the campus hours later.

The 3,500-student university is in Mississippi's Delta region near the Arkansas-Mississippi state line.