When most Americans reflect on South Florida in the late 1980s and early 90s, some of the first economic and social events that come to mind are portrayed in popular crime thrillers and documentary films. However, most people tend to forget that it was during this era that another cultural phenomenon occurred. One that would not only have a positive impact, but in retrospect, broke down some of the stereotypes of the region. It's no secret that the influx of gay men and women played a significant role in making Miami Beach, in particular South Beach, one of the wealthiest and most successful tourist attractions in the lower 48 states. Today, South Florida offers some of the best nightlife destinations for gays and lesbians, making it as colorful and diverse as any other part in the world.

A list of the Top Gay Bars in South Florida would simply be incomplete without Twist. With seven unique rooms, this "mega dance club" enables bar-hoppers to experience different atmospheres without actually exiting the two-story facility. Its ability to redefine its concepts in order to reinvent itself is just one example of why Twist is the longest running gay club in Miami as it's been in business for almost two decades.

Located in Broward County, The Manor Complex is a perfect illustration of the far-reaching influence the gay community has in South Florida. As described on the website, The Manor is a two-level nightclub adorned with an abundance of crystal chandeliers. It also offers a covered outside arcade with a modern flair and a large performance stage that's perfect for dance parties and runway shows.

For over a decade, Score has been the place to be for those in the mood for an energetic nightclub experience. Conveniently located in the heart of South Beach, Score is comprised of four diverse rooms. Locals and visitors have the option of exploring the Lincoln Road Terce, the Front Bar/Lounge, the Crème Lounge or its main attraction The Club, which features the biggest disco ball in the country. 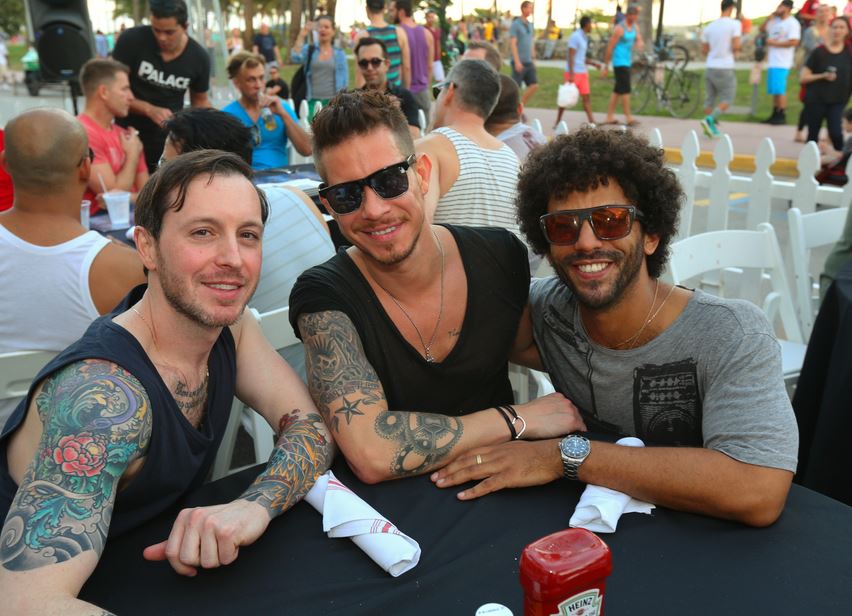 Palace is a gay restaurant/bar located in Ocean Drive's Art Deco District. For almost three decades, this has been the home to some of the most prominent drag shows in South Florida. And while "Every Queen Needs a Palace" is its slogan, this isn't the typical Miami Beach spot. In addition to the entertainment, Palace also offers all-day breakfast, which compliments its bar-food menu.

Azucar, which translates to sugar in Spanish, offers something for everyone. It is best described by the Miami New Times as a smoky drag performance club-meets-Cubana salsa disco. From "Drag Wars" to "Sabados Lokos" and "Noche De Cabaret", this is the spot for the multilingual crowd searching for authentic Miami options away from the beach.

Abe is a CJ admin whose passion led him to pursue a career as a writer and editor for a number of online publications. His expertise makes him a valued addition to Examiner.com and its partners. Some of his work can be found at CBS-Los Angeles, CBS-Miami and CBS-Tampa Bay just to name a few, and also on Examiner.com.
.
Thanks for reading CBS NEWS.
Create your free account or log in
for more features.