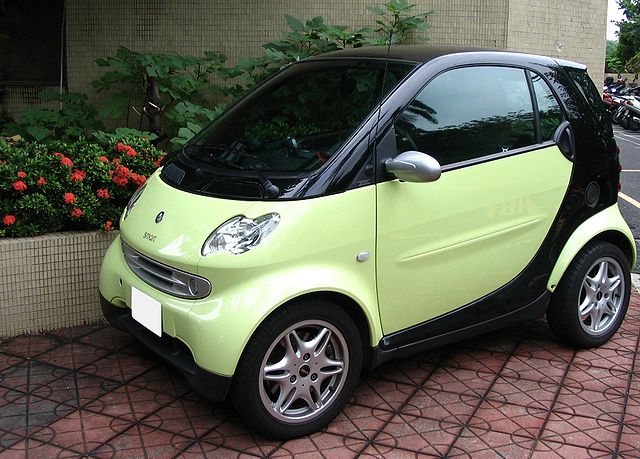 (MoneyWatch) If "you are what you drive," these are the cars of which personal nightmares are made - the automobiles that tell the world in no uncertain terms that you're broke, out of touch or lacking style, at least according to CarInsurance.com.

After taking an informal survey to narrow down the field of cars that consumers would be most embarrassed to drive, the insurance comparison site showed 1,500 people photographs of the 12 finalists, asking which cars were most "cringe-worthy." The website also inquired about the other elements that make a ridiculous ride, from car type to color to add-ons, such as spoilers and bumper stickers.

Of course, the cringiest cars are generally those that are so distinctive that you'll either love them or hate them, says CarInsurance.com editor Des Toups. Indeed, some have a cult following of drivers who know they're going to be judged by their ride and are willing to blast a non-verbal "bring it on."

Keep clicking to discover the colors, car types and options that embarrass drivers the most, as well as the nation's 10 most cringe-worthy rides.

Nothing says "notice me, pul-ease" quite as effectively as a purple car -- unless of course, your car is sunshine yellow or pumpkin orange. When it comes to the most hated car colors, 17 percent of all respondents said purple was the worst. But men (19 percent) hated it more than women (15 percent). Yellow ranked as the second worst with 16 percent of the overall vote, and, again, men hated the color more than women. However, the third most-hated color, orange, was more hated by women (17 percent) than men (10 percent). The fourth and fifth most-hated colors -- brown and gold -- tied with a distant 5 percent of the overall vote.

The type of car you drive -- from sedan to sports car -- can say a lot about you. That's why inexpensive compacts were voted the most embarrassing vehicle type by 29 percent of drivers.

The minivan ranked second-most humiliating model (23 percent of all drivers), but ranked far worse among men (26 percent) than women (20 percent). That's, of course, because this car screams: "My wife wears the pants in our family, and I'm taking the kids to soccer just like she told me to." Take heart, househusband. Driving the minivan now will give you a good excuse to buy a Porsche later when in the midst of a really good mid-life crisis.

From the moment your girlfriend put the eyelashes around your Ford Fusion's headlights, you've been contemplating rear-ending another car so you could claim that they were lost in the accident. But that would wreak havoc with your insurance rates, and she might just get you new ones. Still, eyelashes rank as the most embarrassing auto add-on, garnering 34 percent of the vote. Other embarrassing add-ons include bumper stickers for a losing political candidate; "Fast and Furious"-style spoilers and wings; stick-figure family decals on your back window; and braggy proclamations about your offspring such as, "My child is an honor student."

Next-up: The 10 most embarrassing makes and models...

Designed for 20-something males with an interest in extreme sports, the Element is CarInsurance.com's 10th most cringe-worthy car. One of the few cars on the list that's still being produced, the Element actually scores well with car reviewers. Despite "Car and Driver"'s pejorative headline "Mr. X Games meets the Rubbermaid," the magazine lauds the Element for having the soul of a sports compact but the physique to go off the beaten path. It gets decent mileage too -- about 20 miles to the gallon in the city and 24 on the highway. Still, the car suffers with a generation and gender gap issue. Some 16 percent of women and 15 percent of all drivers over the age of 45 considered the car embarrassing to drive.

It started out as a car so hot that there was a line-up of waiting buyers that stretched three-months long -- not bad for an also-ran brand like Plymouth. But since 1999, when the PT Cruiser was first introduced as the cool, retro-style vehicle, at least two dozen cars have been brought back with even cooler retro-looks. Now the PT is considered "too Grandpa" to drive, according to the survey.

When the producers of "Breaking Bad" wanted to draw a picture of a loser, they had him drive the much-maligned Pontiac Aztek, a car that drew consumer scorn from the day it was introduced. Dan Neil, the Pulitzer prize-winning auto critic said: "This car could not have been more instantly hated if it had a swastika tattooed on its forehead." According to Neil, who attended the product launch and interviewed the designers to ask what they could possibly have been thinking, the car had been cost-shaved and tinkered with until it came out "a plastic-clad mess... deformed and scary." On the bright side for those who own one, Neil also said that the shame of the design was that it hid "a useful, competent crossover."

No car says "I'm older than your grandfather" than a Lincoln Town Car as it drifts slowly into your lane. This large, luxury car was made for its smooth and quiet ride. Now, it's the limousine you're most likely to rent for the prom or to get to the airport, which is not embarrassing unless you have to drive it yourself. In that case, if you're under the age of 44, nearly one in five drivers would rather hide.

This strange-looking car-truck has the front of a station wagon and the back of a truncated El Camino. Not surprisingly, the 1,500 people surveyed by CarInsurance.com most commonly called it "funny looking." Young people were more likely to find the car embarrassing than older people; women were more likely to hate it than men. "Car and Driver," in a review headlined "something weird this way comes," noted it wasn't the first time that Subaru blithely ignored all advice on good design. Remember the Subaru BRAT or the Justy or the SVX? Says "Car and Driver," "At Subaru, stuff like this just happens."

The old Beetle is a cult classic. Bumpy all over and operating with an engine as powerful and complicated as a sewing machine, consumers kept their 1960s-era Beetles until the floorboards rusted through. Even then, they would sometimes throw a plank on the floor to keep their feet from dragging before they'd sell. The problem is that when Volkswagen decided to redesign the car, they just made it too cute. It's cheerleader cute. Ballerina and Cabbage Patch doll cute. That's too cute to drive, according to one in every four men surveyed by CarInsurance.com. But if you're a woman, go ahead and drive it. No one will judge you -- it's cute as a button.

Never heard of this car? That's not surprising. This "sports-roadster pickup-truck hot-rod boulevard cruiser" was designed to fit a niche market that really didn't know what to do with it. Too slow for a hot-rod; too truck-like for a cruiser and too geeky for a truck, the model went out of production in just three years. Analysts estimated that only about 24,000 of these cars were ever made.

Nothing says "I only have a desk job because they wouldn't let me in the military" better than a Hummer H2. Originally designed for desert warfare, the car is a massive, gas-guzzling tribute to the soldiers who fought Desert Storm. Now driven primarily by lawyers hoping to get a rocket-launcher for Christmas, the H2 has spawned its own ridicule site called FUH2.com, which describes it as "the ultimate poseur vehicle."

Like the Honda Element, the Nissan Cube is a box. But, hey, this is an asymmetrical box, with a really fashionable blind spot blocking the right side of the rear window. The good news is that the Cube is affordable -- the 26th most affordable small car, according to U.S. News' 2013 ranking.  The bad news is that it gets poor mileage compared to other cars in its class, partly because of its aerodynamic-defying box shape. The engine is noisy, according to this review, and the power adequate. When it comes to an embarrassing ride, the Cube is considered humiliating by roughly one in every three drivers, no matter their age or gender, according to CarInsurance.com's survey.

No car came close to the widespread derision that respondents had for the teensy Smart Fortwo, a car that's roughly the size of that Big Wheel you drove when you were a toddler. It gets great gas mileage for a non-hybrid -- 34 in the city and 38 on the highway -- but that's partly because it has about as much pick up and as many standard options as a lawnmower. Amenities, such as a radio and air conditioning, are considered frivolous options for this bare-bones auto-toy that roughly one in every two drivers ranked as the most cringe-worthy ride of 2013, according to CarInsurance.com. As U.S. News says, "Fortwo's lack of standard features and sluggish, unrefined performance are very unappealing."