LONG BEACH (CBSLA) - On Wednesday, Governor Gavin Newsom announced measures to get goods off ships backed up at the ports of Los Angeles and Long Beach and into stores.

The new $1.2 trillion infrastructure bill, signed by President Joe Biden Monday, will give $17 billion to ports across the country. Though it's unknown how much California get, the governor said the majority of it will go to future infrastructure. 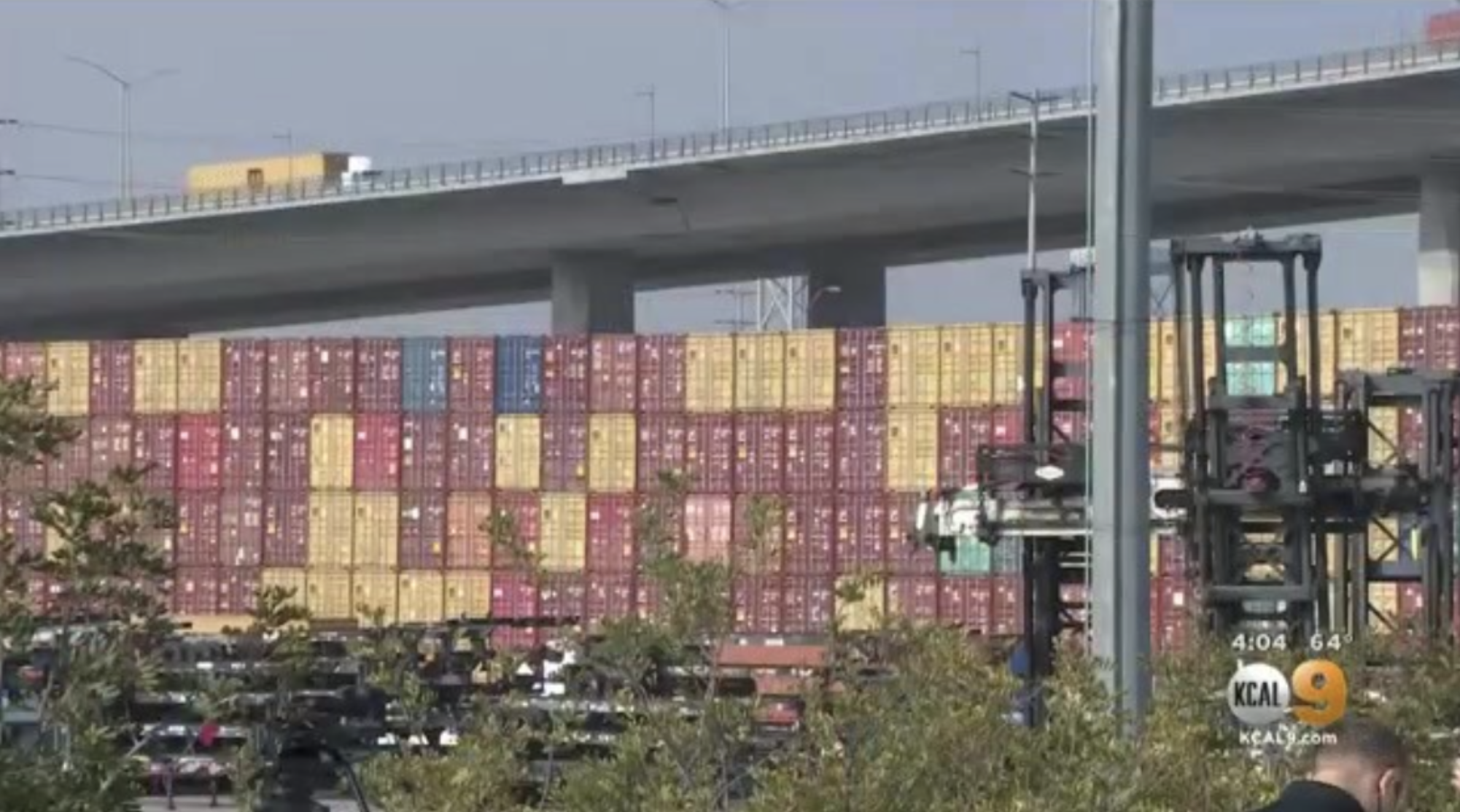 The immediate concern, however, is getting the logjam of containers unloaded so that they can get goods to consumers in time for the holidays.

"This is jaw dropping and unprecedented," Newsom said Wednesday, in regard to the stacks and stacks of empty containers taking up space as cargo ships wait at bay to unload.

It's one of the main issues that has caused a bottleneck at the ports.

Federal, state and local leaders gave some insight, while visiting the port with the governor, into how they plan to fix the problem.

"Since we have talked about implementing a fee on containers that are moving, we are proud to announce between, I think, Long Beach and LA, we have decreased already by 32% the number of containers that we have on dock," he said.

Another issue plaguing the ports is the lack of truck drivers.

The governor said that the California Department of Motor Vehicles has expanded hours at 15 locations, to get more truck drivers on the road.

An additional change for truckers is the temporary truck weight exemptions on the highways.

"While that might not pose immediate relief on the retail front, it will have a substantial benefit on industrial and manufacturing cargo containers that will make their way into the ports of Long Beach and LA," the governor said.

As for the lack of warehouse space for the empty containers backing up the port, Newsom said they are working together to find storage sites in the area.