LOS ANGELES (CBSLA) - Britney Spears conservatorship is over, but the fallout from her case continues.

A state assemblyman is introducing a bill that he said will limit further abuses of power. 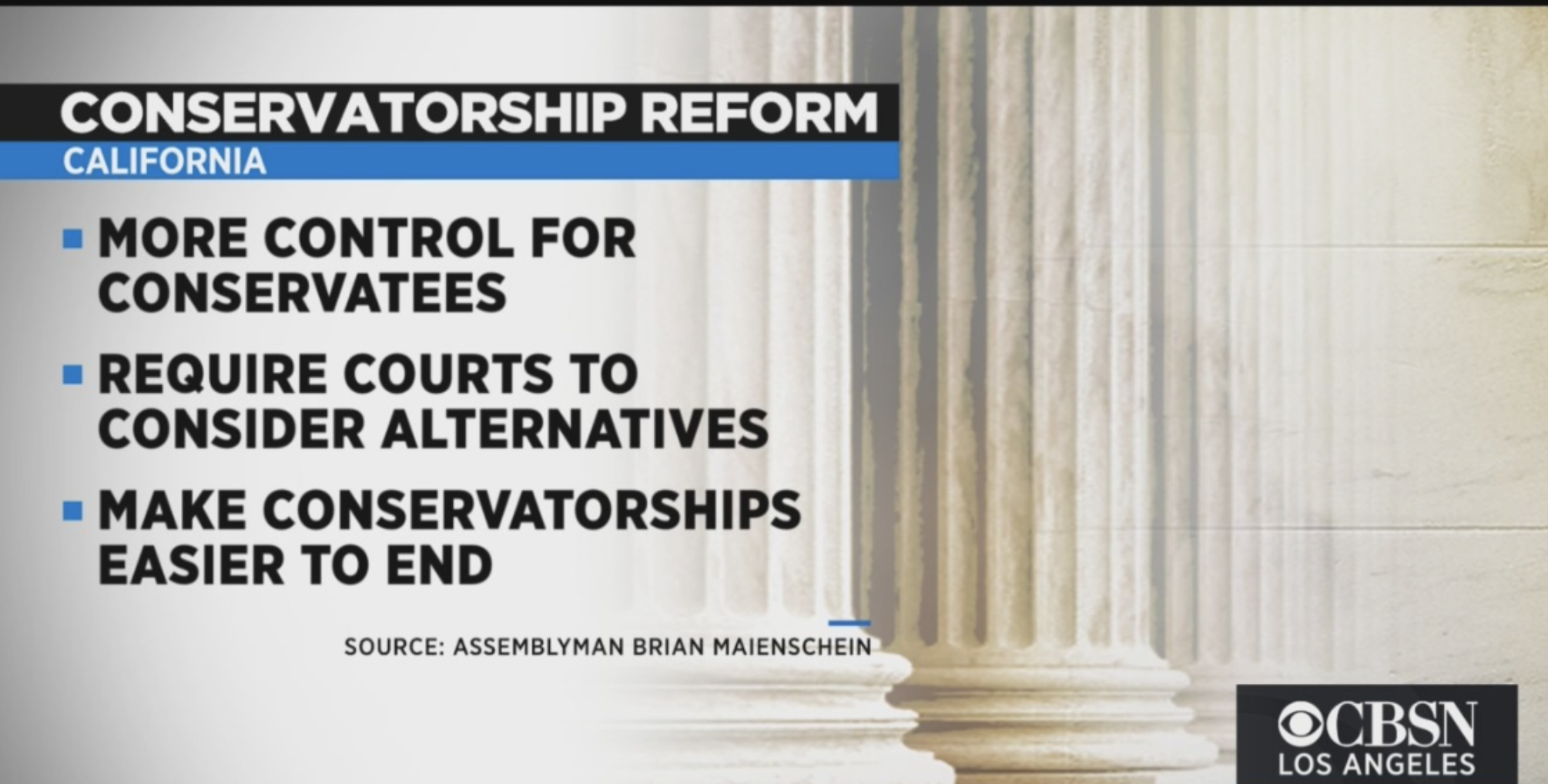 RELATED: Freed From Conservatorship, Britney Spears Given Power To Execute Her Own Documents Wednesday

"Our laws on conservatorship present the paradox of protecting people with disabilities by stripping away their rights," Mark said.

Britney Spears' court battle to end her conservatorship resonated with some in the disabled community, including Tim Jin.

"I'm a 46-year-old Korean American man who has cerebral palsy. I'm using a communication device at the base of my wheelchair," he said.

Jin said Spears' conservatorship hit home for him because of how some folks with disabilities are stripped of control of their lives.

"I have watched how Britney was treated, having all of her rights taken away for 13 years. I was so happy that she won her right to end her conservatorship," he said.

However, some, like Attorney Troy Martin, are questioning whether the new proposed legislation is redundant.

"In September of last year, in response to the termination of Britney's conservatorship, the legislature passed a law, which basically requires annual jury trials to determine whether the conservatorship should stay in place or not, and also requires the court investigators to, on an annual basis, consider what the alternatives to conservatorship are," Martin said.

He said he's concerned Spear's unique case may have a negative impact on conservatorships that are meant to protect people.

"With legislation on top of legislation, it's making it more difficult for people to get conservatorships to protect people who legitimately need to be protected," Martin said.

Spears' saga with her father is still not over. The two sides were back in court Wednesday, with Spears' father's attorney arguing that he is entitled to additional legal fees. A decision on that is not expected until July.