ANAHEIM, Calif. (AP) — The Detroit Tigers earned their first series win in two months despite having two of their clubhouse leaders traded before Wednesday's game against the Los Angeles Angels.

The Tigers dealt pitcher Shane Greene and outfielder Nicholas Castellanos at the deadline, but got contributions from the rest of the lineup in a 9-1 victory.

Jake Rogers, Brandon Dixon and Gordon Beckham went deep while Daniel Norris picked up his first win since May 12. The Tigers took two of three in a series for the first time since they did that May 27-29 at Baltimore.

"Guys played good baseball. There was a whirlwind of stuff going on today which fortunately our guys hung in there pretty good," Detroit manager Ron Gardenhire said. "It was tough seeing Nick and Shane go, but that's baseball."

Castellanos was in the lineup batting second as the designated hitter, but was scratched at the last second. Gardenhire said he waiting until the last possible moment to print a lineup card and still had to change it as he was going out to give it to the umpires.

Gardenhire said that was the first time in his long career as a manager he's had that happen. Then again, rarely have games started right at the trade deadline. 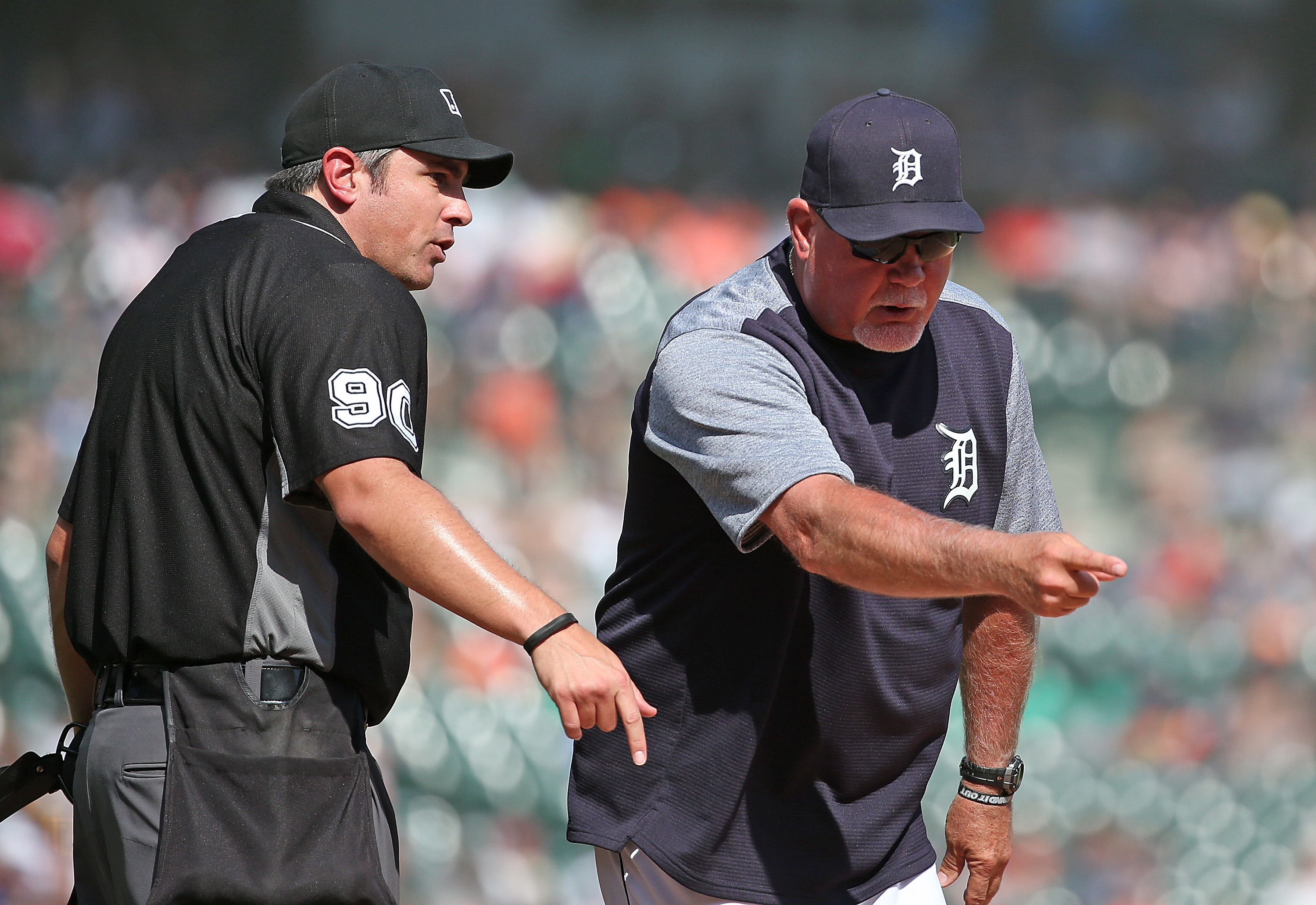 "Normally I am going about my business and someone comes to the dugout and says you have to take a guy out of the lineup but I've never been sitting in here waiting to print out my lineup card. That was interesting especially with trying to see what to put on the lineup card," he said.

Despite the whirlwind of emotions, it didn't seem to affect the Tigers on the field.

Rogers opened the scoring in the third with his first homer in the majors. The rookie catcher, who was called up on Tuesday, deposited a José Suarez fastball over the wall in left for a solo shot.

"I tried to take it all in as much as I could," Rogers said.

Dixon and Beckham homered during a five-run eighth inning off Luis García. Dixon — who ended up with a career-high four RBIs — had a two-run blast to left-center and Beckham's was a three-run shot to right center.

Norris (3-8), who had gone 14 starts without a win, allowed only three hits over five innings with five strikeouts. The left-hander wanted to go longer but was experiencing groin cramps during the fifth inning. He was able to complete the frame but Gardenhire didn't send him out for the sixth.

American League home run leader Mike Trout supplied the Angels' lone run with a solo shot in the sixth. It is the center fielder's 35th of the season and a team-record 13th in July. He is the first player to have 13 homers in July since the Yankees' Hideki Matsui in 2007.

Suarez (2-2) didn't allow a hit the first two innings before running into trouble. The left-hander surrendered four runs on four hits over 4 1/3 innings.

The Angels won just twice during a seven-game homestand against two of the worst teams in the American League — Baltimore and Detroit.

"We don't like it. But it's on us," manager Brad Ausmus said. "We have to right the ship. We have some pretty good teams coming up on this road trip. We've got to right it, quick."

The Angels also made a deal at the deadline, acquiring C Max Stassi from Houston for minor-league Rainer Rivas and Raider Uceta.

The Angels and Tigers split their six games in the season series. This is the first time LA has not won a season series against Detroit since 2012. ... 3B David Fletcher reached base safely in 20 of 24 July games. ... RHP JC Ramirez made his first appearance since April 7, 2018, and pitched a scoreless inning. Ramirez has missed the past 15 months after undergoing Tommy John surgery. ... Detroit has only three wins in its previous 28 games against the AL West. ... SS Niko Goodrum snapped a 0 for 11 skid with an RBI single in the third. ... Rogers is the first Tigers catcher with three runs scored in his first two games since Lance Parrish in 1977.

Tigers: RHP Spencer Turnbull (upper back strain) threw 3 2/3 scoreless innings and struck out seven for Triple-A Toledo in a rehab start Wednesday. It is unknown if Turnbull will make another rehab appearance.

Angels: C Jonathan Lucroy was activated after missing 18 games due to a nose fracture and concussion when he was involved in a home-plate collision with Houston's Jake Marisnick July 7.

Tigers: LHP Tyler Alexander (0-1, 3.86 ERA) gets the starting assignment in Friday's opener of a three-game series at Texas. It is a homecoming of sorts for Alexander, who went to TCU.

Angels: LHP Dillon Peters (2-0, 3.06 ERA) will take the mound for Friday's game at Cleveland. This is the first time this season the Angels are facing the Indians.