NOVI (WWJ) - The latest Bachelor, Sean Lowe, set hearts aflutter Thursday when he dropped in to chat with a crowd at the Women's International Show in Novi.

Lowe brought along his Dancing With The Stars partner Peta so they can get in a little practice on the road. 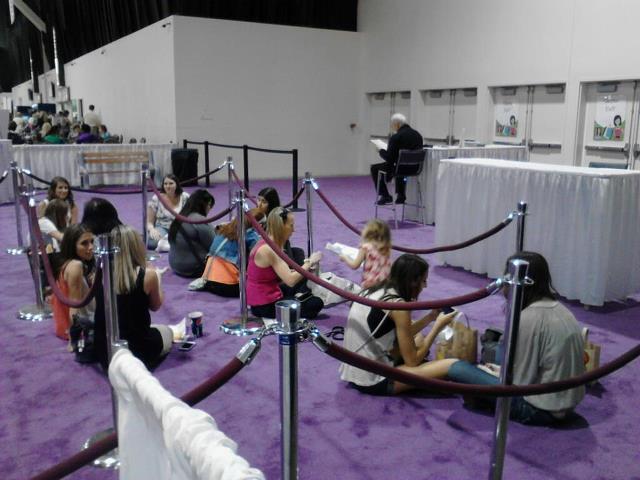 While at the show Lowe answered audience questions but didn't honor the request to take off his shirt.

"So far so good, I'm still in the competition and I'm just trying to get better each week as long as I can continue to do that, hopefully, I can stick around a while ... I've been lucky, no major injuries," said Lowe.

The dancing bachelor says that all the adulation is a bit overwhelming.

"It's a bit humbling and flattering to know that these people came out to see me," said Lowe.

Gayle Feeback waited over an hour to get a glimpse of Lowe.

"He's good looking of course, I think that he is just a really nice guy, genuinely nice, which I think is something you don't find much anymore," said Amy Hartman.

How long will Lowe ride his bachelor fame? He tells WWJ that the Novi stop is his last Bachelor- related appearance.

However, he told the crowd he wouldn't turn down a request to broadcast his wedding on TV.