JEFFERSON COUNTY, Colo. (CBS4) - Parents at West Jefferson Middle School in Conifer received an email telling them swastikas were painted on a school playground over the Thanksgiving holiday break. 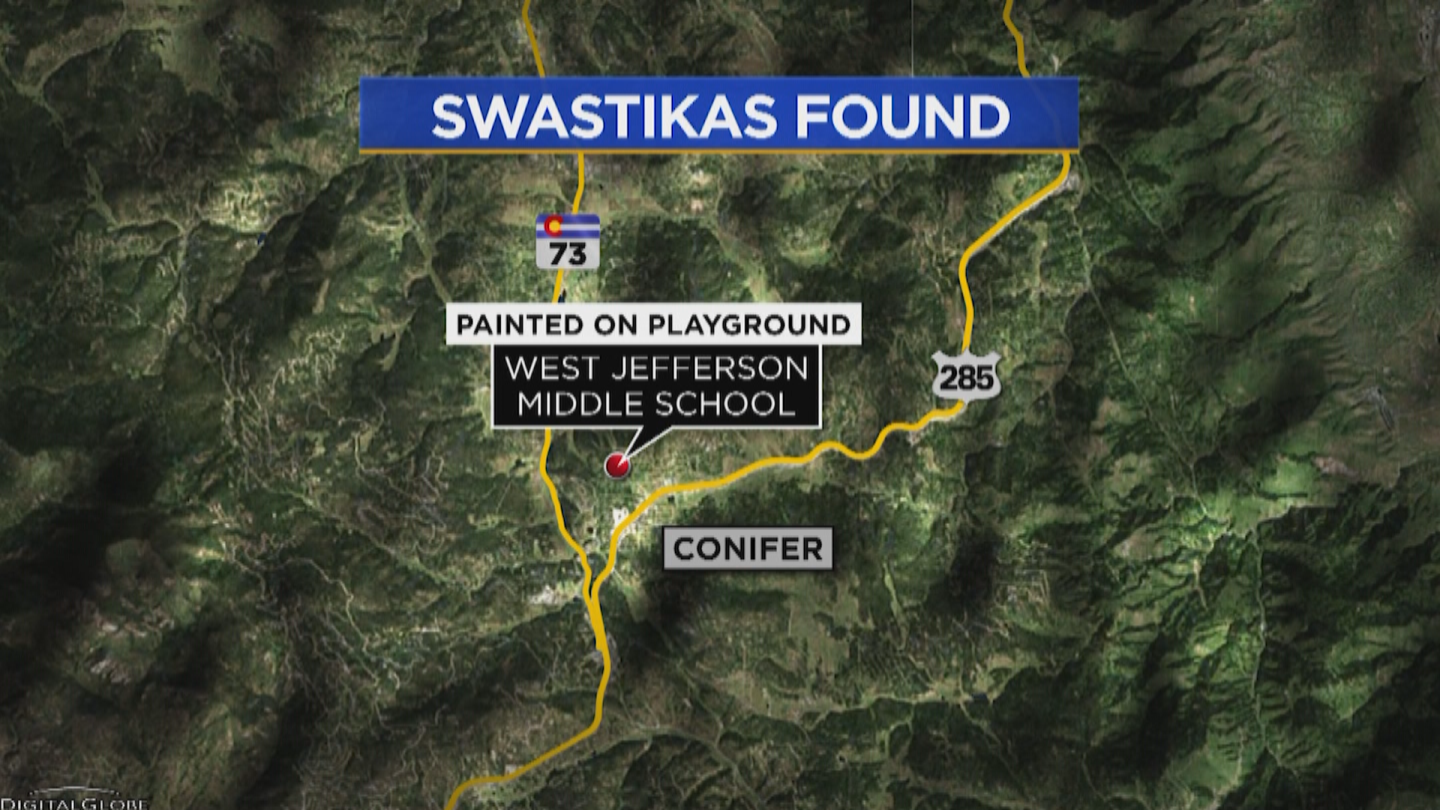 In 2017, anti-Semitic activity at the same school prompted complaints to the Jeffco School Board. The U.S. Department of Education Office for Civil Rights found a "hostile environment" existed at the school.

In January, a student appeared before the Jefferson County School Board to complain about the handling of complaints about anti-Semitic remarks and actions.

"I constantly deal with anti-Semitism and other students saying that 'Hitler was a genius,'" she told them.

The school suspended some students and presented programs on Holocaust awareness and anti-bullying.

The report from the OCR found there was "insufficient evidence to determine the school district discriminated as alleged."

The school district issued a statement about the most recent incident of vandalism stating,

This is absolutely unacceptable behavior and we will do as much as possible to educate students on this issue.

The graffiti has been removed, and the Jefferson County Sheriff's Office is investigating.