DENVER (CBS4) - After what was the driest February in over 30 years for the high country, the move towards active weather is a good sign. The snowpack is strong thanks to the early season, but the abnormally warm stretch of dry weather has made a dent in the numbers.
The first week of March was so warm and dry that statewide snowpack dropped 5 percent. 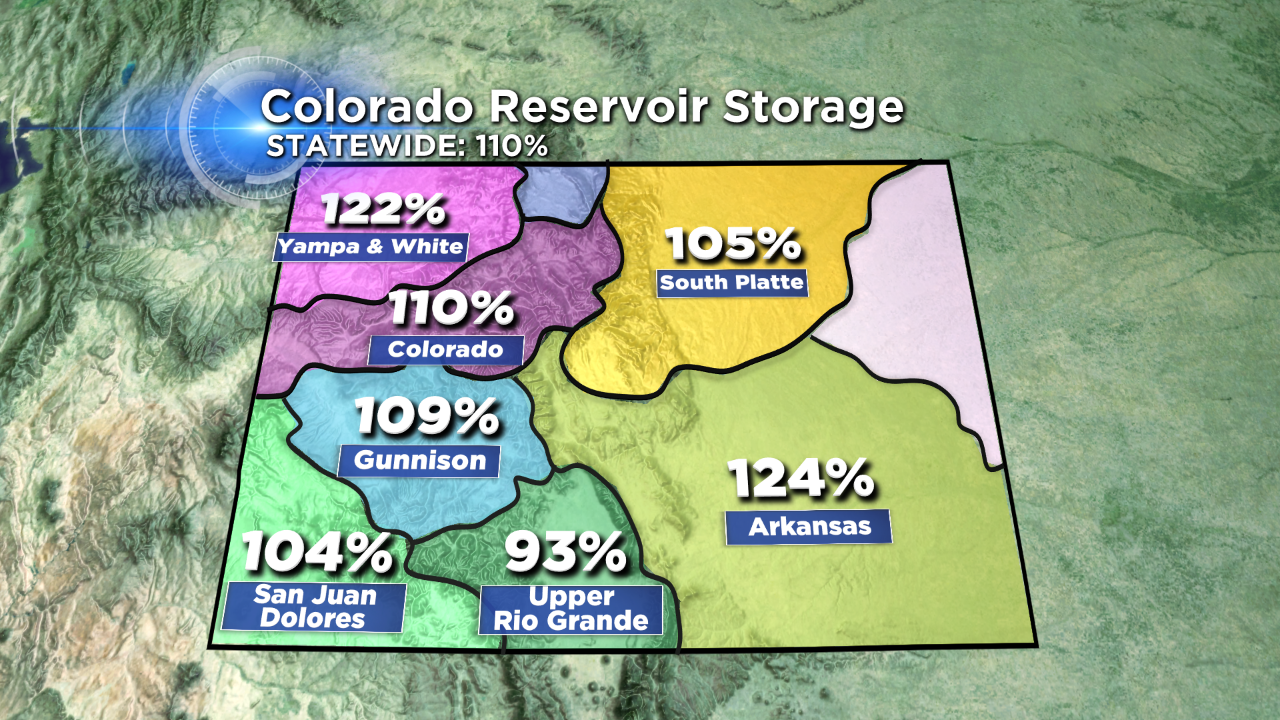 When the snow melts this quickly it affects statewide reservoir storage. In this case, it adds to water volume and can be seen in rivers and lakes across each drainage basin.
Based on February's snowfall shortage, the most impacted reservoirs were found in the Yampa and White, Colorado, and Arkansas watersheds. The Arkansas is reporting 124 percent of average storage, the Yampa has climbed to 122 percent, the Colorado has 110 percent as of the end of February.
That means more snow has melted than what's normal for this time of year, and has bumped the high water mark above its average. These values are also subject to change based on dam release rates and water demand downstream.

Taking a look at the Colorado Statewide Snowpack graph, the bold purple line shows that March 2016 has accelerated melting when compared to an average winter. What we don't want to see happen is if the purple line continues ahead of schedule like it did back in 2013. That was the year of the Black Forest Fire, Colorado's most destructive wildfire in state history. 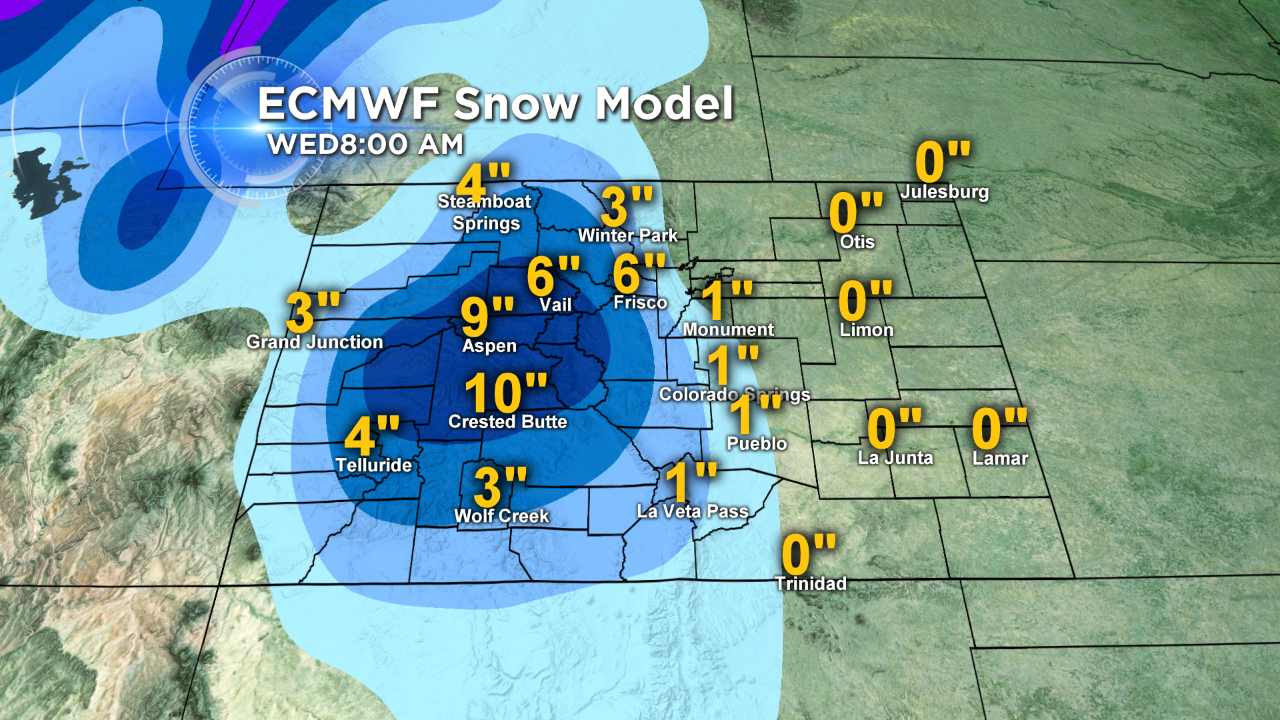 Mountain snow has mainly been isolated to northern Colorado this week, so it's nice to finally see greater coverage in the forecast. There's a fairly wide gap between the models' snow projections, but this is the most promising moisture outlook we've seen in a while. 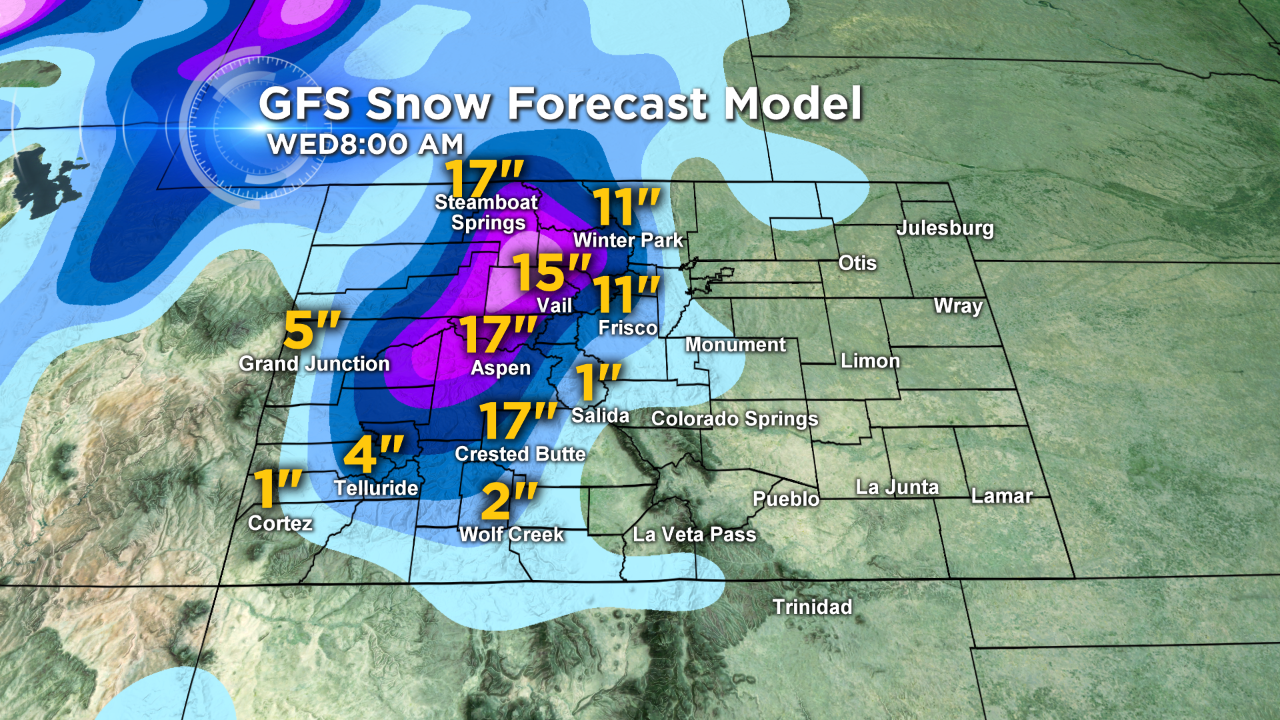 Even though the GFS and European forecasts disagree on amounts, both show that snow — possibly heavy in areas — will be here late this weekend. 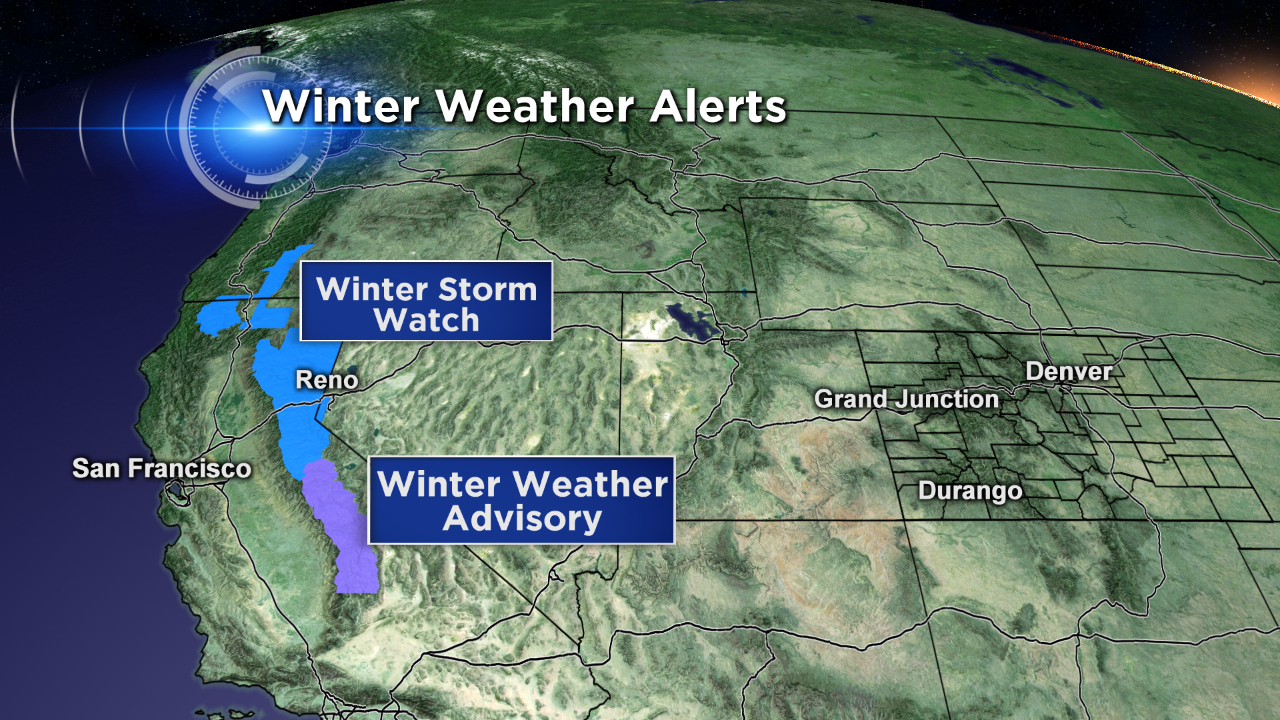 A Winter Storm Watch is posted for the Sierra Nevada Mountains of California. If the moisture pipeline continues it's eastward flow, our mountains could benefit from the same system by Sunday morning.