"Vandalism, break-ins and a lot of robberies," said victim Greg Zuydhoek. "It happens usually in the middle of the day when folks are at work."

In total, 36 cars were marked by the vandals. Spray paint vandalism was also seen on the street, several garage doors, signs, and on a trailer.

All of the vandalism consisted of profane words and symbols.

Denver police are aware of the case and spent the morning getting in touch with the owners of the affected vehicles. 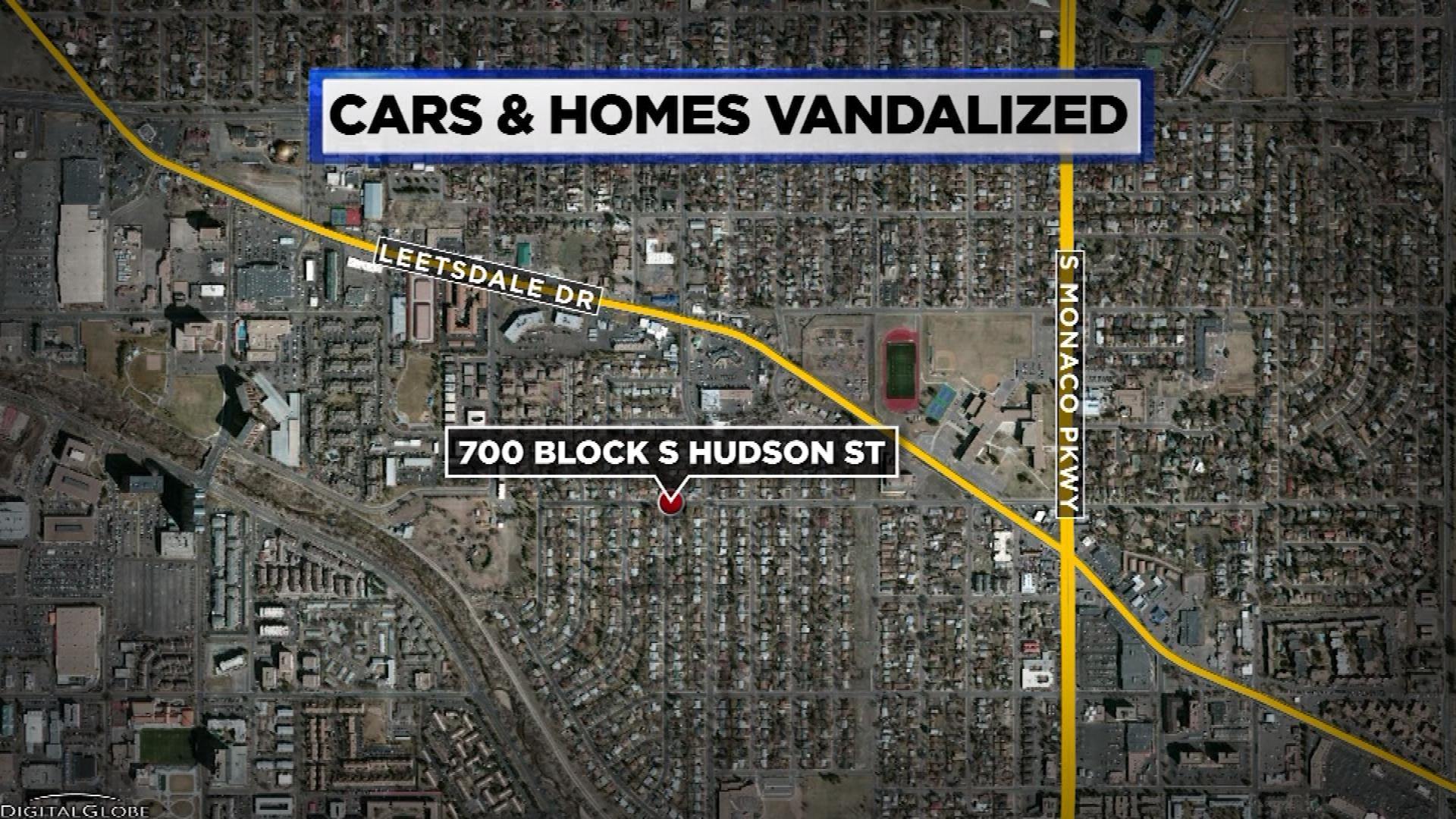 "My only thought is that it's probably just a bunch of little punks that really don't think about their actions," said Zuydhoek.

Police are looking for two suspects described as white juvenile males wearing T-shirts, baseball hats and carrying backpacks who were seen in the area on foot. Anyone with information is asked to call 720-913-7867.