DENVER (CBS4) - NOAA released a La Niña update this week and it calls for La Niña conditions to continue into the spring which could be bad news for Colorado.

A typical La Niña winter weather pattern keeps most of the state warm and dry with the exception of areas near the Wyoming state line.

The map below shows current snowpack around Colorado and it's very indicative of La Niña. 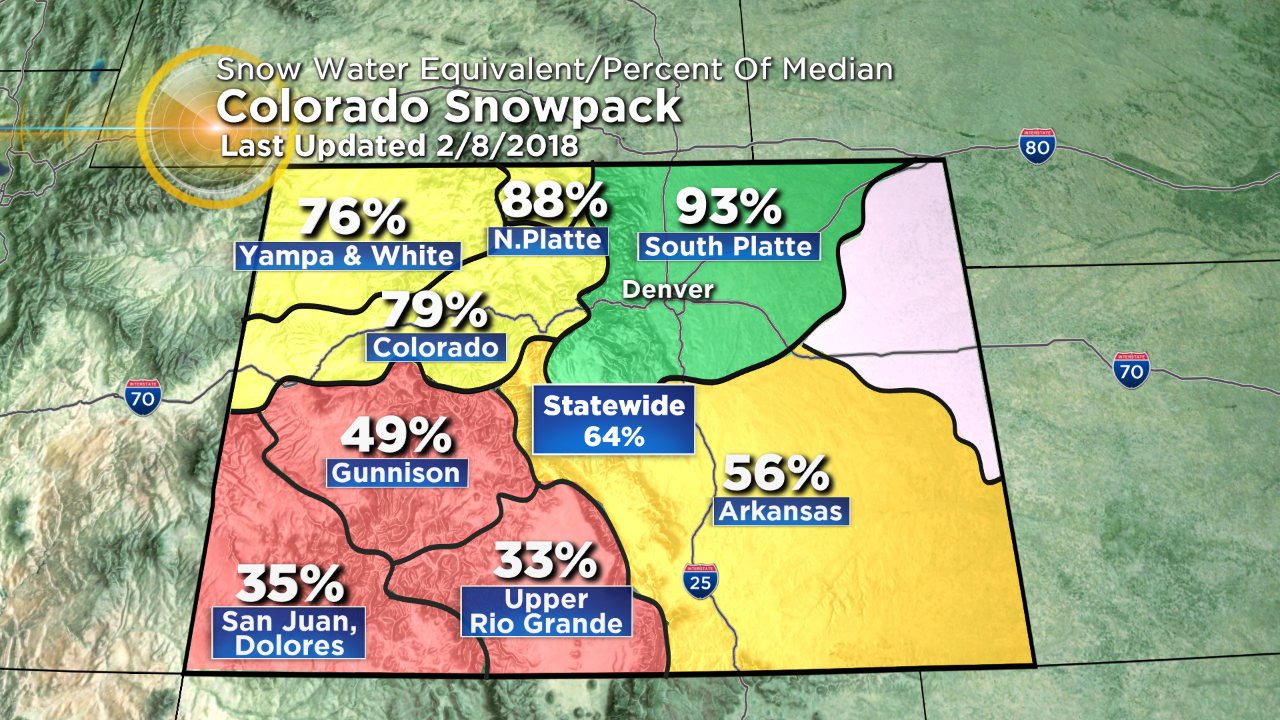 Drought conditions now cover more than 70% of the state and experts say it will be hard for Colorado as a whole to reach normal snowpack this season given the current conditions. 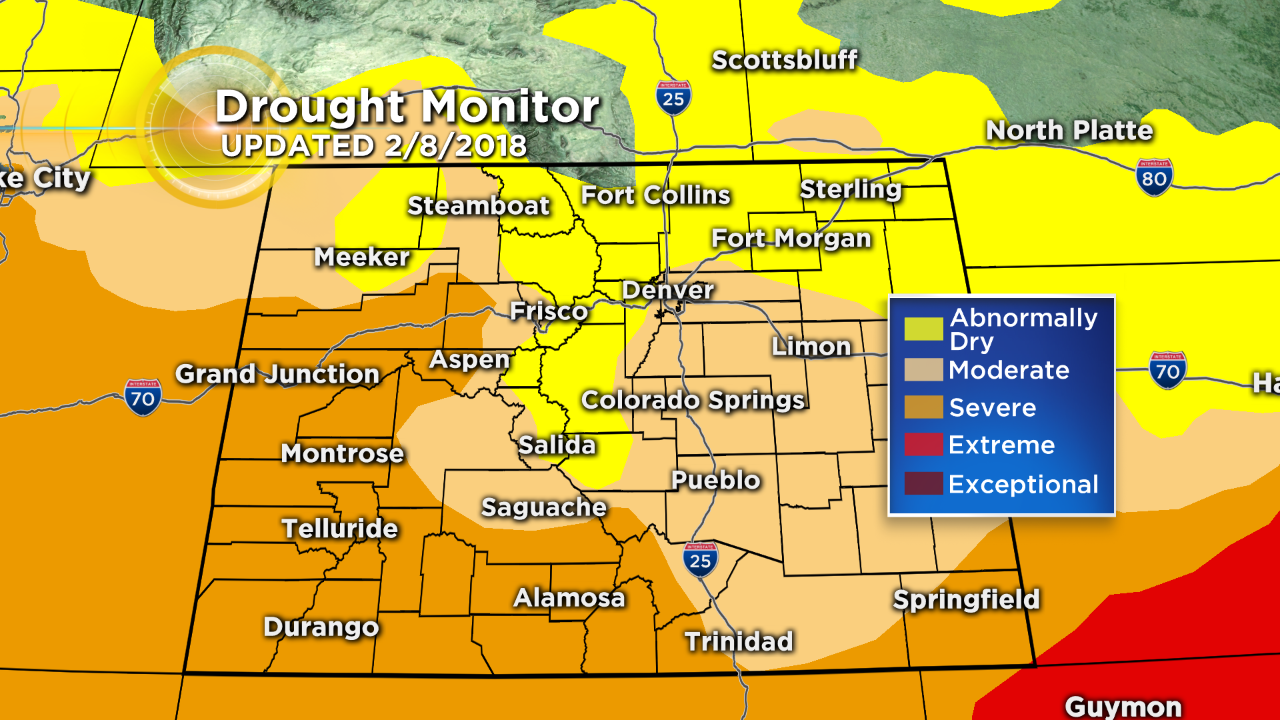 October through December was the warmest last three months of the year ever recorded in Colorado with more than 1700 temperature records broken.

Despite the fairly grim outlook there's always hope, as we saw in March 2003, where one major storm put a huge dent in a severe drought.

Meteorologist Chris Spears travels weekly in the CBS4 Mobile Weather Lab reporting about Colorado's weather and climate. Check out his bio, connect with him on Facebook or follow him on Twitter @ChrisCBS4.