ROCKY MOUNTAIN NATIONAL PARK, Colo. (CBS4) - Officials with the Rocky Mountain National Park announced a $2,000 reward for information about two elk poaching cases from September of 2018. Park Rangers are hoping to find the person or people responsible for the crimes.

They say on Sept. 12, rangers found a bull elk dead and decapitated alongside Trail Ridge Road near Milner Pass. They believe the deadly shooting happened either during the night of Sept. 11 or early that morning on Sept. 12. 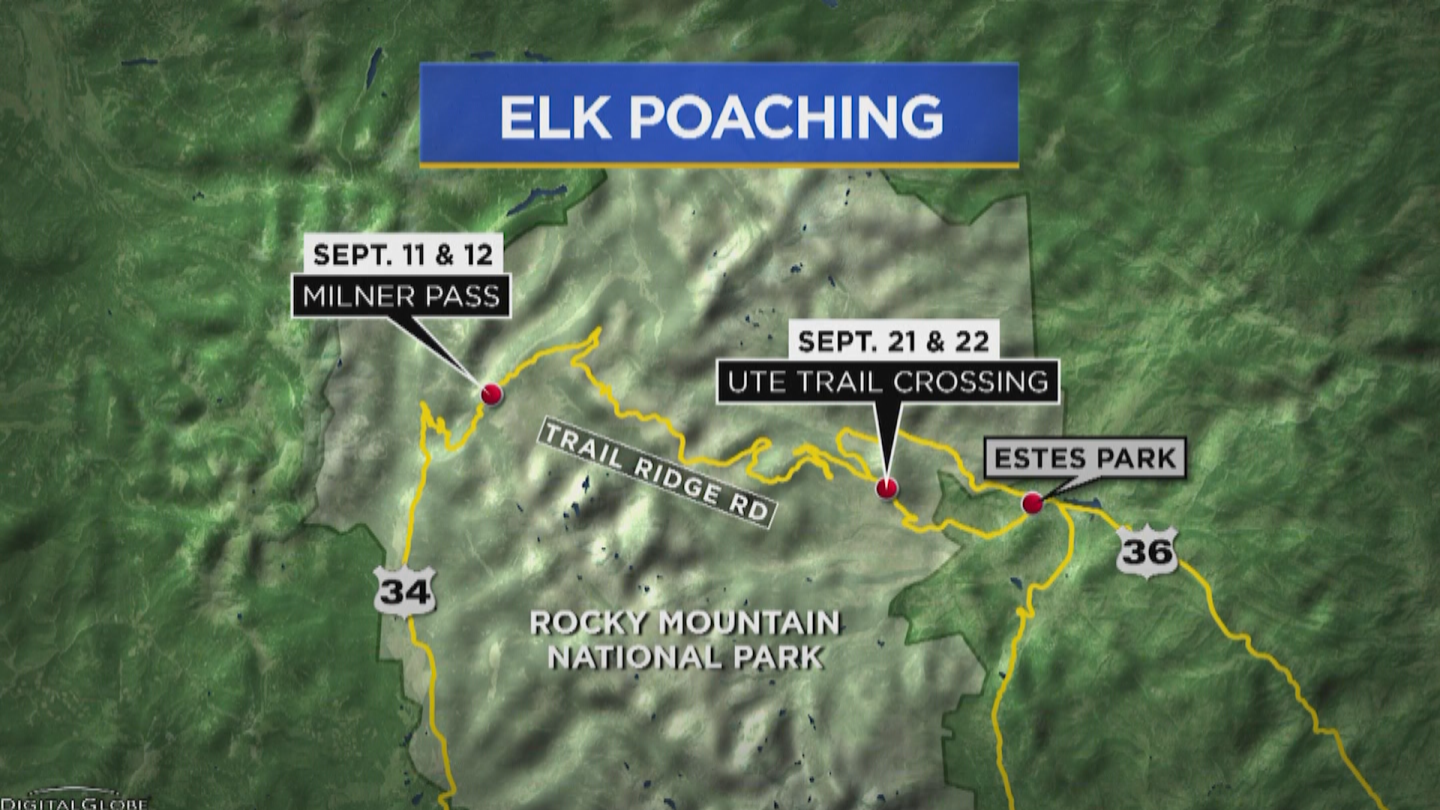 Ten days later, rangers were told of another dead bull elk found by visitors on Trail Ridge Road, near the Ute Crossing Trail. Rangers says the bull elk was shot either the night of Sept. 21 or early the next morning.