DENVER (CBS4) - It's been a tough summer for air quality along Colorado's Front Range, partly due to smoke from western wildfires, but mostly due to weather patterns and pollution caused by a rapidly growing population. Tuesday was the 30th day in a row with an Ozone Action Alert Day for Denver and the Front Range, and the 43rd day since the first alert of the season was issued on June 5. An average year produces about 35 action days.

Ozone Action Day records date back to 2011 and since then the worst year was 2018 with 52 days followed by 2017 with 45 days. Both 2012 and 2020 recorded 43 days. Now, we are tied for 3rd highest number of days since records began. We could potentially reach first with several more hot days in the extended forecast.

Ozone season runs from May 31 to August 31 each year in Colorado. Ozone is a colorless, odorless gas that forms near the ground on hot summer days as pollutants in the air essentially "cook" in the intense heat. During that process ozone gas can form in moderate to high concentrations, especially in the highly populated areas between Denver, Colorado Springs, Greeley and Fort Collins.

There are a number of sources for pollutants in the air including car exhaust, factory smoke and fumes from gasoline, paints and stains. Children, older adults and those with respiratory conditions such as asthma are typically impacted the most. High concentrations of ground-level ozone can make breathing difficult. It can also cause eye irritation and a reduced resistance that leads to things like lung infections and colds.

We should note that at the ground ozone is a bad gas, but in the stratosphere, where it forms naturally, it is a good thing. The ozone layer protects us from the harmful rays of the sun. 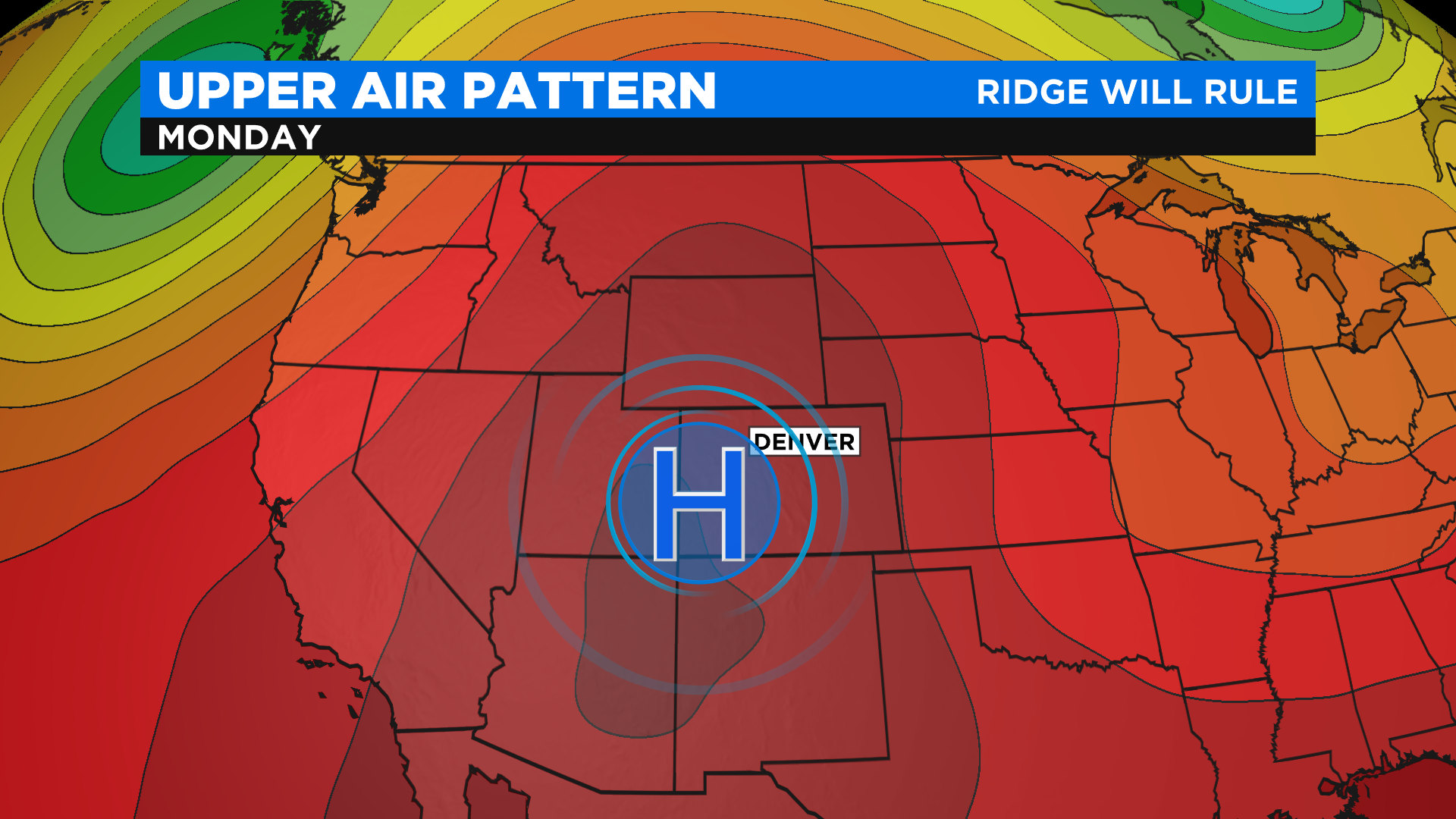 Ozone forms on hot days, generally when the temperature exceeds 85°F, and there is little to no wind to mix the atmosphere. This is very common in Colorado during the summer with the absence of the polar jet stream. As high pressure ridges set up over the west, we see prime conditions for the formation of ozone if pollutants are present.

The terrain of the Front Range can be a double whammy for problems with air quality. It can cause pollutants to get trapped in valleys, such as the South Platte River Valley. Morning temperature inversions can develop and essentially create a lid in the atmosphere, just a few thousand feet off the ground, trapping pollutants in the air below. This is something we see a lot, especially during the winter season, but since it isn't as warm, we tend to not see as many problems with the formation of ozone gas.

There are several things you can do to help keep our air as clean as possible, which in turn, will help reduce ozone gas formation during the heat of the day. Even adopting just one of the following practices will go a long way when multiplied by the millions of people living and working along Colorado's Front Range.

1. Stop at the click when getting gas, and try not to refuel between the hours of 10 a.m. and 5 p.m. when temperatures are hottest.

RELATED: Here's Why We Need To 'Stop At The Click' When Getting Gas In Our Vehicles

3. Tighten the caps on all items that could emit fumes into the air, such as paints and stains.

4. Car pool or reduce travel, especially during the hours of 10 a.m. and 5 p.m. when temperatures are hottest.

5. Use water-based paints, stains and sealants.

6. Use an electric starter or a "charcoal chimney" to start BBQ grills because lighter fluid contains a lot of harmful vapors that escape and contribute to summertime air pollution.

7. Maintain your vehicle; a poorly-maintained vehicle can pollute as much as 25 times more than a well-maintained one.