DENVER (CBS4) - Happy Saturday! We'll have another afternoon where we'll be busy tracking monsoon showers and thunderstorms around Colorado. They'll be most numerous for locations south of Interstate 70.

Upper-level wind speeds are still rather light over the state so storm movement will be slow again today, and that means there is still potential to see flash flooding. The risk is highest across portions of central and southwest Colorado where the National Weather Service has issued a Flash Flood Watch through Saturday night. 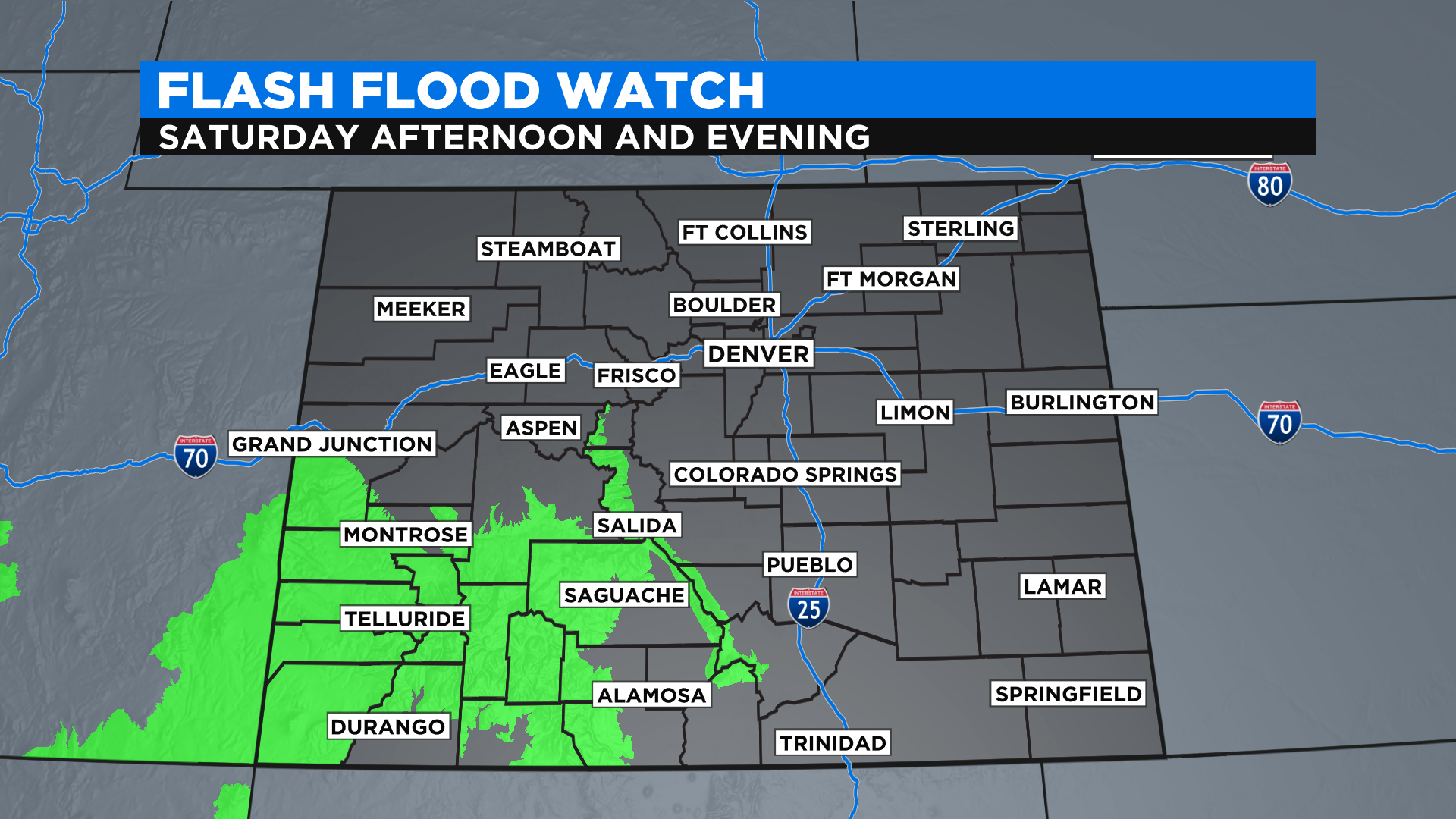 If you live north of I-70 you could still get some rain but it probably won't be as widespread and concentrated as it will be to the south of the highway. As always use extreme caution if a storm approaches your location, especially in the mountains or near recent forest fire burn scars.

With extensive cloud cover around the state today afternoon highs will be cooler for many areas. We're expecting a lot of 70s and 80s around Colorado. But the eastern plains and a few spots on the western slope will see more sunshine than the rest of us so we'll see 90s in those locations. 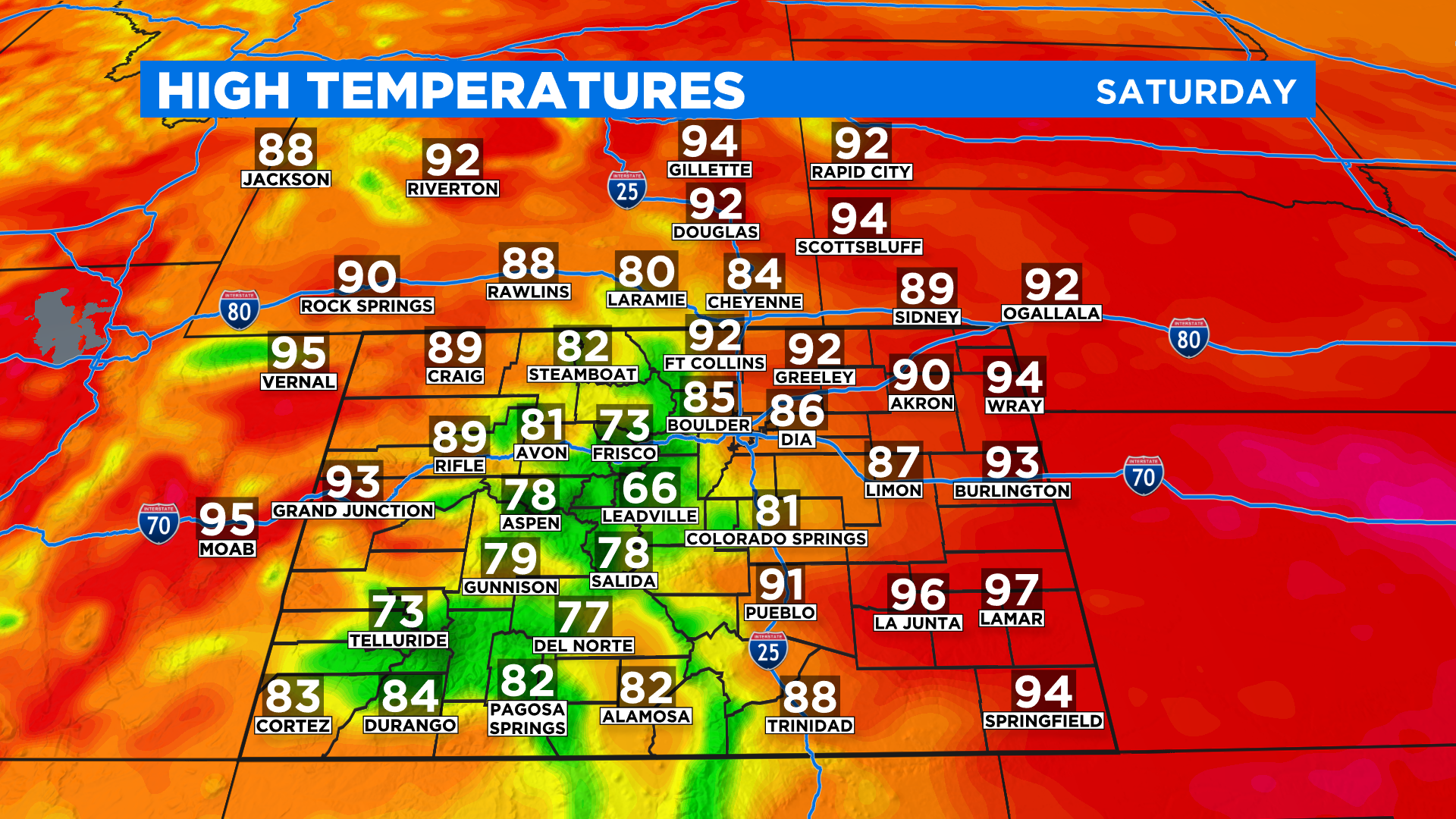 Looking ahead it looks like this round of monsoon moisture will depart early next week and Colorado will warm up and dry out a bit. In fact it will turn hot by the middle of the week with some places potentially getting back to near 100 degrees, including Denver. 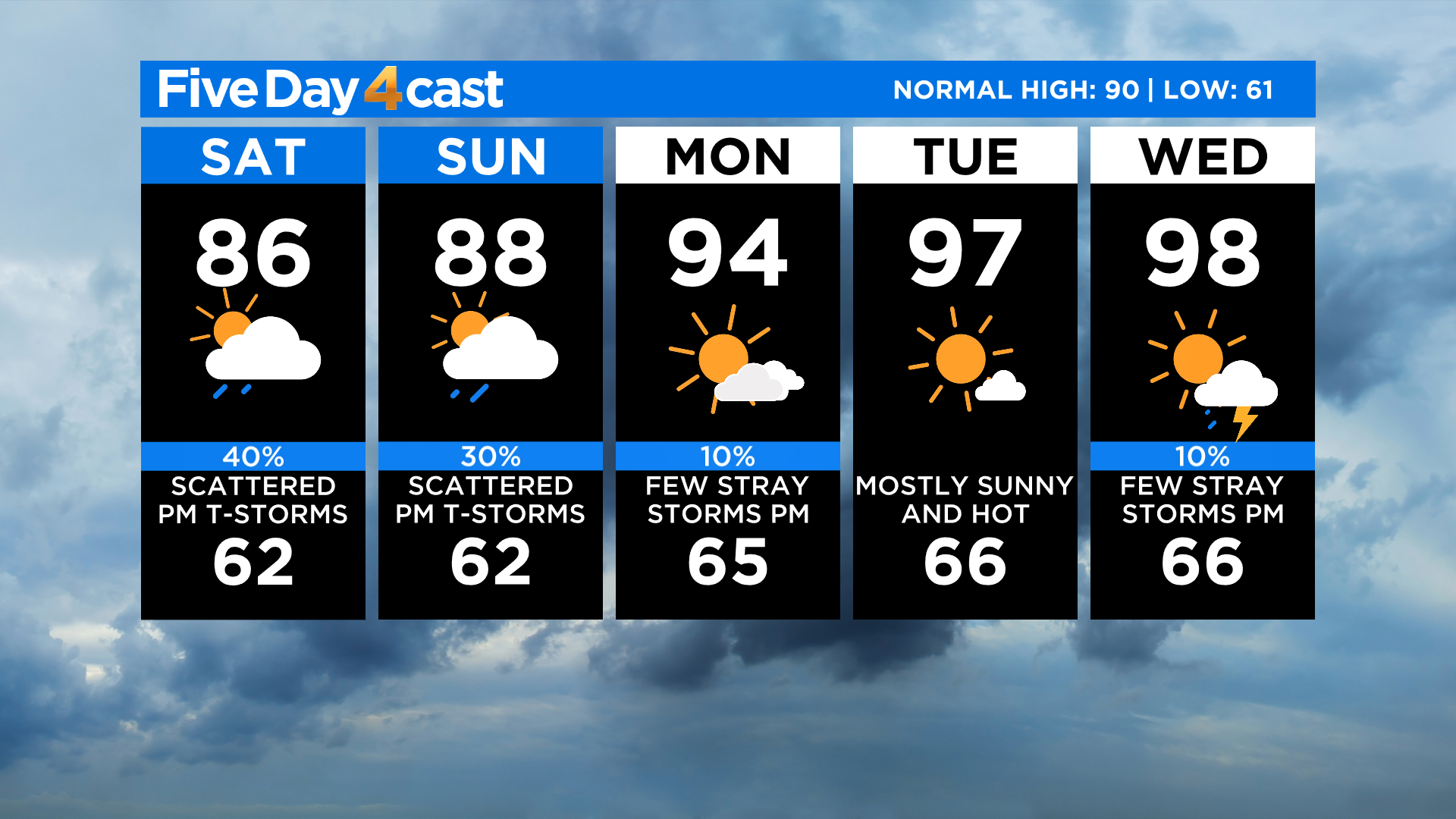