DENVER (CBS4) - Thursday's weekly update from the U.S. Drought Monitor had both good news and bad news about the growing drought in Colorado. The good news is there has been a slight improvement of conditions in the southeast due to a few rounds of soaking thunderstorms last week. Parts of Baca County, Bent County and most of Prowers County were downgraded from extreme to severe drought. 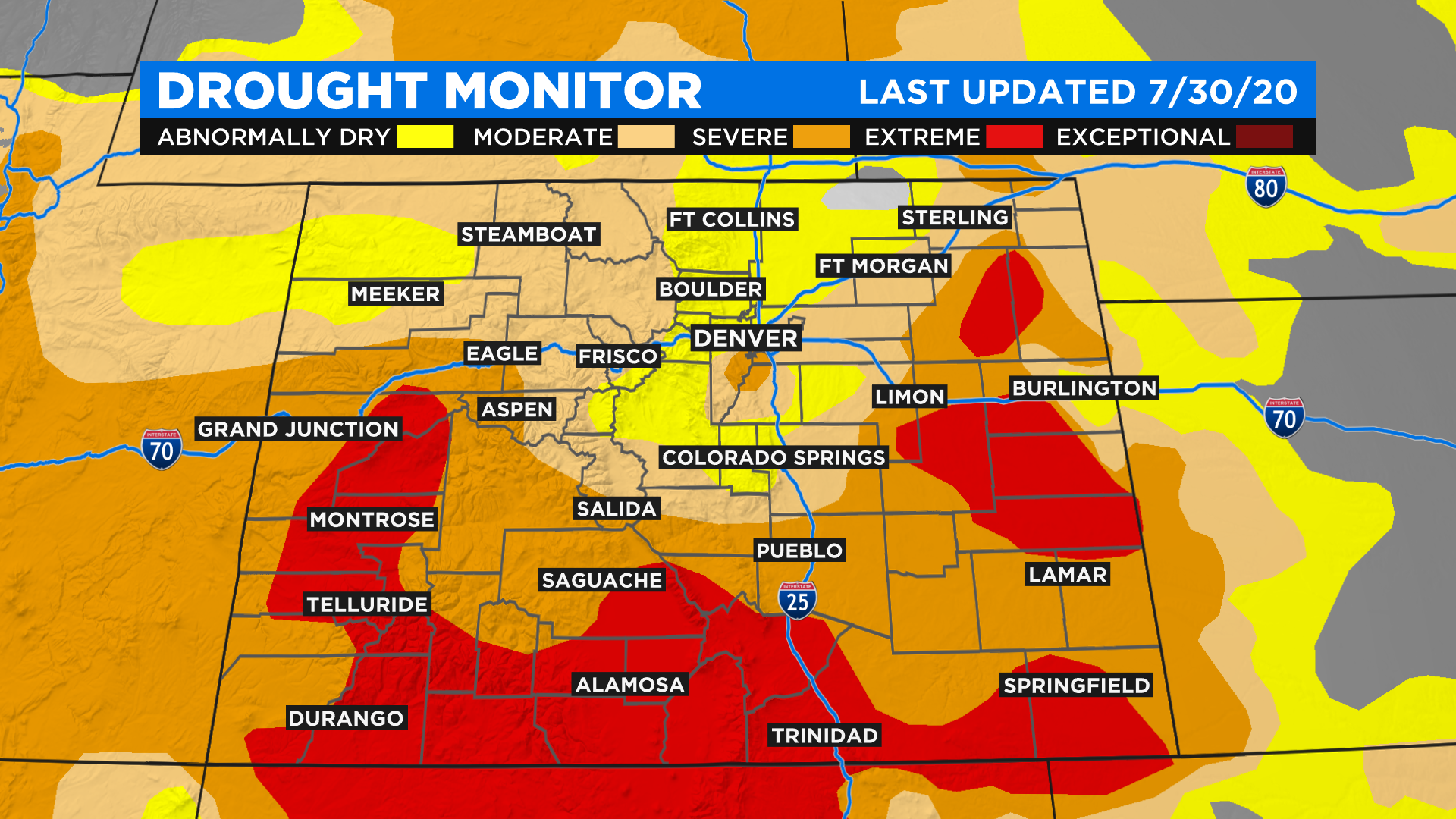 The bad news is an expansion of drought in areas along and north of Interstate 70. Much of northwest Colorado has been been moved into the moderate drought category while a pocket north of Denver that was not reporting drought last week is now considered to be abnormally dry.

Along the Front Range most of the immediate Denver metro area is reporting moderate to severe drought with abnormally dry conditions in Boulder, Broomfield, Longmont, Greeley, Loveland and Fort Collins. Abnormally dry means pre-drought and is usually marked by an increased demand for water.

Denver Water reports that overall water use during June was 15 percent higher than the five-year average. Their planners say it was on par with what they expected given the hot and dry month. 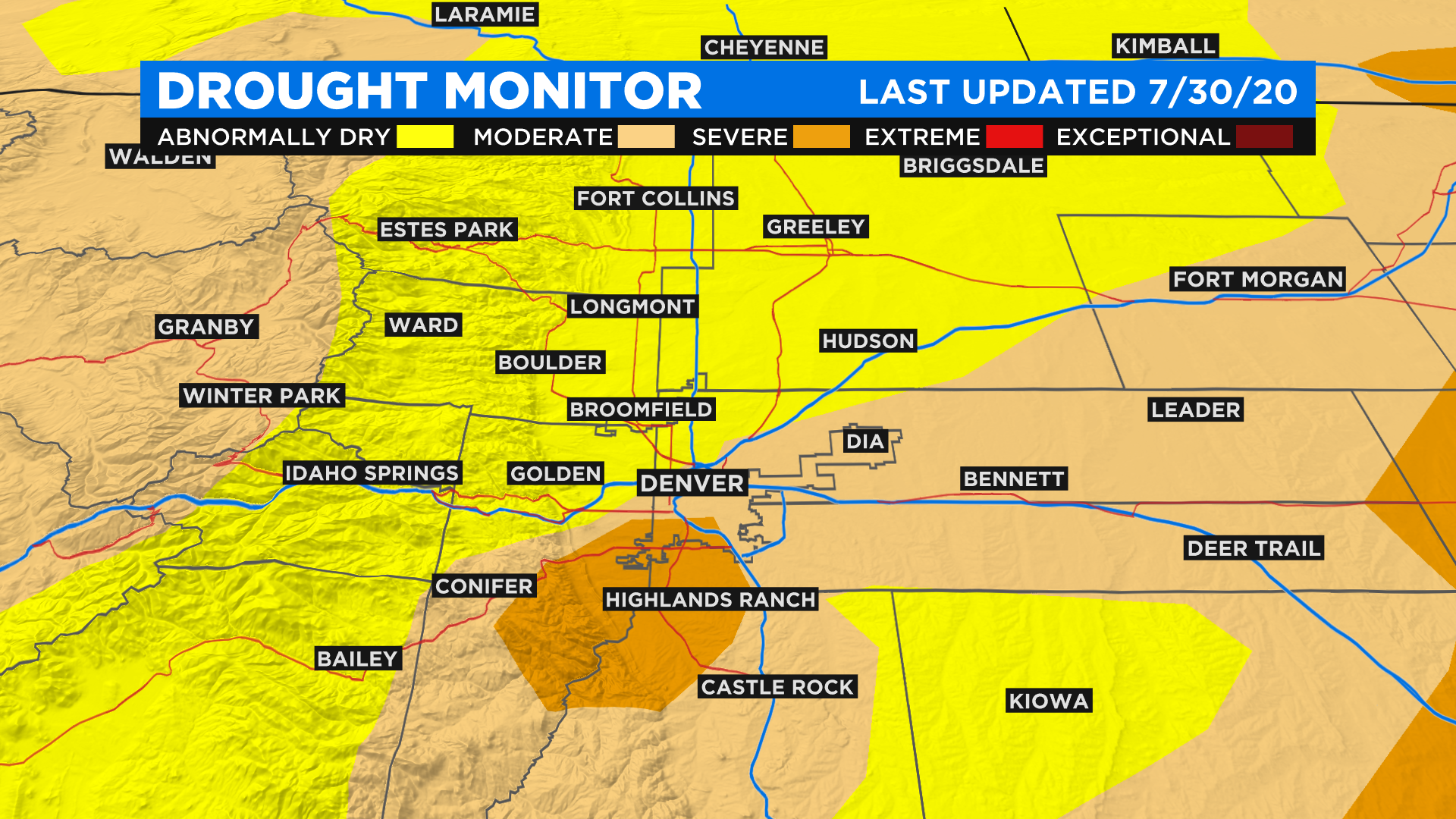 As of June 30 reservoir storage numbers were in good shape with Denver Water reporting 95 percent storage within their system. Statewide water storage at the end of June was 67 percent which is close to normal and slightly higher than this time last year. 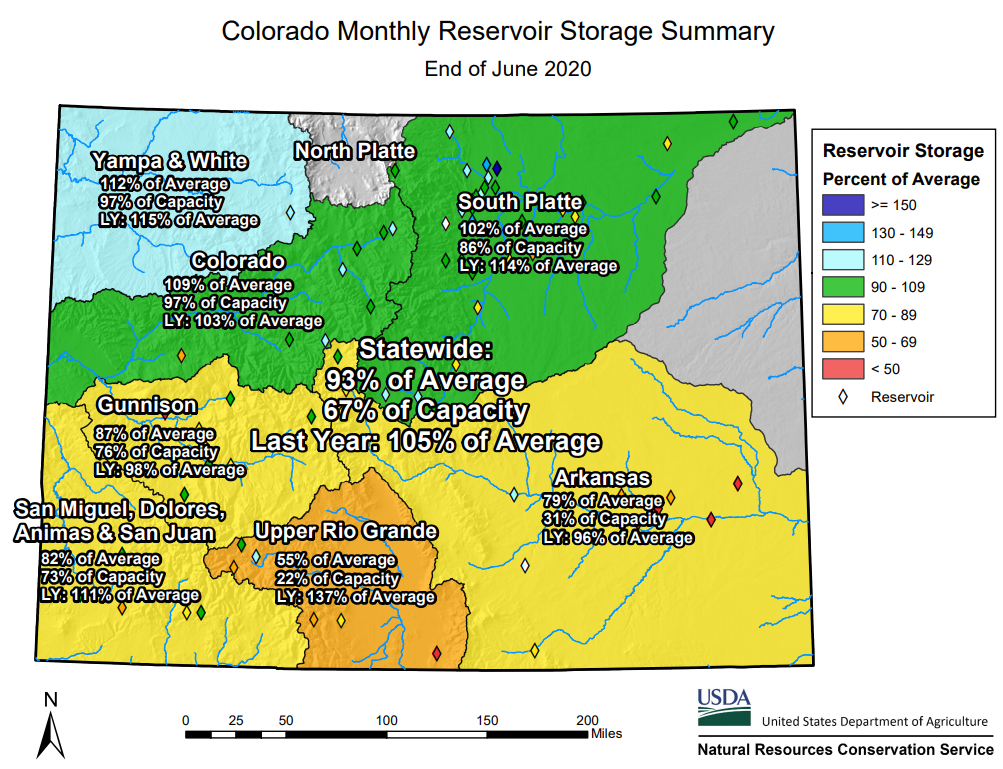 While summer rainfall is an important part of the climate in Colorado we depend on winter snow in the mountains to fill our reservoirs each spring. A big unknown right now is what will happen during the upcoming winter with regard to snowfall in Colorado. Earlier this month forecasters with NOAA said there's a 55 percent chance for La Niña to develop this fall.

La Niña is an abnormal cooling of surface water temperatures off the west coast of South America but it can sometimes have an impact on weather patterns worldwide. In Colorado it can lead to an inconsistent storm track and sometimes even below normal snowfall, especially in the central and southern mountains.

Now is the time to pay extra attention to water usage and to implement as many water conservation efforts as possible in case there isn't enough snow this coming winter to refill our reservoirs. The extended outlook calls for more hot and dry weather in the weeks to come with only occasional appearances from the North American Monsoon.