THORNTON, Colo. (CBS4) - Investigators in Thornton are investigating why a home exploded in Thornton and say they have located a body in the debris.

The body is that of an adult male in his 20s, and his identity has not been released. The body was found in the basement area of the home at 10 a.m. on Friday.

Thornton Fire Chief John Staley said Friday that the investigation into the explosion is focused on the possibility that it was caused by some sort of gas.

"Now the laborious process of determining the cause starts and that's key to the investigation. That's why we haven't moved the body," Staley said.

Staley said it's likely they won't move the body until the cause is determined.

The house, located near 131st and Monroe, blew up at approximately 3 p.m. Thursday and the blast could be felt as far as a mile away. The debris from the explosion was scattered across a 2 block area. 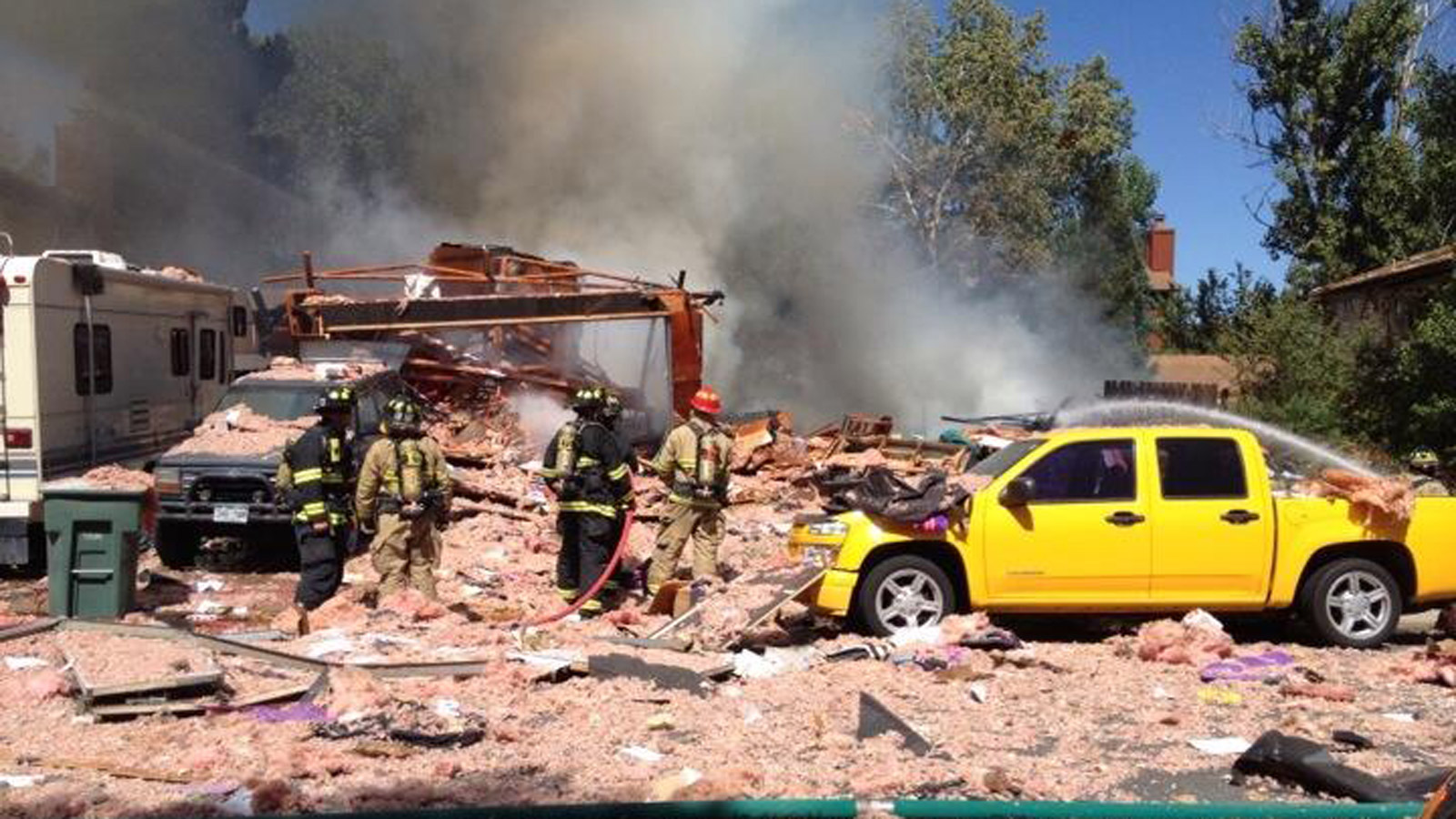 "As you can imagine, it's going to take us a while to pull some of those pieces, check them to see if there are burns on them or if there's any type of material that would indicate what caused the explosion," Staley said.

Sarah Smith, who owns the home and was not there at the time, told CBS4 she thought her husband was joking at first when he called her and told her that there had been an explosion.

"My neighbor called my husband and said that our house blew up and I told him he was lying," she said. "I just never thought it would happen to me."

RELATED: Neighbor Says Shockwave 'Just Hit Us In Our Chest'

Smith said two of her dogs, both chihuahuas who weigh about 5 pounds, are missing.