CHICAGO (CBS) -- The familiar sound of chainsaws echoed in several of Chicago's suburbs Tuesday night as crews worked to clean up after powerful storms hit the area.

CBS 2's Audrina Bigos reports there were downed trees and power outages in Huntley. More than 18,000 people are without power in McHenry County.

The downed trees in the streets are the least of McHenry County residents' concerns, as neighbors worry about trees that have fallen on cars and homes.

"I've never really witnessed anything like this," stated Alex Nuccio who said he was inside his house when the storm hit. "[There were] limbs falling down. Rain was swirling. I looked at the front door and all of a sudden, a big boom. I came running upstairs." 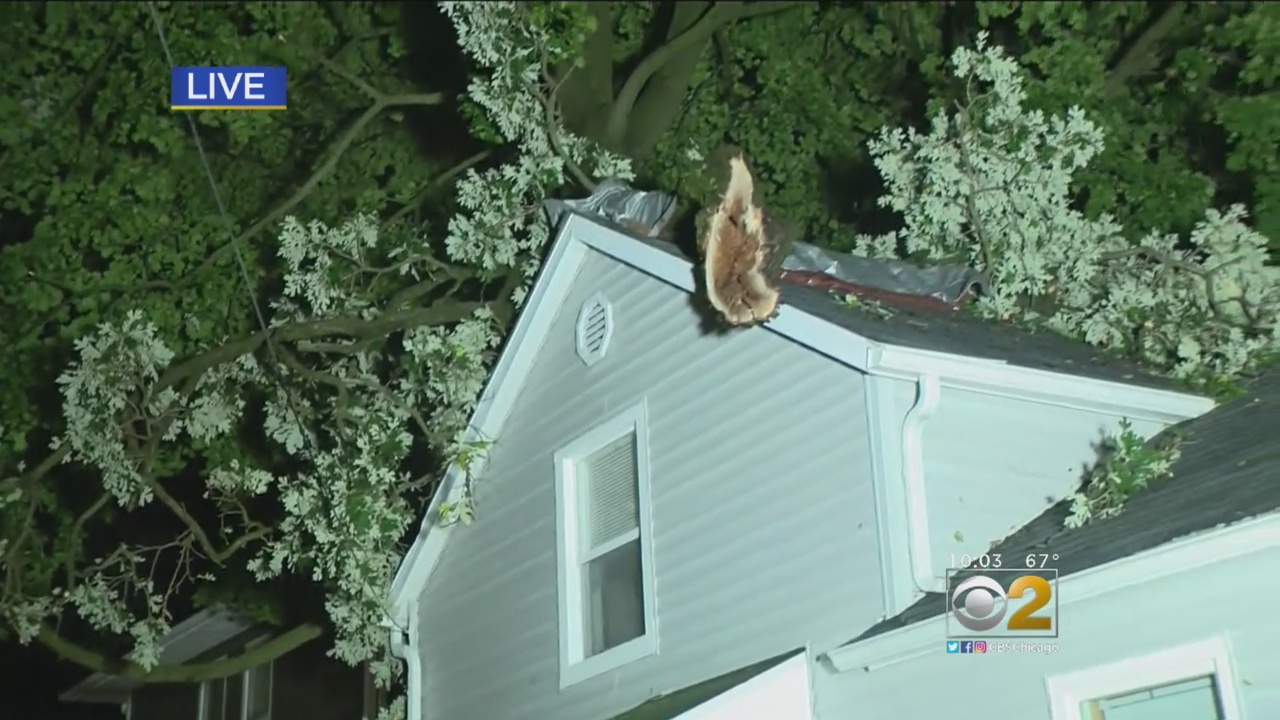 A tree fell on his house on 2nd and Church Streets in Huntley, going through his roof and into a bedroom. A branch fell less than two feet from the bed.

"It was unbelievable. This was a tornado or whatever? I don't know. It was bad," Vincent Nuccio said.

Down the street at a Mobile Mart on Route 47, Cyndy Danhoff was working when the storm hit.

"It seemed like a tornado was coming through, but it wasn't a tornado. Just a microburst. I've been here for two years and this is the worst. Last year, the storm on 47 going into Woodstock was no comparison. This is the worst storm in two years," Danhoff said. 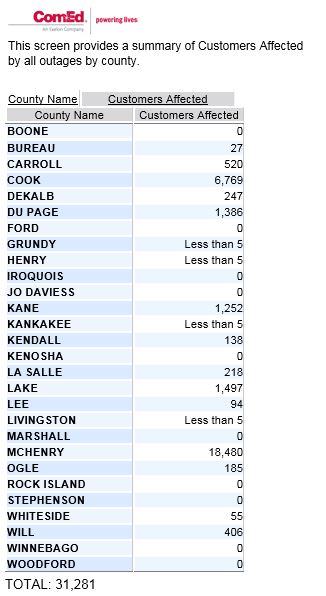 About 20 miles west in Genoa, crews cleared out downed trees and power lines. There were reports of similar damage in the nearby town of Sycamore.

Sycamore resident Jeff Hoste said, "A 150-year-old tree next to our 15-year-old house is half of what it was."

In Berwyn, cleanup crews were out after a tree snapped in half and barely missed homes on Euclid Avenue.

After the storms rolled through further west, there was a bright spot, where a rainbow could be seen over the western suburbs. 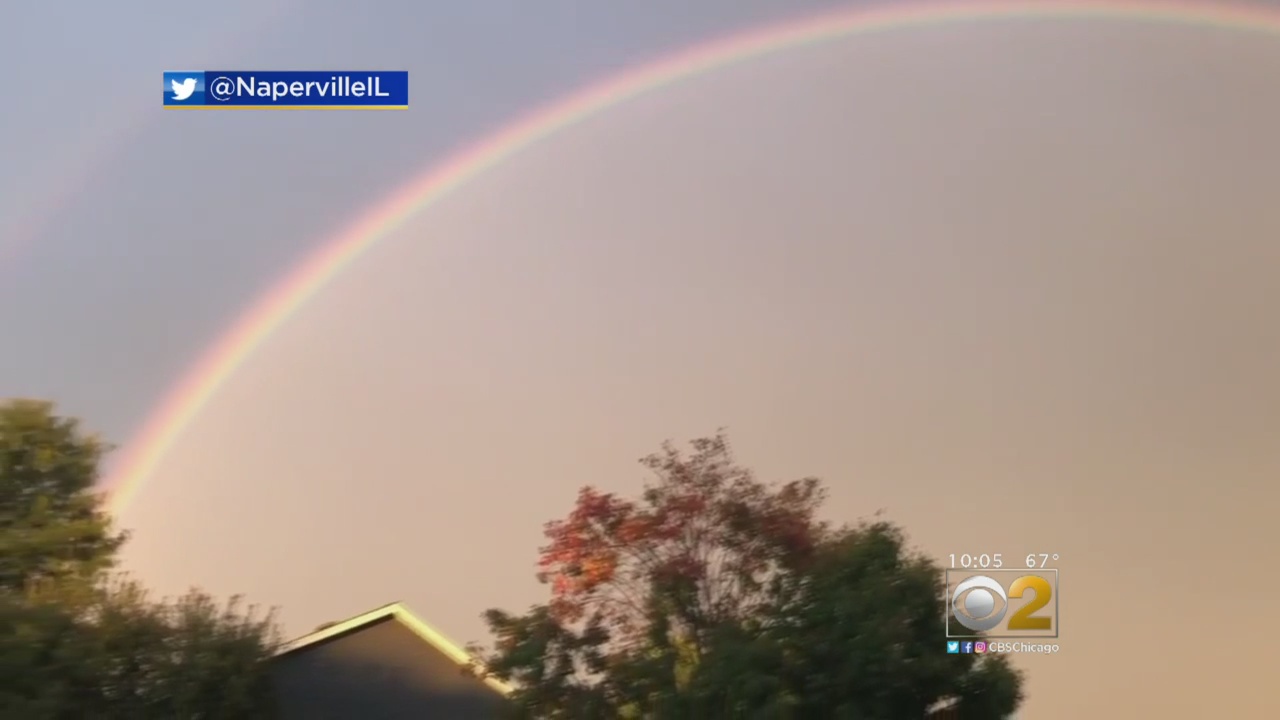 For the latest weather alerts anytime, download the free CBS Chicago weather app on your mobile device. It is available in the App Store or on Google Play.