CHICAGO (CBS) -- Leaders and dignitaries from dozens of nations are in Chicago for the NATO Summit at McCormick Place.

Here is a guide to what you need to know:

What is NATO? The North Atlantic Treaty Organization was formed in 1949 to defend against Communist aggression. Read More.

When does it start? The summit officially begins on Sunday afternoon and runs through Monday afternoon. The heads of state, including President Obama, are expected to arrive on Saturday night.

Will it be hard to get around the city? In some cases, yes. There will be random road closures to accommodate motorcades. Much of the area around McCormick Place will be shut down. Read More. 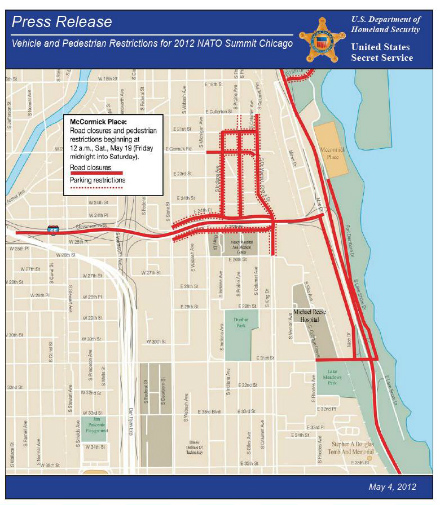 Will public transportation be affected? Yes. There will be carry-on restrictions and service disruptions on the Metra Electric line. Read More

Metra Electric stations that will be closed: Read More
The South Shore, which serves Northwest Indiana, will also be affected. Several trains are canceled. Read More

For trains traveling under McCormick Place, riders are being taken off trains while bomb-sniffing dogs sweep them. Commuters are then transferred to a waiting train that has already been swept.

The CTA train lines are not affected by the summit. Bus will be rerouted around the summit's restricted areas. Read More

Will I Be Safe In The City? The Chicago Police Department says it is fully prepared for any protests or disruptions surrounding the summit. There are several small protests planned all this week. So far, attendance has been light and the protests have been peaceful.

There are three larger protests planned: On Friday, the National Nurses Union is holding a rally at Daley Plaza. On Sunday, Occupy Chicago will hold its big protest march from Grant Park, south toward McCormick Place. On Monday, the Occupy group says it plans to shut down the Boeing headquarters in the West Loop.

What Should I Wear? There has been talk that workers should "dress like protesters" to that they don't stand out. Read More

Is It True The Museum Campus Is Closing? Yes. Homeland Security is shutting down access to the campus, and the museums will be closed. Read More

Will I See Clowns Throwing Pies At People? Quite possible. Read More

Test Your NATO Knowledge: How much to you know about NATO? Take this quiz.