But, several homeowners in one suburban community are furious after having to deal with costly roof repairs.

Now, those homeowners are reaching out to the CBS 2 Investigators for help.

Amy Martino recounts the nightmare she's had to deal with since purchasing her new home. She says her shingles are coming loose. 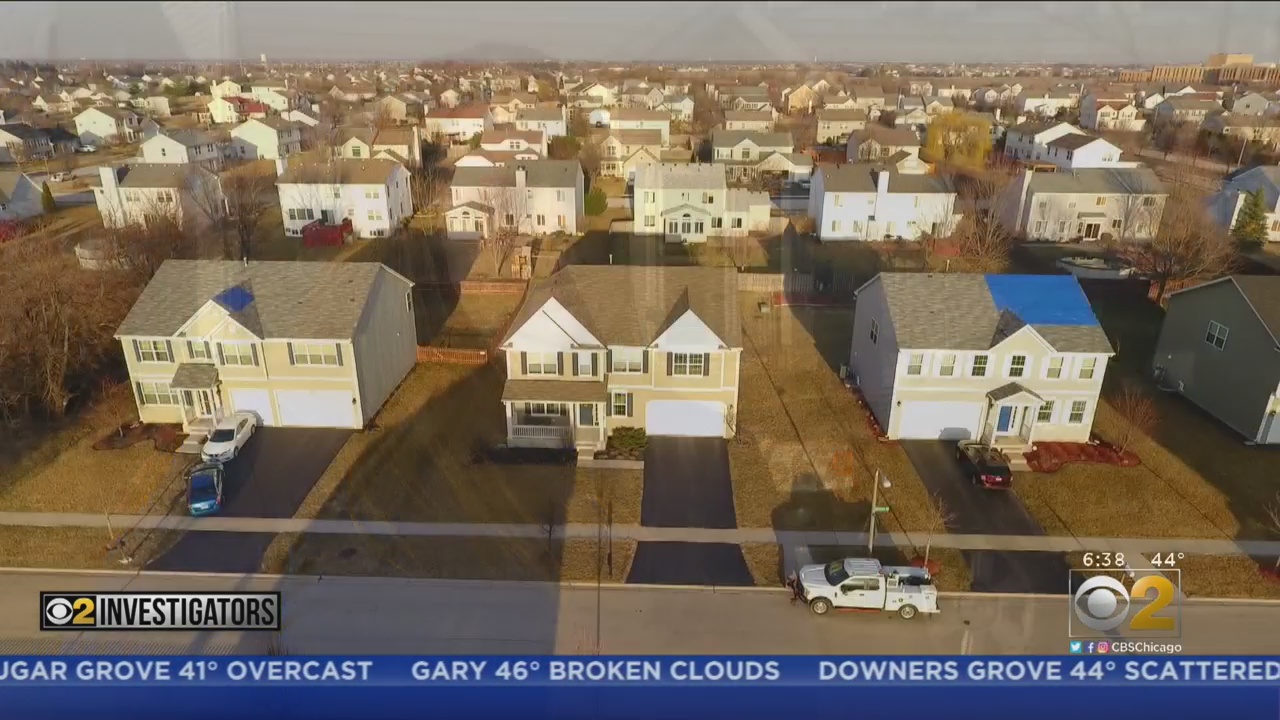 "I was happy then to be in our new house, but now I'm aggravated that our new house has a huge, huge issue," Martino said.

Another homeowner dealing with the same problem said roofing problems were unexpected, given the new condition of his house.

"You don't expect major repairs within the first 10 years or so," T.J. O'Hanlon said.

O'Hanlon has more than $1,200 in out-of-pocket bills he's paid for the roofing repairs.

Pulling out one of the bills, he says it's his fourth one.

In March, O'Hanlon's neighbor took a video of his roof shingles blowing in the breeze.

The faulty roofing is still visible two months later. Blue tarps cover his and several of his neighbors' houses.

Shingles should stay fastened to each other and the roof for at least 15 years, if they're installed correctly.

"Here's a bottom shingle--it's nailed too high," he said, pointing to a faulty installation. "High nailing can reduce the strength of seal, resulting in lack of adhesion."

Martino said she thought her roofing issues fit the definition of a construction defect spelled out in her 10-year home warranty.

"If stuff was not nailed down correctly, it has to be on them," Martino said. "There's no way it could be just because there was a wind storm that came through."

It's noted in a brochure on the roofing company's website that the roofs  are made to withstand winds of at least 110 miles per hour.

Weather data for March, when homeowners say the latest damage occurred, shows the highest sustained wind speed clocked in at 41 miles per hour. The strongest gust was 60 mph that month.

The builder has refused to cover the repairs.

"I feel like they should be the ones to fix it and they're refusing," Martino said.

Since CBS 2 took video of the roofing problems, four homeowners have received new roofs, which were paid for by insurance.

They still footed the bill for their deductibles, however, because the builder denied the warranty claims.

After our phone calls - the builder, K. Hovnanian, has agreed to take a second look at the homeowners' claims.