CHICAGO (CBS) -- Many people turn to eBay for discounts and deals, but you may want to check twice before placing an order.

A new law that went in efffect this year requires eBay, along with other online marketplaces, to collect sales tax on Illinois transactions. But eBay has experienced some glitches and CBS 2 discovered some items include a sales tax charge even though they are exempt.

A complete list of exempt items can be found in the PDF below.

Derek Monroe, who often works abroad, purchases foreign bills and coins on eBay for a discounted rate. All currency – both foreign and domestic – should remain tax-free under the new law, according to the Illinois Department of Revenue.

But since the law went into effect on January 1, Monroe has noticed this sales tax has counteracted all the money he anticipated saving. Depending on the type of currency he purchased, he was taxed anywhere from seven to 51 percent.

CBS 2 tried to replicate Monroe's shopping experience, and found that $36 dollars worth of Australian coins were taxed up to two additional dollars.

"It's more expensive so there's no point in really buying this anymore," Monroe said.

The Illinois Department of Revenue confirmed that Monroe should not have been taxed.

"It's principal," Monroe said. "We are already taxed up to the hill."

Currency is not the only exemption. Certain chemicals used in farming like insecticides and poultry remedies should also be tax-free. Morning Insider Tim McNicholas found otherwise. 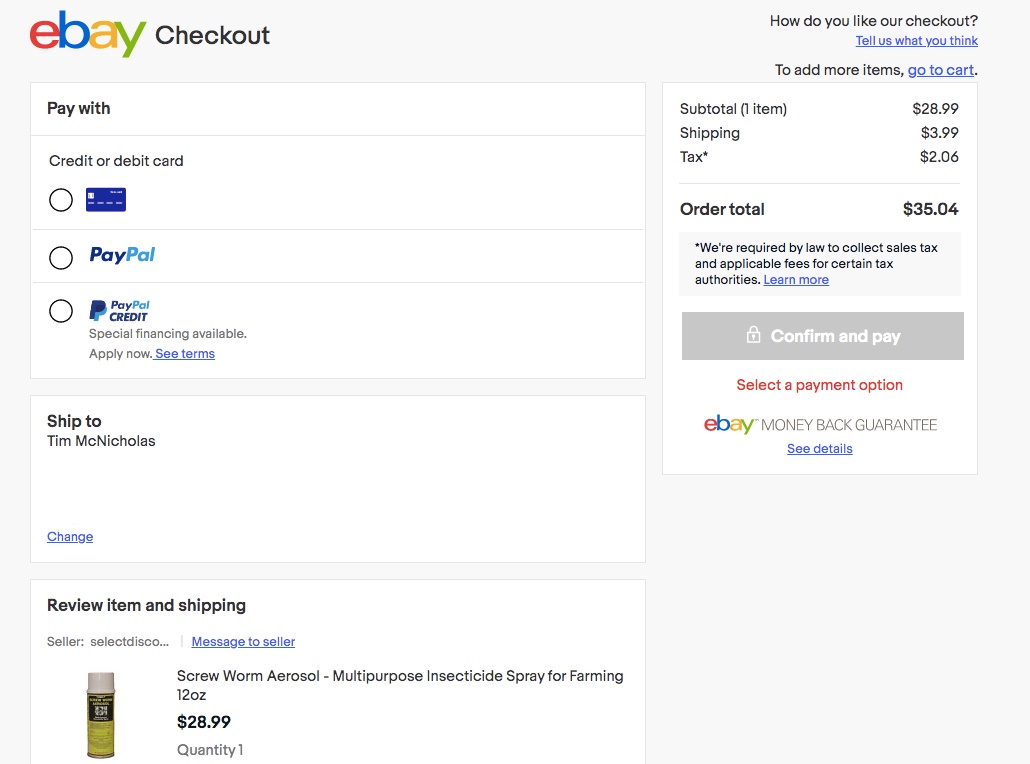 eBay had a sales tax for both.

The state says anyone who feels they were wrongfully taxes should reach out to the marketplace facilitator. Monroe contacted eBay on January 2 requesting they refund his taxed currency.

"Maybe common sense and decency will prevail and they'll do the right thing," he said.

An eBay spokesperson acknowledged that the currency should not have been taxed and that they would ensure Monroe receives a refund.

The company also said the new law was a significant shift for eBay as an online marketplace and that it is "actively addressing any issues for buyers and sellers in the area."

The Illinois Department of Revenue says sellers should be providing information to eBay about whether their listed items should be taxed. We asked eBay whether that is happening and we are still waiting to hear back.