CHICAGO (CBS) -- A new federal Lawsuit takes aim at a Chicago police officer who went viral for claiming "I kill mother------s." Turns out that officer did kill a teenager who was suspected of killing another man in a shootout in 2014.

CBS 2 Investigator Brad Edwards has been working this story for months. It's a story in shades of gray that begins with a grieving grandmother and a viral boast.

Those words are not from a spree killer or a hardened Chicago gang-banger, but instead, from a Chicago police officer, one with a history of questionable arrests and use of force: Officer James Hunt.

Bonnette Jernigan's grandson was shot 10 times by Hunt, including in his back -- per the autopsy.

"How did he have a bullet in the back?" Jernigan asked after CBS investigator Brad Edwards showed her Pittman's autopsy.

"Look at all of these shots. Oh my God, who shoots a human being like this?"

Four years later, Officer Hunt engaged 20-year-old Kenneth Lee while he crossed the street with some friends on July 3, 2018. Lee said Officer Hunt accelerated in his squad car, responding to the scene.

That is when the Lee and his friends say they began to tape the encounter.

The following interchanges were captured on the cell phone video and CPD body camera video.

"You just tried to hit me with a car?" Lee said.

"He said we about to go on Snapchat," Lee recalls in a recent interview with CBS.

In the video, Lee responds by saying, "You don't even got a Snapchat, bro."

"In this day and age, after Laquan McDonald's case, as the city tries to heal and rebuild that trust, you have an officer like this who is doing the complete opposite," Neslund said.

Neslund says he filed a federal civil lawsuit against Hunt, another officer and the City of Chicago on behalf of Lee Monday afternoon.

Police officers are trained in de-escalation. Despite that, Hunt is on camera yelling obscenities and raising the tension.

"You can have all the training in de-escalation you want. You can put body cams on everyone," Neslund said. "You're not going to have change unless you get the right individuals for the job that want to serve the public."

In body cam video from July 3, Lee stands on the sidewalk and asks Hunt to leave him alone.

Lee then makes a reference to officers getting shot.

"He giggled while he said it," said Lee.

At the time, Lee bit back with a comment about the killing of Commander Paul Bauer.

"How's that officer that got killed doing?" Lee asks.

"Which one?" Hunt replies.

"The one that got shot," Lee clarifies.

Hunt turns to his fellow officer and asks, "Do you feel that was a threat?"

Hunt pivots back towards Lee.

"How is that a threat?" Lee inquires.

Hunt responded by arresting Lee for assaulting a police officer and jaywalking. 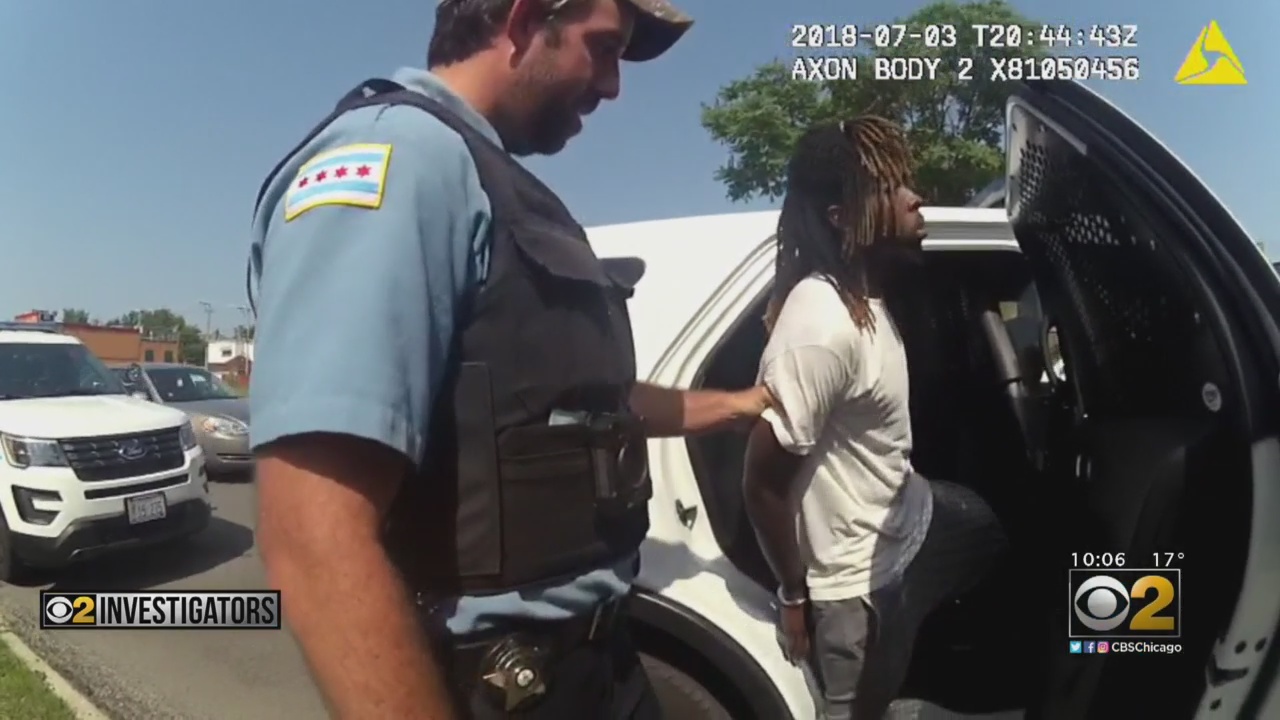 That was not the last Lee would see of Hunt.

In an act that Neslund believes to have been retaliatory, Hunt arrested him again, this time for retail theft from a Walgreen's. That charge was also dismissed.

"When the charges were pending for this assault, [Lee] was arrested and charged with a retail theft from a Walgreen's that was also dismissed," said Neslund.

Craig Futterman is a clinical professor of law at University of Chicago. He believes that it is implausible that these are the only instances of Hunt taunting young black men.

"I can only imagine it is the tip of the iceberg," said Futterman.

Officer Hunt joined CPD on June 3, 2013. In less than six years, he has had eight accusations of misconduct filed against him. The complaints include use of force, false arrest, and racial/verbal abuse. When measured against his years of service, that puts him in the top 95th percentile of CPD officers, according to research by the Invisible Institute -- a journalism watchdog organization.

Hunt has also filed 16 use-of-force reports. That's a standard self-reporting mechanism when a cop uses force, such as a gun or Taser. His use of force reports put him in the top 99.9 percentile.

Hunt began his law enforcement career at the Pontiac Police Department on Oct. 1, 2008. He resigned soon after, according to Pontiac police, to take a position with the Frankfort Police Department.

Hunt resigned from Frankfort after only one year and two weeks.

It was a full three years before his next police job in Illinois -- with the CPD.

The first complaint lodged against Hunt with CPD was for verbal abuse. It was filed 13 months after he joined the force, on July 15, 2014. Forty days later, he shot and killed DeSean Pittman.

All the while, he was still within his 18-month probationary period, per CPD rules.

"The mentality that's shown in [the Lee arrest] video highlights to me more than anything the critical need for this consent decree in Chicago for oversight. External oversight," said Futterman.

Hunt arrested Lee for assault. On the police video, Hunt tells a fellow officer, "This one, this one said to me, he was like, 'You could wind up like the f-----g guy who got dead. There's snipers out here. Y'all wind up dead,' So I took that as assault."

In all the reviewed video, CBS heard nothing remotely like this. Hunt arrested Lee directly after Lee inquired about slain Commander Bauer.

CBS investigator Brad Edwards asked Lee whether he was surprised to learn that Hunt had killed before.

"Not at all," Lee responded.

CBS 2 Chicago's Freedom of Information Act requests about the incident have been consistently delayed.

Per reports -- four CPD officers were on the scene. Only one officer fired: Hunt, who fired eleven times.

Per the Independent Police Review Authority's (IPRA) own report, obtained by Lee's legal team, Hunt fired when Pittman was within five feet and aiming his gun in Hunt's direction. The case was left pending with no action and no finding for three years.

Between 2007 and 2014, there were more than 400 officer-involved shootings. IPRA only ruled that one was unjustified.

Then, October 20, 2014 -- Laquan McDonald was shot at killed by CPD Officer Jason Van Dyke. The revelations later revealed in that case led, in part, to major procedural changes within the department and a re-evaluation of previous police involved shooting incidents.

IPRA followed up on the investigation into Pittman's death a full three years later, interviewing Hunt on July 31, 2017. IPRA's new conclusion: "P.O. Hunt's use of force was reasonable."

According to the autopsy report, "Reporting investigator took photos of the scene. Unfortunately, both remains were removed before investigators' arrival."

Sources tell 2 Investigators it's uncommon the bodies would be removed so quickly, prior to the arrival of investigators from the Medical Examiner's Office -- considering both were dead on scene, and it appears no life-saving attempts were made.

While the case was closed, it was not the end for Jernigan.

"Did they ever say which bullet actually killed him? The first? The second? The third? The fourth? The fifth? The sixth? Which one? Did he feel all of them?" she said.

At the thought of her grandson's final moments, Jernigan cradles her head in her hand and cries.

Officer Hunt, through an attorney, has no comment and is unable to comment while an investigation into the Lee matter is on-going.

In response to our story, police spokesman Anthony Guglielmi said in an email:

"This kind of behavior is not what is expected of Department members and is in contrast to the hard work we have done and continue to do to rebuild trust with the communities we serve."

As for Hunt's viral arrest of Lee from July, the Civilian Office of Police Accountability (COPA) is currently investigating the officer for "excessive force." COPA says significant steps have been made in the investigation, which could conclude in the next two weeks.