CHICAGO (CBS)-- A West Side family said they're unable to get their dog back, after it ran away earlier this month, because another family had quickly adopted it.

Lost dog flyers for 10-year-old Kobe are still hanging around the Austin neighborhood.

He disappeared a few weeks ago, but animal care workers said he already legally belongs to someone else. 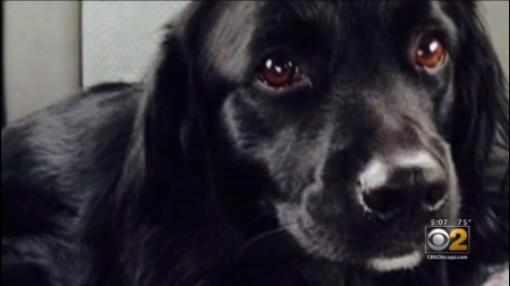 "It's like you're losing a child," Symara Moses said.

The Moses family said Kobe ran off on July 5 because he was scared of the fireworks.

"I just hope we get our dog back, so we can go back to being the happy family that we were," Corey Moses said.

A neighborhood search showed no signs of Kobe, so Symara's husband checked Chicago Animal Care and Control the next morning.

Kobe wasn't there, but officers did find the dog later that day and brought him to animal care.

It's not clear whether animal control knew it was the Moses' missing dog.

Kobe was not microchipped and did not have dog tags.

"We're really, really beating ourselves up about that," Symara said.

Animal Control posted Kobe's picture online and held him for three days, then transferred him to a rescue group called Fetching Tails Foundation on July 9.

Fetching Tails said it neutered him, microchipped him and treated an ear infection. After a week with Fetching Tails, animal care workers said Kobe was legally adopted by another family.

Meanwhile the Moses family was still looking for him.

They heard last week that Fetching Tails had him and reached out, but Symara was told the owners didn't want to give Kobe back.

"You would think, 'Okay, my dog has been missing less than 30 days. I know where he is. He should come home,'" Symara said. "It really should be that simple. It should be something in place, at least 30 to 90 days."

The Moses family said they have had Kobe since he was just a few months old, and this is the first time he's gotten away.

They're hoping to at least set up a meeting with the new owners of the dog.