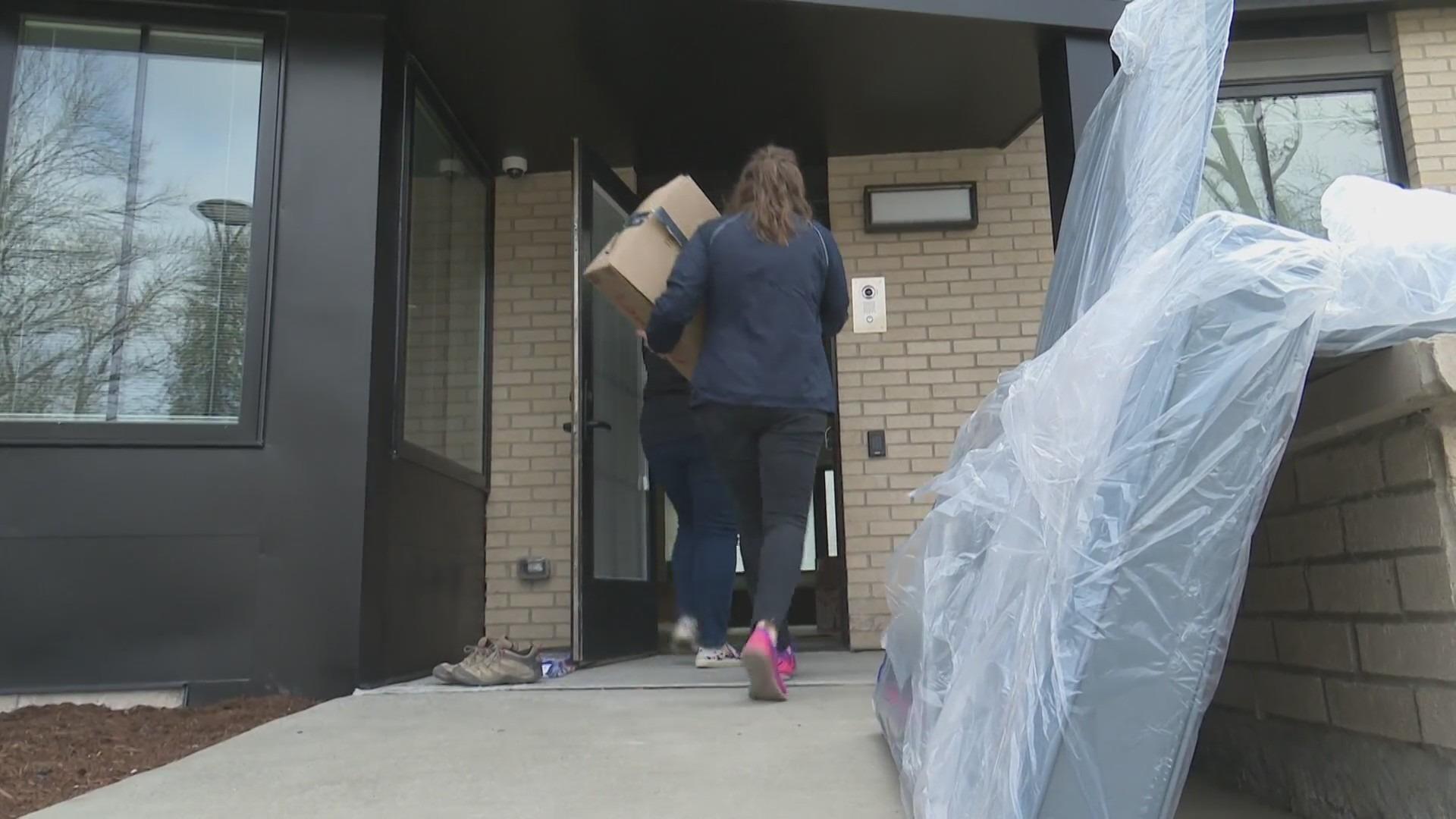 CHICAGO (CBS) -- We've told you before about a Des Plaines homeless shelter in need of a new home. Our cameras were there before, during, and now after the struggle to piece together a place for young women in need.

CBS 2 Morning Insider Lauren Victory closes out her trilogy of updates on the Harbour House.

The $1.6 million refuge for homeless young women is not weeks nor months, but five years in the making.

"To make it to this point and see all the people who are arriving to help set it up, it's an incredible feeling," said executive director Melody Rose.

The long-anticipated fresh start comes after some false starts for non-profit The Harbour.

In March 2021, CBS 2 showed you the Band-Aids holding together the old shelter on site; patchwork that the fire marshal had taken notice of.

Not only was the building falling apart, so were fundraising plans for a new shelter.

The pandemic stalled donations, but then, "once the CBS spot ran, we had an angel donor who came out of the woodwork," onetime Harbour executive director Kris Salyards said last June.

That wave of good will continues.

Non-profit partner Designs for Dignity coordinated $140,000 worth of donated furniture and materials, along with hundreds of hours of pro bono design services.

"You'll see splashes of color, comfortable furniture. Everything was done with purpose and to make these young women feel like they've got a place to call home," Designs for Dignity CEO Jennifer Sobecki said.

And perhaps most important piece: capacity increases from 8 to 10.

The youth are excited to take the tour, to be here, to be sheltered and feel safe, and I feel like it's gonna be great," said residential supervisor Cedrica Fails.

Demolition awaits the old shelter. In its place, they'll build a beautiful garden for anybody staying at the new Harbour House.

Donations are still needed for the new shelter, because construction went $300,000 over budget. Organizers blame the rising costs associated with supply chain issues.

Lauren Victory is a Morning Insider reporter for CBS2 Chicago. Lauren joined the station in May 2016 and is a graduate of the Medill School of Journalism at Northwestern University.