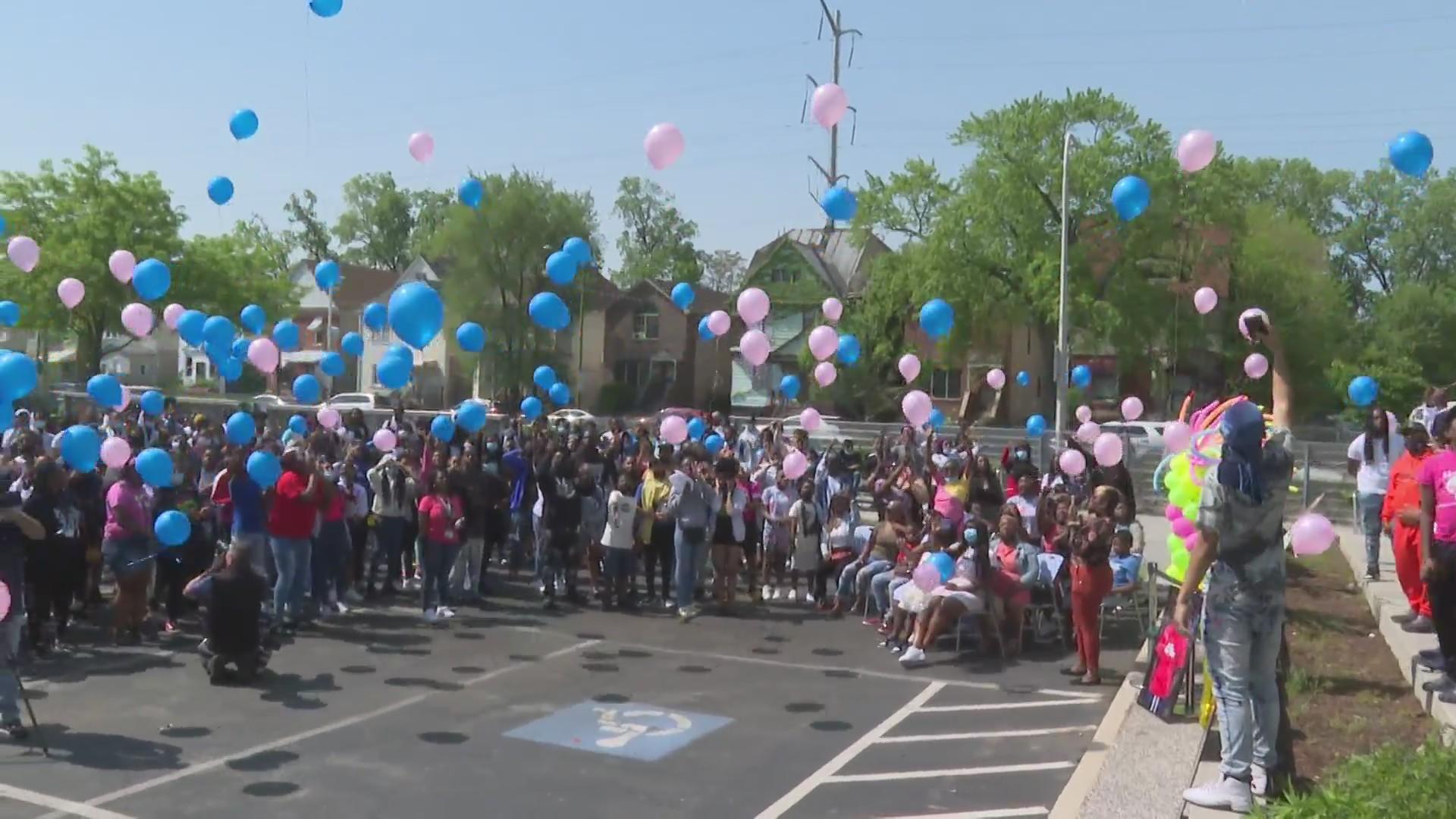 CHICAGO (CBS) -- The life of that 16-year-old Seandell Holliday was honored with a balloon release at his school -- Gary Comer College Prep.

Holliday was shot and killed Saturday during an evening of chaos in Millennium Park.

After the balloon release -- Seandell's mother spoke a little bit about her son.

"My son was a genius. He can fix anything," Chanell Holliday said.

"When he was younger he was a drummer then he went to backyard wrestling, and all of a sudden, he started rapping, like he started making music. He set up a studio in his room -- had a little mic hanging from the ceiling. I said 'boy you don't be putting holes up in the wall'. Yes, but my son was genuinely a good kid.

The colors of the balloons released Thursday had a special meaning -- blue was Seandell's favorite color and pink was the color of his favorite shirt.