CHICAGO (CBS) -- If the White Sox are feeling neglected right now as the Cubs ready to open the World Series on Tuesday night, they have a good reason.

It seems as if some in "the media" have forgotten them.

And not just in that graphic.

It happened here, too. 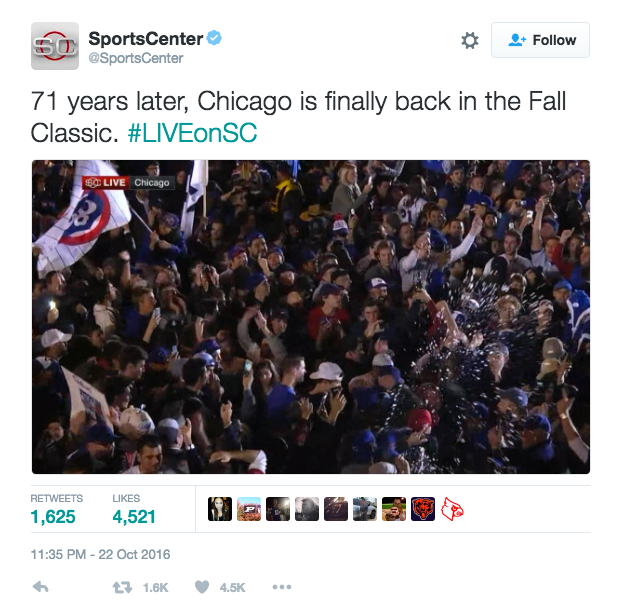 ESPN also ignored those soccer titles won by the Chicago Fire. (The WNBA's Chicago Sky made it to the finals in 2014.)

And why "Championships since 1965?" For purposes of this graphic comparison, shouldn't it simply be since 1985? (Update: Cleveland won a pro football title in 1964, so ESPN started with 1965.)

Cubs-Indians: How they stack up

To be fair, it wasn't just ESPN.

CBS quickly apologized for the error. And Twitter pointed out that the White Sox also played in the World Series in 1959, but the follow-up tweet was simply correcting the last time Chicago hosted a World Series.

Hey, mistakes happen, but the South Side just doesn't get respect.