CHICAGO (CBS)-- The drug-resistant fungus Candida Auris is spreading, but hospitals don't have to reveal if cases have been reported.

The Spoor family doesn't want anyone else to go through what they did, finding out too late.

Jason Spoor is talking about his mother Stephanie's diagnosis with Candida Auris, contracted during treatment for complications of Lupus. He and his father believe, while she was here at Northwestern Memorial. Hospital where she passed away. 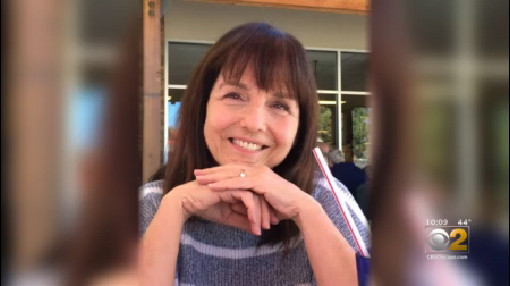 "After she was diagnosed, we told there were three or four cases before hers," Spoor said.

The fungus is known to prey on those with weakened immune systems.

So, the Spoors argue, those people have a right to know they're putting themselves at additional risk. They should know about prior cases at a hospital before choosing to receive treatment there.

CBS 2 is asking local health departments and legislators why information regarding the fungus is not public information.

The Illinois Department of Health spokesperson told CBS 2 the IDPH is not "obligated" to share information.  In fact, the Control of Communicable Disease Code limits the information they can share.

The spokesperson went on to say "there is a risk of healthcare-associated infection in all health care facilities a risk of Candida Curis, MRSA, C. Diff, and others."

The Spoors, turned to legislators.

"I've already emailed senator Durbin and senator Duckworth asking them to have their staff or themselves look into this because I don't feel, in our democracy, our healthcare system operating in the dark is good for anyone," Spoor said.

CBS 2 followed up with both senators and congressman Mike Quigley.

"No family should ever have to experience the pain of watching a loved one suffer from a drug-resistant infection," Quigley said. I send my deepest condolences to the family and friends of Stephanie Spoor. I strongly support increased awareness, research, and coordination at all levels of government to better understand how and why infections like Candida auris spread and are transmitted in a hospital setting. There is much more that we can and must do to better identify and combat these conditions so they do not continue to take the lives of patients who enter a hospital expecting to heal."

Northwestern Hospitals declined to comment. The hospital hasn't issued any kind of announcement about having any cases of this illness. No hospital in the area has either.