CHICAGO (CBS)--Tonight on CBS, they'll be saying 'bazinga' for the last time.

The Big Bang Theory, one of television's most successful comedies in history, will air its last episode May 16. 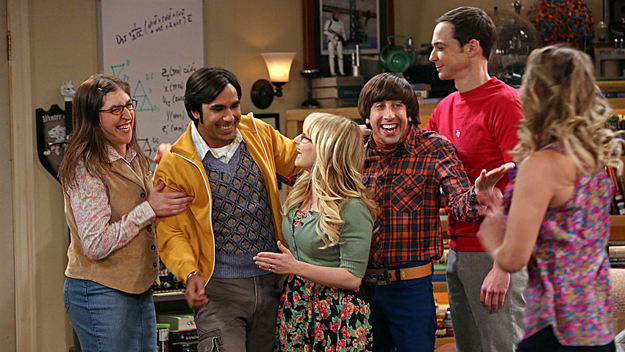 CBS 2 Morning Insider Vince Gerasole takes a look at why the series even won over some masters of science.

There's no doubt Adilson Motter has a complex mind.

He's an interdisciplinary physicist, probing the intersections of physics and biology, for example.

"I think both science and arts are based on creativity," Motter said.

So, a guilty pleasure for this Northwestern professor isn't a complex equation.

Motter is a fan of The Big Bang Theory.

He says the fictional scientists on the show bring his profession to life.

"I think there are numerous exaggerations when it comes to the nerdiness of the characters," Motter said. "You can say they incorporate all the stereotypes you can imagine about scientists."

Motter said the scientific concepts in the show's storylines are realistic.

That's because throughout the show's 12-year run, producers employed a physics professor to get all the show's jargon just right.

"There are lots of subtle references that perhaps only scientists can appreciate," Motter said.

The Big Bang Theory may have had a not-so-little impact on college campuses in the United States and in England. They report a rise in the number of students hoping to study physics since the show began.

"It makes it look cool, so now physics is a cool subject for a number of teenagers," Motter said.

As the show heads toward the final broadcast, there are some subjects Motter wishes writers would have approached differently, he says.

"I think the show has some weaknesses," he said. "The main characters are all male, there isn't much diversity in the group and there are successful female scientists, but they tend to be supporting."

On the show, Sheldon and his wife, Amy, hope to win the Nobel Prize for their research into the theory of super symmetry, which is very close to Professor Motter's area of concentration.