BOSTON (CBS) -- A Dorchester man who police say was involved in the gunfight that killed a man outside Fenway bar Who's On First last Thanksgiving was arraigned on charges related to the shooting Tuesday.

According to prosecutors, Carpenter-Grady was one of two men who exchanged gunfire outside of Who's On First on Yawkey Way, with the gunfire hitting bystander and MBTA Commuter Rail conductor Jephthe Chery.

Chery was pronounced dead at the scene. 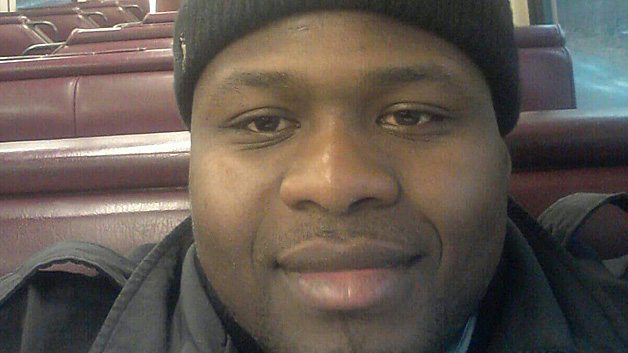 "Mr. Chery was not involved in the exchange of gunfire or any conflict that may have preceded it," Suffolk County District Attorney Daniel F. Conley said. "The evidence to date has established that he was an innocent bystander."

Assistant District Attorney John Pappas said that around 2 a.m. on November 26 on a crowded sidewalk outside the bar, Carpenter-Grady and another man encountered one another. Pappas said they brandished firearms and opened fire within moments of their encounter.

Carpenter-Grady and two other men suffered non-life-threatening injuries in the shooting.

Prosecutors said Carpenter-Grady could be seen on surveillance video placing a gun, later found by Boston Police, under a parked car on Yawkey Way and fleeing the scene of the shooting on foot. Police also recovered shell casings that were consistent with having been fired from that gun.

Police arrested Carpenter Grady on December 2 after they found him hiding in an attic crawl space in his home in Dorchester.

Carpenter-Grady had a previous conviction for unlawful possession of a firearm back in 2012. He is due back in court on April 26.