WASHINGTON (WJZ/AP) —The deadly flooding that ravaged Ellicott City doesn't happen once in a generation, the National Weather Service says it's a thousand-year event.

The picturesque Main Street of Ellicott City faces a months-long recovery that could cost hundreds of millions of dollars after floodwaters damaged nearly every home and business along the road, officials said.

Main Street is like a fish bowl. Surrounded by high hills, it sits in a deep valley susceptible to flood waters fed by the Patapsco River and its tributaries.

Two people were killed during Saturday night's storm, when the town took on 6.5 inches of water, sweeping away hundreds of cars, tearing away sidewalks and wrecking storefronts and building foundations.

Jessica Watsula, 35, of Lebanon, Pennsylvania, had been visiting with family when she and other people tried to escape their vehicle and she was washed away, according to police, and was later found near the Ilchester Bridge about 2:20 a.m. Joseph Anthony Blevins, 38, of Windsor Mill, had been in Ellicott City with his girlfriend when their vehicle was carried away, police said. His girlfriend was able to get out and find safety, but Blevins did not make it.

Kittleman says the flooding was the worst he'd seen in 50 years living in the county, including Hurricane Agnes in 1972, which caused the river to overflow its banks. 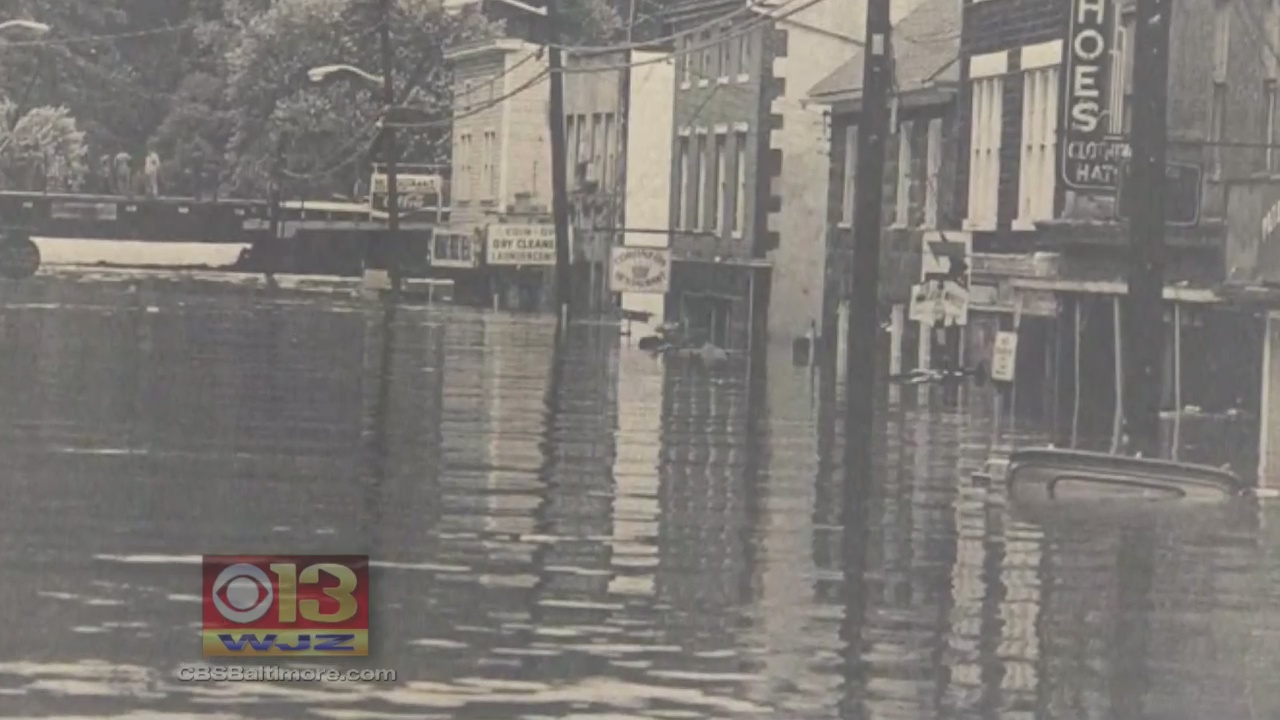 "It looks like the set of a disaster movie," Kittleman said. "Cars everywhere, cars on top of cars, parts of the road are gone, many parts of the sidewalk are gone, storefronts are completely gone."

Kittleman said during a news conference on Monday that approximately 170-180 cars have been removed from the area and taken to the Centennial High School where residents will soon be able to claim their vehicles.

Retiring U.S. Senator Barbara Mikulski, who has represented Maryland on Capitol Hill since 1976, also spoke Monday, expressing her thoughts for the people of Ellicott City and her thanks to the first responders.

"We are so sad about what happened here," said Mikulski. "We are working as Team Maryland from every level of government".

Senator Mikulski elaborated on her federal funding plan, saying that she's working with Governor Larry Hogan to submit a request to the President Obama.

"The way the process works is there first has to be a rescue response," said Mikulski. "Then second, there has to be recovery assessment--there has to be a certain economical threshold of loss that needs to meet to be qualified. We are now analyzing that and getting our material together. As soon as Governor Hogan gives it to me I will get it to the president within the hour."

Videos posted on social media showed floodwaters rushing down Main Street, which slopes dramatically toward the river, and sweeping away cars. Some vehicles came to rest on top of each other. In one video posted to the Facebook page of an art gallery, several people can be seen forming a human chain to rescue a woman from a car that was being carried down the street by waist-high water.

County officials said on Sunday that the  flooding damaged more than 200 buildings, with 4-5 of them being completely destroyed and between 20-30 others sustaining major damage. Those wishing to retrieve their vehicle can do so by calling the Resident Information Line: 410-313-2900.

Maryland Gov. Larry Hogan toured the damaged area along with Kittleman and U.S. Rep. Elijah Cummings, who has an office in the town. Hogan declared a state of emergency, which will allow greater aid coordination and assistance.

"No one has ever seen devastation like this in Ellicott City or anywhere in Howard County," Kittleman said. "There are a lot of businesses that are going to be hurting for a long time. There are a lot of people that lost their apartments and their homes."

Johnny Breidenbach, the owner and chef of Johnny's Bistro on Main, told the Associated Press that he closed his restaurant around 7:30 Saturday night, before the worst of the flooding, and he hadn't been able to get back there to assess the damage.

"They told me that the door was totally ripped away from the hinges, and I don't know how much water I have inside," Breidenbach told The AP by phone Sunday.

He said Ellicott City would recover eventually, but some business owners may not be able to wait long enough to reopen.

Some residents and business owners along Main Street got a first glimpse of destruction on Monday afternoon. Some tell WJZ's Mike Hellgren and Amy Yensi that they will rebuild.

"We lost a lot of things but they're just things and we can rebuild, but it pales in comparison to this little girl that lost her mom," said Cristine Werneck, who owns a clothing store.

Kittleman says the cleanup will take some time and that safety is paramount.

"I know a lot of you are frustrated and can't get down to Main Street," he said. "It's a disaster area down there it looks like it's a war zone, it's like something you would see from a set of a disaster movie. We want to make sure everybody's safety is paramount, we don't want people to be going into buildings that are not secure that are not sound."

RELATED: Ellicott City Flooding Victims: How You Can Help 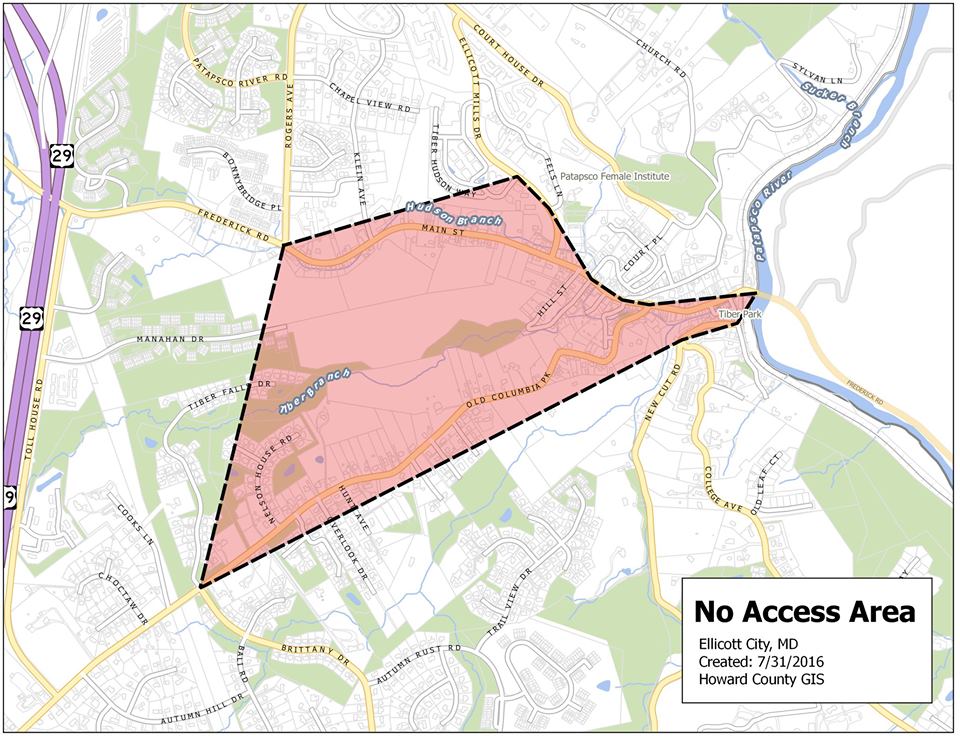 Ellicott City was established in 1772 as a mill town along the Patapsco, and many 18th and 19th-Century buildings were still intact before Saturday's floods. Once a home to mill workers, in recent decades it has become known for restaurants, art galleries, antique shops and nightlife. Main Street slopes dramatically toward the river and has long been susceptible to flooding.

The county courthouse and government headquarters are located in Ellicott City, but are on higher ground.

To learn more on how you can help the victims of Ellicott City CLICK HERE.