FREDERICK, Md. (WJZ) —A state senator from Frederick County is raising money for his re-election campaign by raffling off a semi-automatic rifle, but not everyone thinks the prize is appropriate.

It's an AR-15 and it comes with ammunition. The raffle is legal but that's not stopping critics.

The ticket is $5 for each entry and chance to win the semi-automatic rifle. The prize includes 250 rounds of ammunition. 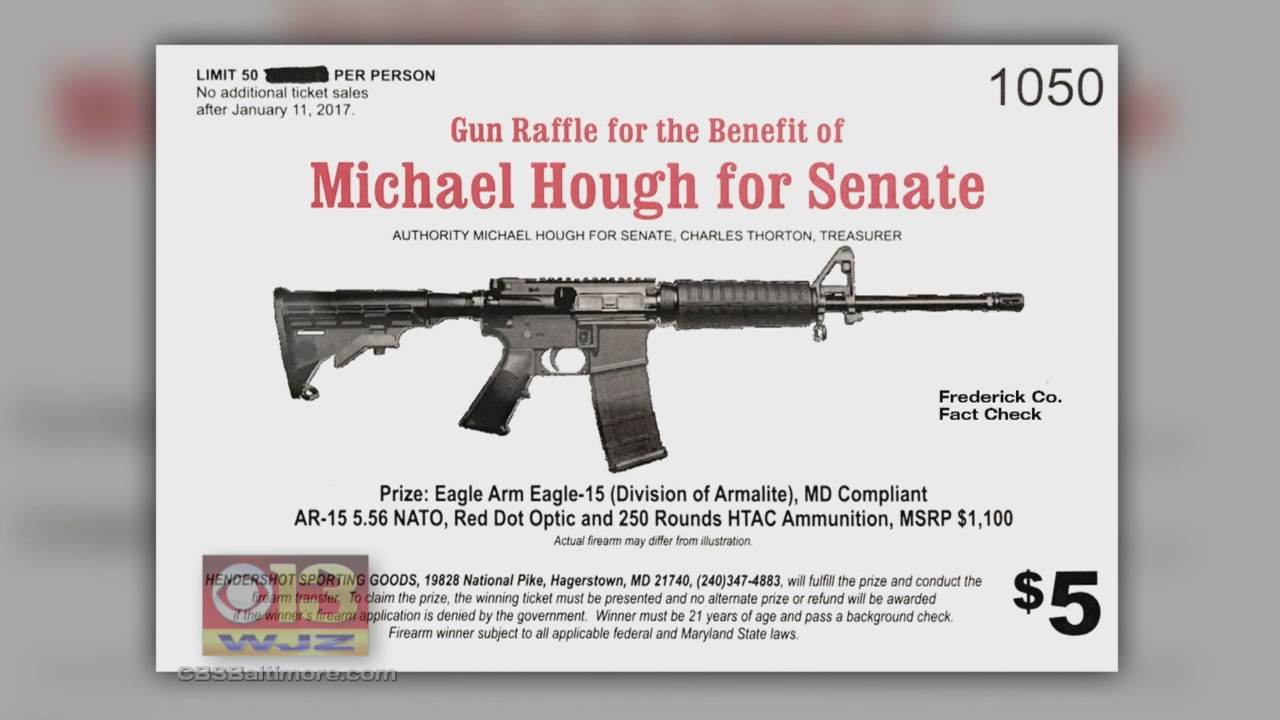 Hough announced the contest to supporters and called himself "a strong defender" of second amendment rights for law-abiding citizens.

But Jen Pauliukonis with Marylanders to Prevent Gun Violence, points to the rising number of mass shootings and gun violence in Baltimore, which surpassed 300 homicides for the second year in a row, as proof that the Frederick County Republican, missed the mark with this idea.

"State Senator Hough is showing an overwhelming indifference to that suffering by raffling off this AR-15 as a way to profit off of that for his campaign," said Pauliukonis.

In 2013, Maryland passed some of the toughest gun laws in the country, with the firearm safety act but certain types of AR-15's were exempted. The raffle-rifle, is one of those weapons.

"It's a lawful product being transferred in a lawful manner. I don't see any controversy," said Mike Doherty, legislative vice president for the Maryland State Rifle and Pistol Association.

Other political candidates have announced similar contests, including Republicans Andy Holt of Tennessee and Corey Stewart of Virginia .

WJZ reached out to his campaign for a comment and have not heard back.