BALTIMORE (WJZ) -- In an effort to raise funds, the USS Constellation has been partnering with a local distillery to produce rum aged in the ship's hull. On Wednesday, the last four barrels were removed.

After a nearly eight-month delay, the USS Constellation was finally able to unload some precious cargo: four barrels filled with rum that had been aging in the ship's hull since March 2019. 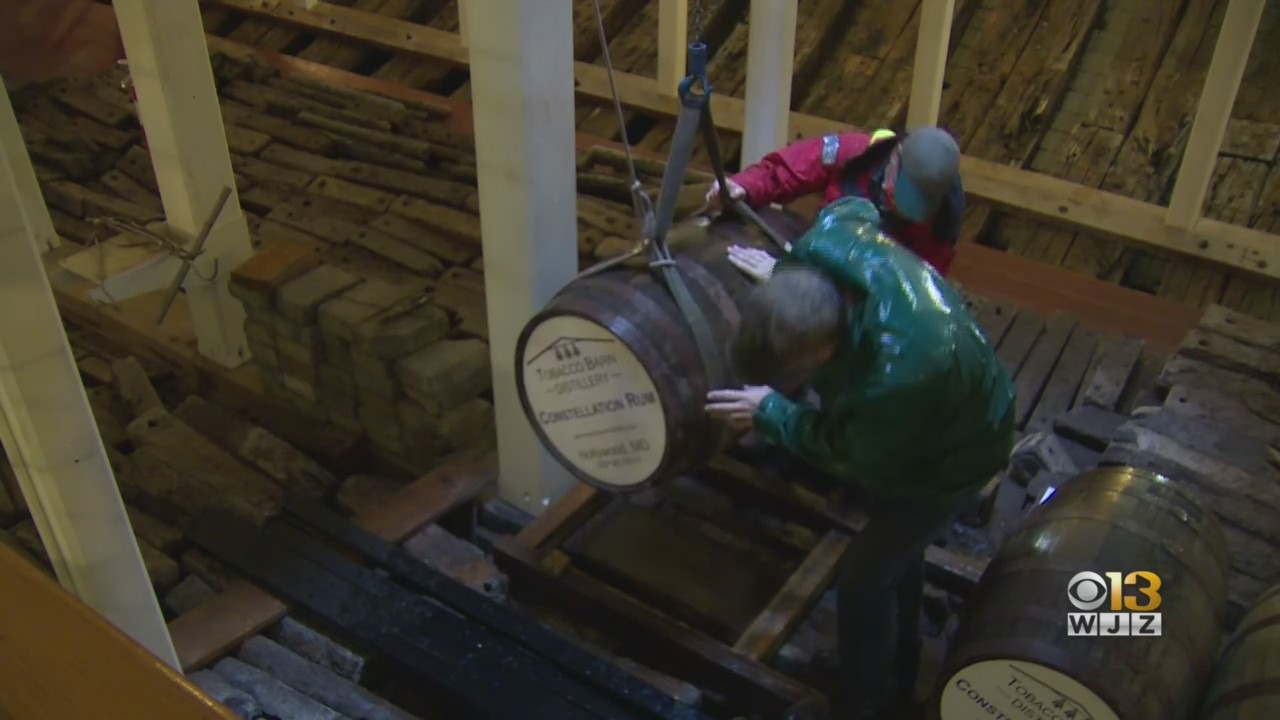 "We age it in used bourbon barrels and it's always moving, rocking and rolling on the daily tide, and then you get a nor'easter, it gets great oxidation. It's a really nice aged rum," Scott Sanders of Tobacco Barn Distillery said.

Done in partnership with Tobacco Barn Distillery, this is the fourth year for the USS Constellation Rum. But rum on the nearly 170-year-old warship is not a new concept.

"When this ship was built, they had either rum or whiskey on it and it was part of a sailor's pay," Sanders said.

This rum won't be offered as pay, but rather sold at Total Wine & More, with the proceeds going back to help keep Baltimore's historic ships afloat.

"I have tried the rum, within moderation, and it is excellent," Rowsom added. "It gets better and better every year."

This is the fourth and final voyage for the USS Constellation rum.