Mike Hellgren reports I-97 and other roadways are sheets of white.

The roads are very slick with a combination of snow and ice on them.

A snowstorm this large is rare in March and it caused dozens of accidents statewide, including one on the Beltway.

The driver slid on the pavement and became lodged on a guard rail. 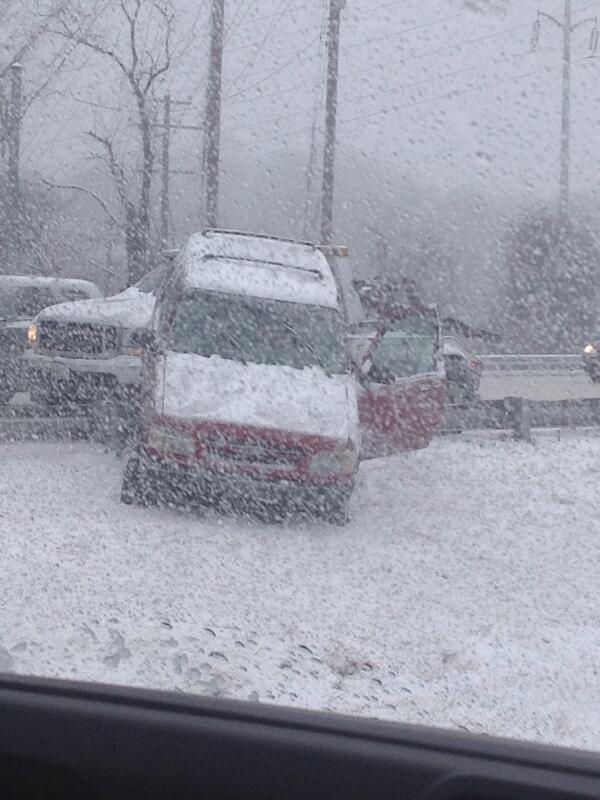 "If you don't have to get out here, don't," said Dave DeShields, tow truck driver.  "It's not worth it.  This guy right here wasn't going too fast and he slid right under the guard rail."

More than 2,000 plows worked to clear roads across Maryland. The ice pack below the snow proved challenging.

The State Highway Administration, city and county governments have blown through their snow removal budget.

"We did see the snow shift from a lot of snow in Western Maryland to now a rain, snow and sleet mix in the metro area. Of course, we started to see the snowfall on Eastern Shore, too," said Kellie Bouleware, State Highway Administration.  "We have crews on all our state-numbered roads and they will be working all day long."

"Right now the snow is packing on top of it, so we salt as much as possible, but we can only do it so much," said Nick Messineo, plow driver.

The massive storm is leaving behind Arctic cold in its wake. Twelve people have died in Maryland this winter because of the cold.

And the temperatures will stay below normal.

"I'm ready to move to Florida," said one man.

The State Highway Administration has spent $114 million this year on snow removal.  The budget was $46 million.

A small silver lining: BGE has reported only a few power outages in our area.