BALTIMORE (WJZ) -- The forecast of a late weekend snowfall has gone according to "the script."

And yet at the same time, it has been an impressive snow event, especially since the temperature in the Baltimore area hit 60 degrees on Saturday.

Snow totals ranged anywhere from one to two inches inside the beltway, to upward of four inches in portions of Carroll County. 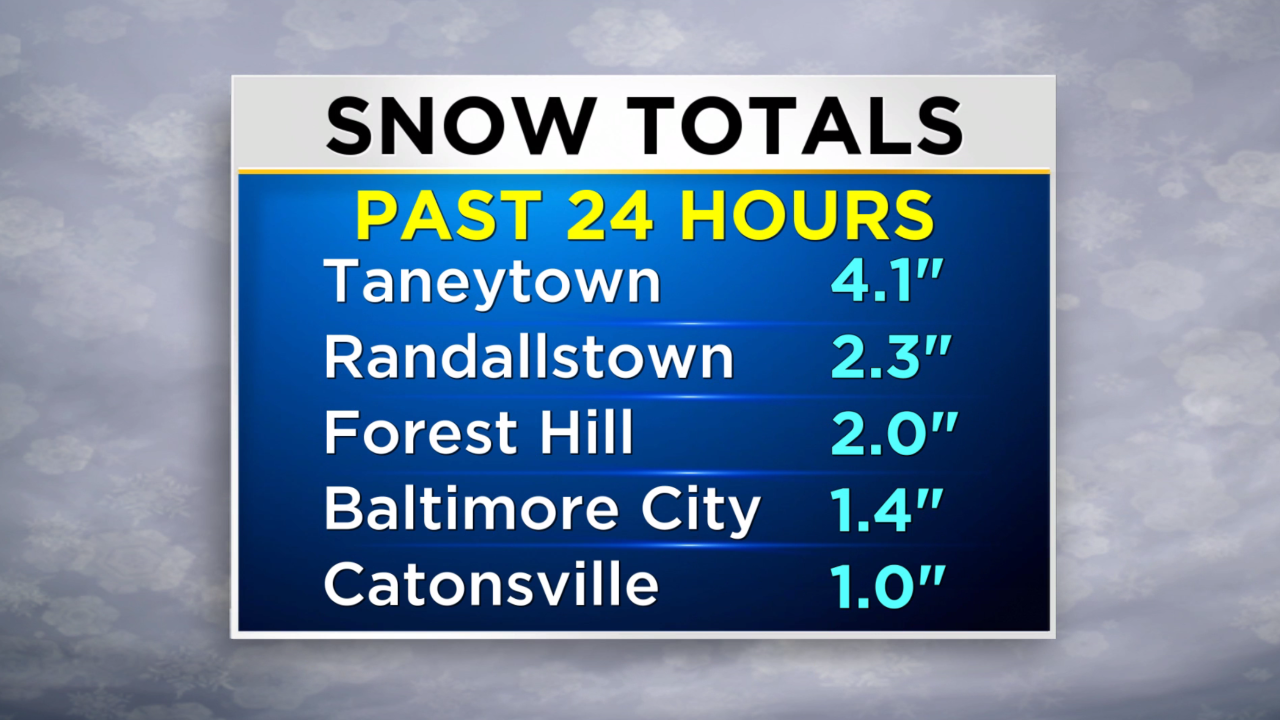 The weather has not thrown any curveballs.

Now, the skies are slowly clearing, there's a bit of a breeze, and the Baltimore area is experiencing a chilly day.

There was a one-to-three-inch snowfall. For the most part, the snow accumulated on non-paved surfaces.

As for the roads and sidewalks, they were just wet or slushy. That was partly due to the very mild temperatures that nested over the area for the past few days and the bright sunshine. Those things really warmed up concrete and asphalt.

With clearing skies and a little breeze, the roads and sidewalks may dry quickly.

But note that anywhere water or slush stands still could be dangerous since there will be a refreeze overnight.

As temperatures fall into the 20s close to the city and teens for the suburbs, any wet and untreated surfaces will freeze, resulting in slippery conditions.

As a result, WJZ will be keeping its Alert Day in effect.

A look at the seven-day forecast shows a big warmup though. Once the chill of tomorrow subsides, the temperatures will rise.

On Tuesday the highs will return to the 40's and temperatures on Thursday are forecast to be just shy of 70 degrees.

Even after a cold front dives across the Mid-Atlantic on Thursday night, the daytime highs will only drop to about average which is now in the mid-upper 40's.