BALTIMORE (WJZ) -- Long-distance runners are a unique bunch. They train for months to run a marathon, which is 26.2 miles.

In one group, there's a camaraderie among these early morning runners.

You may have seen them logging miles around Columbia. And at the center of it all is a man who has a running company.

His name is Bill Sciannella, and out of all the runners in his group, he's the only one who is blind. That hasn't stopped him from running 23 marathons since 2001.

"We got off, and 11 and a half miles into it, my running guide who I had been doing all of my training with hurt his leg and couldn't continue," Sciannella said, describing a moment during that first marathon in Baltimore. "It just so happened that a friend of his passed us as we pulled over on the side, and my running guide said, 'Can you guide Bill?'" 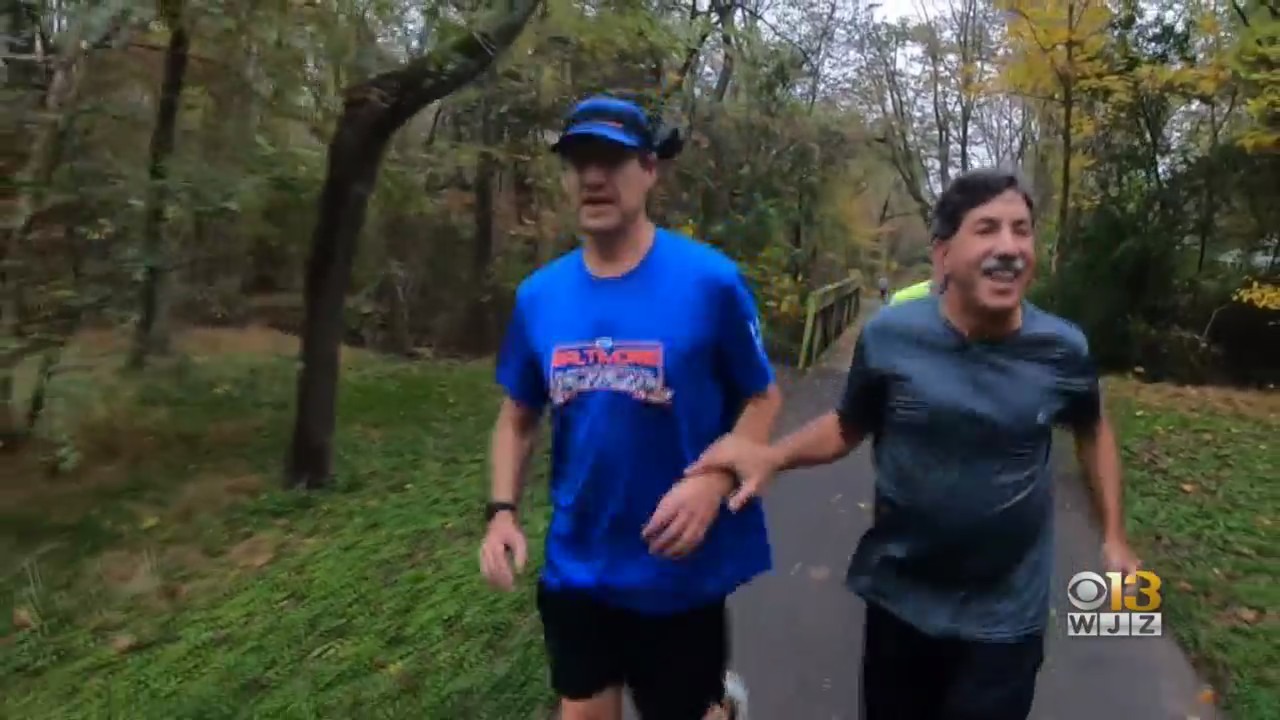 Sciannella ended up running with about five or six different people and the last person was a runner from Baltimore County.

"It happened to be the fastest marathon I have ever done," Sciannella said.

He may not be able to see, but he knows the landmarks.

Beach is one of Sciannella's running guides.

"It takes some getting used to. It definitely is some trial and error, but after three or four times, you start to understand exactly what it takes," Beach said.

Sciannella thinks he's had more than 100 guides over the years, and a sense of humor is part of the job description.

"It's a little joke in our running group that you can't really be in the club until you run me into something," Sciannella said.

So what's next for Sciannella? He qualified for the Boston Marathon this year, but it was postponed. He was waiting to see if he could run it in April but it's been pushed to the fall.