MARTINEZ (CBS SF) -- Police surrounded a car in Martinez Thursday night, as a suspect who allegedly fatally shot a woman in Walnut Creek was believed to be inside, according to police. 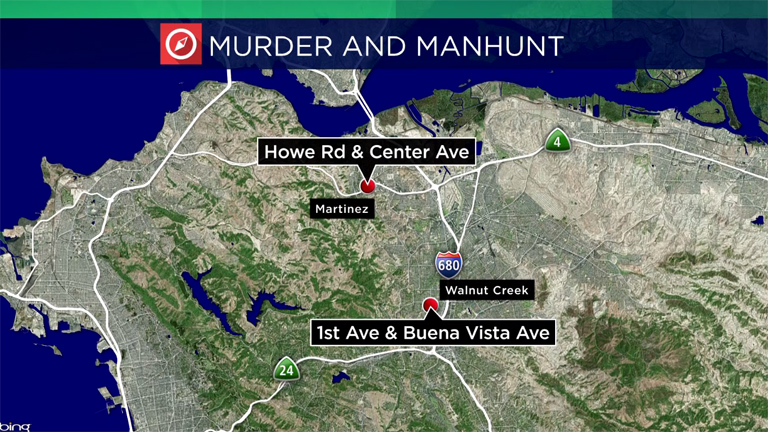 Negotiators with the county's SWAT team were near the corner of Howe and Old Orchard roads attempting to get the suspect to surrender, police said.

In a statement, Walnut Creek Police Department spokesman Lt. Tom Cashion said of the standoff situation, "We are doing our best to resolve this with no more loss of life."

Police searched for the suspect all afternoon and evening, after he allegedly shot and killed a woman near the Lindsay Wildlife Experience in Walnut Creek earlier Thursday.

The fatal shooting occurred at about 1:30 p.m. in the 1900 block of First Avenue, police said.

At the location, officers found the victim suffering from at least one gunshot wound and began providing "life saving measures," but she died at the scene, according to police.

Howe Road between Vista Way and Pine Street was closed to traffic and residents were asked to avoid the area.