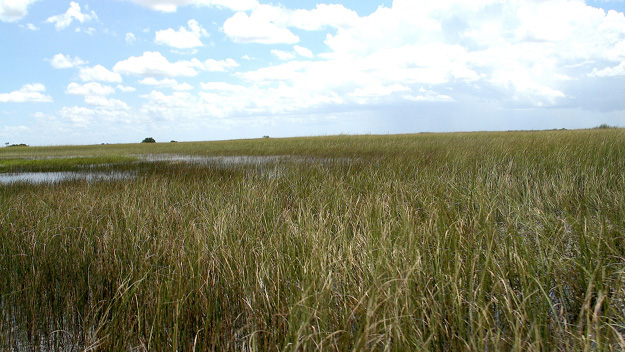 Extending 1.5 million breathtaking acres, Everglades National Park is the largest subtropical wetland ecosystem in North America. It's also the third largest national park on the continental U.S. and should be included on anyone's bucket list of sites that must be visited at least once in a lifetime. If you're thinking of visiting this vast region, use this handy guide to provide you with tips on where to stay, where to eat and what to see in one of the most important biosphere reserves on the planet.

Many tours of the Everglades are available in South Florida, particularly from Miami. Recommended tour operators include Miami Tour Company, Miami Double Decker, Grayline Miami and Everglades City Airboat Tours. All these tours include an airboat ride through a section of the Everglades. Three concession tours authorized by Everglades National Park are also available.

Related: How To Stay Healthy While Traveling
When To Go

Although Everglades National Park is open year round, the best time of the year to visit is during the winter dry season from December to April, with temperatures ranging from the low 50s to the upper 70s.

There are no lodging facilities within the park. However, there are two drive-in campgrounds at the Lone Pine Key Campground and the Flamingo Campground located near the Flamingo Visitor Center. Sites at Lone Pine are available on a first-come, first-serve basis and group reservations are only available after November 20. Reservations at Flamingo are accepted only during the peak months, from November 15 to April 15. Additionally, there are several backcountry campsites and permits are required.

Miami has the largest concentration of overnight accommodations, from hostels and low budget motels to mid-ranged hotels and luxury resorts. One of Miami's hostels was once voted the best hotel in America.

A list of recommendations of where to dine in Miami, Homestead and Everglades City.

Miami has a wide assortment of cheap eats and upscale restaurants, including some of the finest in the country. Take a look at these suggestions, all the way from the budget-minded side of things to fine dining experiences. No matter what you are in the mood for, you'll find an option here for you and your family.

How To Get Around Everglades National Park

No visit is complete without a ride through the Florida Everglades on one of their world famous airboats. Tours originating from Miami typically include a guided one-hour airboat ride, allowing passengers to view a biodiverse collection of native flora such as duckweed, water fern and pennywort and fauna such as the American alligator, redbelly turtle, pig frog, West Indian manatee, roseate spoonbills and wood storks. Recommended airboat tour operators not previously mentioned include Gator Park Airboat Tours, Buffalo Tigers Airboat Tours and Speedy Airboat Tours.

One of the three authorized concessions in the Florida Everglades, this tour group leads visitors on a two-hour journey through the park's northern region. A top highlight on this 15-mile loop into the "River of Grass" is a stop at the 45-foot high observation deck, allowing guests to enjoy panoramic views of the Everglades, with visibility up to 20 miles on a clear day. Shark Valley Tram Tours also offers bike rentals to ride along the 15-mile paved road, estimated to take between two and three hours in duration. People interested in taking this fascinating tour can find Shark Valley Tours near the Shark Valley Visitor Center, 25 miles west of the Florida Turnpike.

Described as the premier airboat tour in the Everglades, Gator Park really deserves mention all by itself. Open daily, rain or shine, the entertaining park runs airboat guided tours every 20 or 30 minutes with no reservations. Admission to the park includes an airboat tour and wildlife shows. Gator Park also has a stationary airboat where visitors can take photos and selfies. Private airboat tours are also available for up to 12 people. Gator Park is located off Highway 41, about 28 miles west of Miami.

This section, formerly known as Royal Palm State Park, is home to the Everglades' most famous and most popular trail - the Ahinga Trail. Beginning near the Royal Palm Visitor Center, this .8-mile round trip trek features a boardwalk over scenic Taylor Slough. Visitors on the trail may have the opportunity to see many of the park's famed wildlife, including alligators, turtles, herons, egrets and its namesake – the ahinga, also known as a snakebird or darter.

Related: Best Fishing Destinations In The US
Randy Yagi is a freelance writer covering all things San Francisco. In 2012, he was awarded a Media Fellowship from Stanford University. His work can be found on Examiner.com Examiner.com.